However, the provider is under no legal obligation to refund overpayments.

Providers, Don’t Be Bullied By Conduent

Conduent, a business process service contracted by several claims administrators, has recently approached some of our providers to demand refunds, and is seemingly unwilling to take “no” for an answer. Unfortunately for Conduent, “no” is the only answer they’ll get, absent the rare conditions that necessitate a refund.

Conduent approached one provider on behalf of third-party claims administrator Sedgwick Claims Management, demanding restitution of funds following an error that resulted in payments above Official Medical Fee Schedule (OMFS) rates. The provider pushed back, referencing our last blog on the topic, which explained the precedent set by certain California district court and WCAB decisions.

In response, the Conduent representative cited California Insurance Code Sections 10133.66 and 10123.14, regulations which require restitution of overpayment...for bills covered under life and disability insurance, not workers’ compensation. Whether Conduent is genuinely ignorant of California workers’ comp law, or simply hoped the provider was, is unclear.

Either way, Conduent is out of line — and well out of its depth.

Conduent also sent a letter to a provider on behalf of Athens Administrators requesting a refund. In this case, the letter referenced a PPO contract, which could theoretically entitle Athens to a refund. But suspiciously, or carelessly, or both, Conduent failed to cite the specific contract in question. 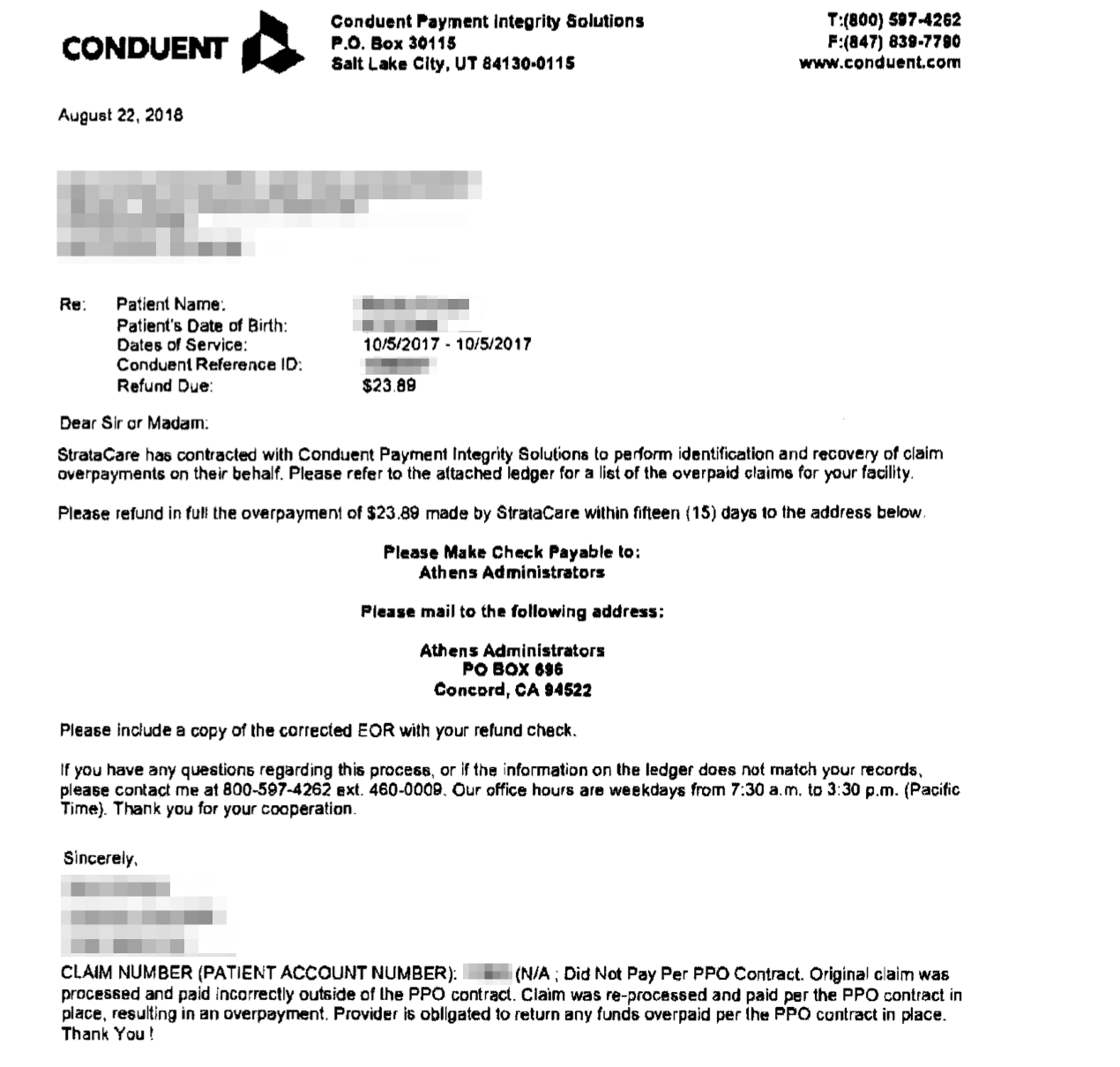 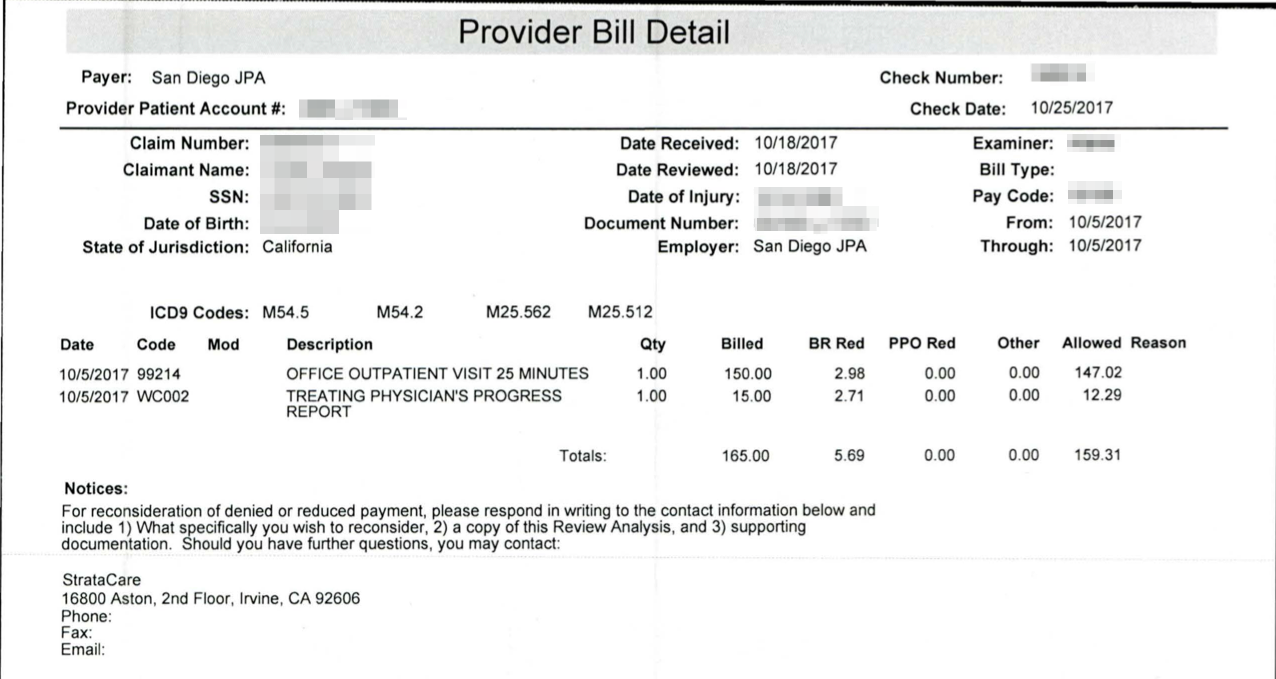 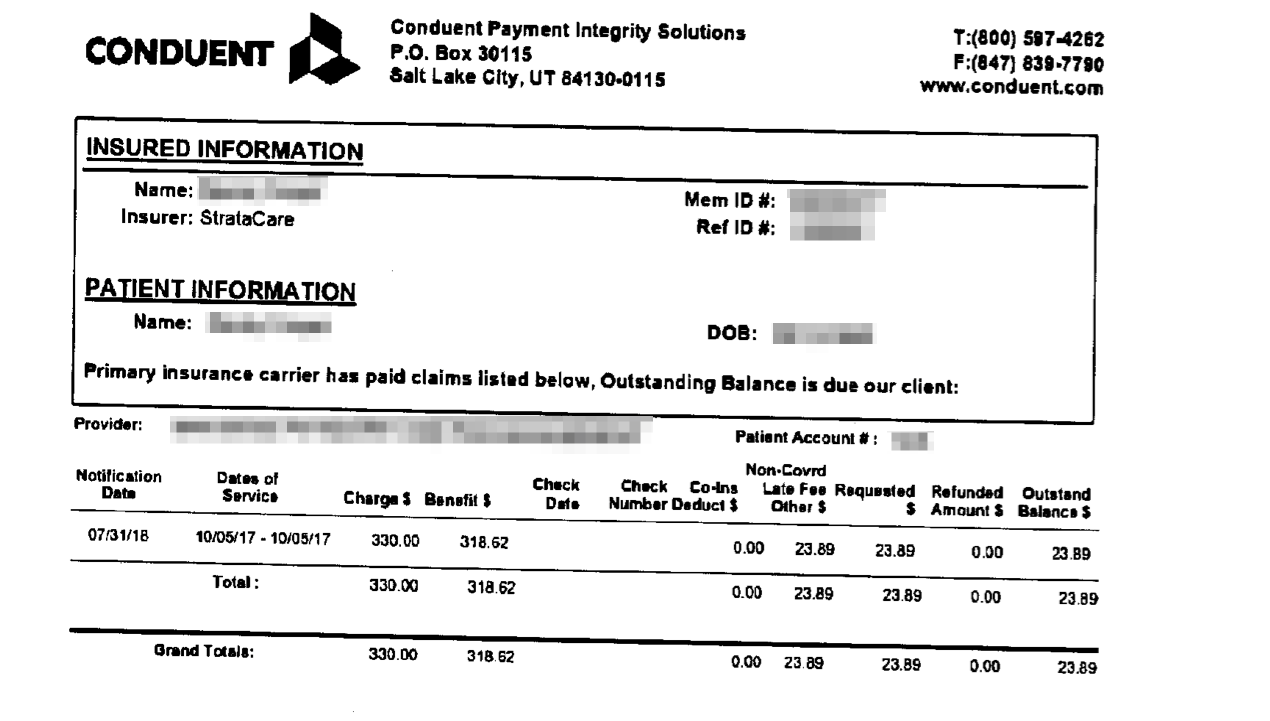 Whether Conduent is incompetent, or simply trying to create enough confusion to baffle the provider into paying up, this is no way to obtain a refund, even one that may be contractually owed.

How To Respond to Refund Demands

As we’ve unfortunately seen before, some claims administrators (or their agents) attempt to intimidate providers into remitting refunds, despite the legal realities. If your office faces such aggressive demands, we suggest using the following language in response:

In American Psychometric Consultants, Inc. v. Workers' Comp. Appeals Bd. (1995), the California Court of Appeals ruled, absent fraud, that providers are under no obligation to return funds to a payer even when the payer believes it incorrectly reimbursed the provider. The WCAB has followed the higher court in denying restitution in Silvia Mora v. Steelcase, Inc.; Liberty Mutual Insurance Company.

The decisions reference both medical-legal services and medical treatment, and disallow the demand for a refund by employers and carriers. As stated by the Court of Appeals and reiterated by the WCAB, “No one can operate a business on receipts only conditionally possessed, and medical providers are no exception.”

We, therefore, refuse to refund the requested reimbursement.

Law (and Precedent) Are On Providers’ Side

As we explained then, there are only two situations in which the claims administrator can legally compel the provider to return funds already paid:

If neither of these two conditions apply, a refund is entirely at the provider’s discretion.

Approving restitution...would set a precedent which would have unfortunate consequences for the workers' compensation system...No one can operate a business on receipts only conditionally possessed, and medical providers are no exception.

The American Psychometric decision annulled three previous Workers’ Compensation Appeals Board (WCAB) restitution orders, and set a precedent against refunds that the WCAB continues to follow.

The law is the law, and California workers’ comp law favors the provider in these situations, for good reason. As long as that remains true, providers can rest assured that payments for services rendered are final.

We get it: calculating the correct reimbursement can be challenging, to say the least. Make it easy with the OMFS Calculator, included in our Work Comp Wizard. Try it free today.

One of the best ways to make workers’ comp billing a little easier? Start with a bulletproof intake process. As New York State transitions to faster, more efficient el...