Sedgwick Fails the University of California

Employers: when choosing workers’ comp insurers or third party administrators, pay attention to how these companies actually carry out their responsibilities as a reflection of the care given to your injured employees.

University of California: A Self-Insured Employer

An employer that chooses to self-insure is required to provide the same scope of benefits as an insurance company. These self-insured employers must also comply with all California laws and regulations that govern workers’ compensation, including the laws and regulations governing the processing of medical bills sent by providers who treat injured workers.

Sedgwick Fails the University of California

Today, we report on how one client gave us the head’s up on Sedgwick’s failure to compliantly carry out the job for which it was hired by the University of California. Specifically, since August, Sedgwick has been incorrectly rejecting valid electronic bills transmitted by providers. Further, Sedgwick has so far been unable to work out a solution with its clearinghouse vendor, WorkCompEDI, to correctly identify and process University of California electronic bills.

On 8/24/2020, via the DaisyBill live chat, a client reported the first incorrect electronic bill rejection for injured employees of the University of California, San Diego. The rejection messages sent by Sedgwick incorrectly indicate “claim not found” for valid claim numbers associated with valid injury claims. 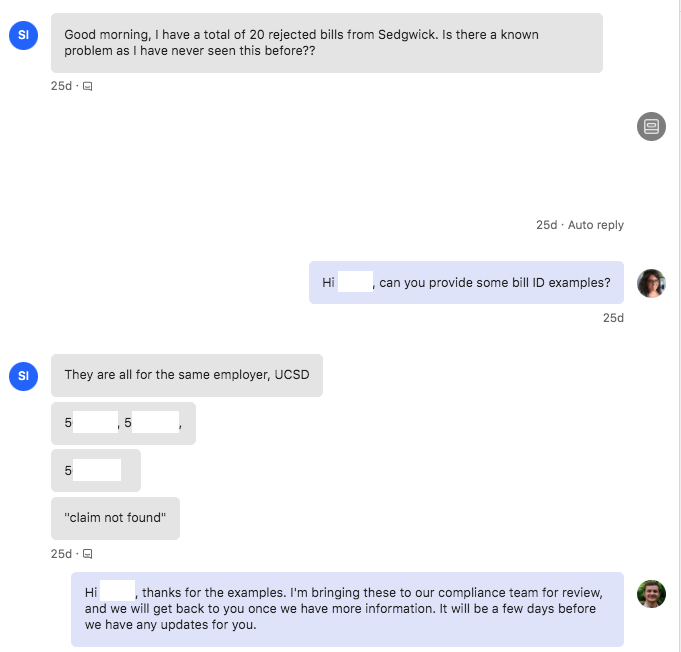 After our client alerted us about the Sedgwick e-billing error, DaisyBill immediately contacted the clearinghouse for Sedgwick, WorkCompEDI, to report that bills with valid claim numbers were being incorrectly rejected as “claim not found.”

While it is never DaisyBill’s role to manage compliant e-billing for Sedgwick on behalf of the University of California, since WorkCompEDI failed at addressing its client’s noncompliance, we contacted Sedgwick to discuss their error and have so far only been able to leave a message.

Important: For our DaisyBill clients, this Sedgwick e-billing error does not impact bill payment, as the rejected bills are now being sent to Sedgwick via facsimile for processing. Unfortunately, all other electronic billing providers need to determine how to transmit your bills for payment when treating an injured employee from the University of California.

Until Sedgwick, WorkCompEDI, and the Regents of California become compliant with the laws of California, we will continue to fax these bills. We have also placed an alert on the bills encouraging our clients to file an audit complaint with the DWC regarding Sedgwick’s noncompliance. 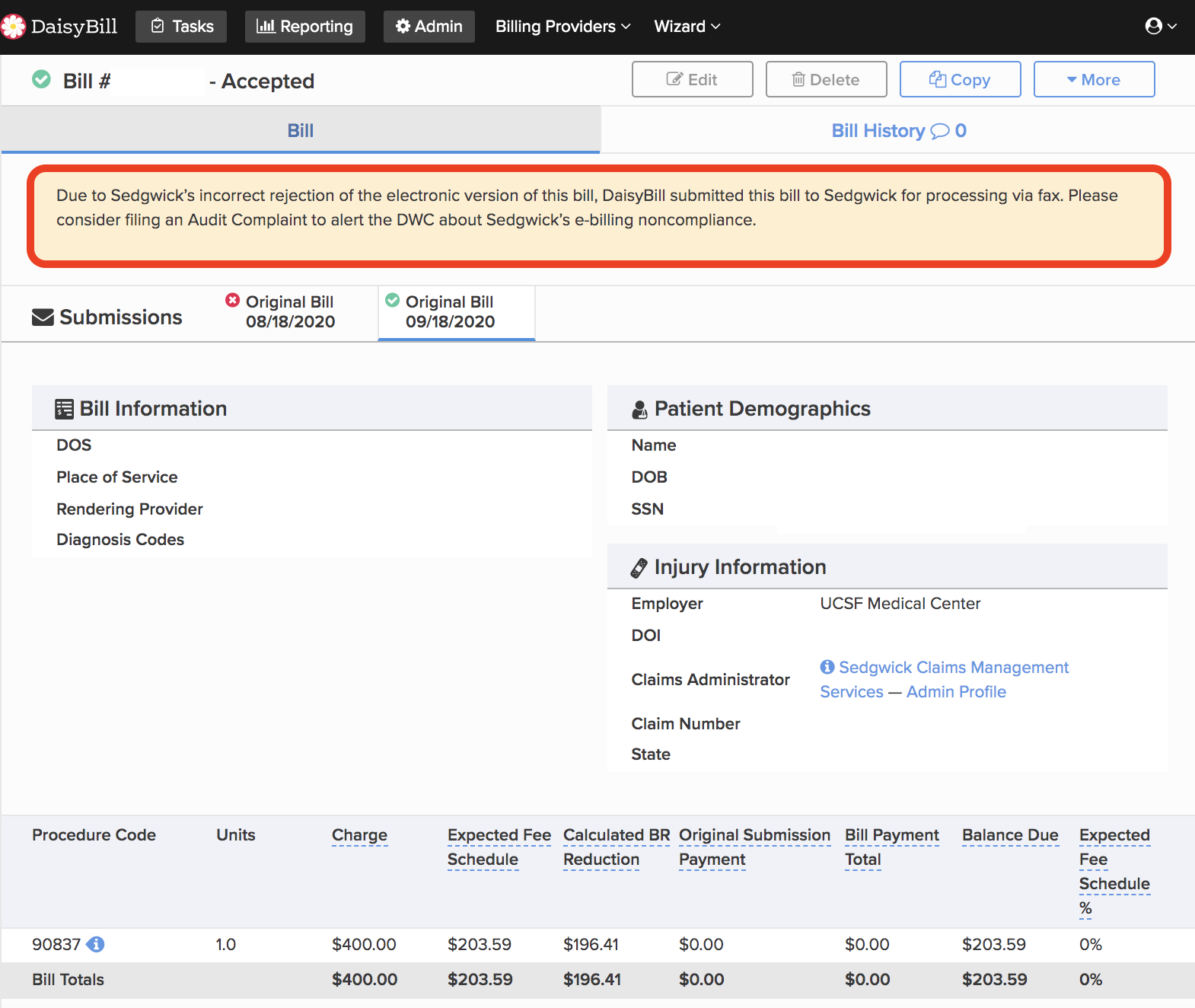 For a short refresher on the relationship between employers, insurers, and third-party administrators, (and the many, many permutations thereof), head over to our free webinar library. Watch this 48-minute video, the first course in our Work Comp 101 micro-university, to learn all about the messy relationships that determine how things actually get done in our industry.

On Friday, DaisyBill took the unusual step of directly contacting dozens of California claims administrators. We wanted to enlist these organizations’ assistance to resolve a...

Recently, one of the six clearinghouses hired by claims administrators to accept electronic workers’ comp bills suffered a technical error which resulted in the clearinghouse...