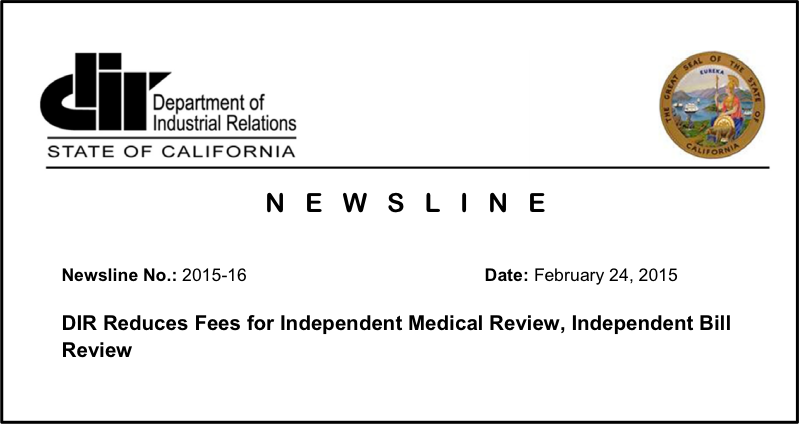 The DWC seems to have heard and acted on provider complaints that the old fees were prohibitively high and prevented many from pursuing the remedies offered by IBR and IMR.

Now that IBRs are less expensive, providers have even more reason to file Second Bill Reviews (SBRs), because you can’t file an IBR unless you previously submitted an SBR.

Highlights of the reductions:

These fee changes are the second round of fee reductions for IBRs and IMRs, following on the 25% reductions from April 1, 2014.

See Department of Industrial Relations Newsline No.: 2015-16 for more details.