Preferred Provider Organizations (PPOs) profit from reducing the reimbursements providers receive for treating injured workers. Yet, we would argue that providers (and injured workers) receive nothing from the PPO in exchange. All too often, the only thing providers get from these dubious arrangements is grief.

Case in point: ESIS, Conduent, and Stratacare systematically harassed a physician's office in an attempt to extract $20.60 from the beleaguered provider. These entities claim the provider owes this money because ESIS failed to pilfer its pound of flesh (i.e. the PPO reduction) when ESIS initially processed the original bill.

We’ve seen this type of intimidating behavior from Conduent before, most notably concerning collecting overpayments. This despite the fact that by California law, a provider has no obligation to refund overpayments.

On 12/17/2019, ESIS reimbursed a provider $137.35 for services rendered to an injured worker. The reimbursement represented 100% of the payment due to the provider per the California Official Medical Fee Schedule (OMFS), and not a cent more.

What followed was a campaign of harassment more akin to telemarketing scams than the business of healthcare. Seven months after reimbursement, the payment persecution commenced. ESIS and Conduent repeatedly contacted the provider, demanding the provider remit $20.60. Why? Because ESIS failed to reduce the provider’s reimbursement per an alleged PPO arrangement.

ESIS/Conduent/StrataCare continually hassled the provider, insisting they were owed 15% of the reimbursement back based on an undocumented — and undeserved — PPO discount arrangement.

Below is a summary of the sustained badgering endured by this provider. Notice that the documentation supporting this demand does not list a PPO name that would allow ESIS/Conduent/StrataCare to take 15% of the provider’s reimbursement. Without a valid contractual arrangement, this isn’t enforcement of an agreement. It’s simple theft, aggravated by a campaign of harassment.

Outrageously, in the redacted letter below, Conduent had the temerity to claim “Unjust Enrichment” by the provider. Yet without specifying the agreement, in contravention of the rules regarding overpayments, this unscrupulous trio attempted to enrich themselves by bullying a physician. 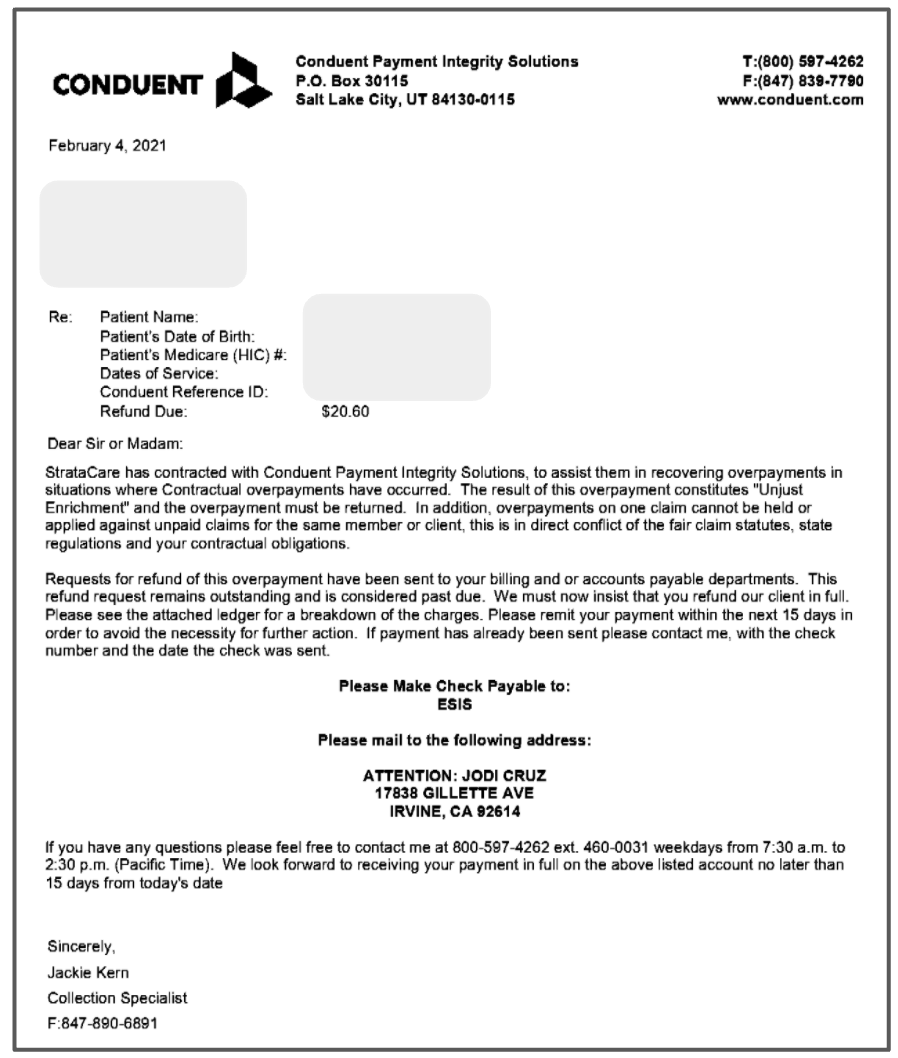 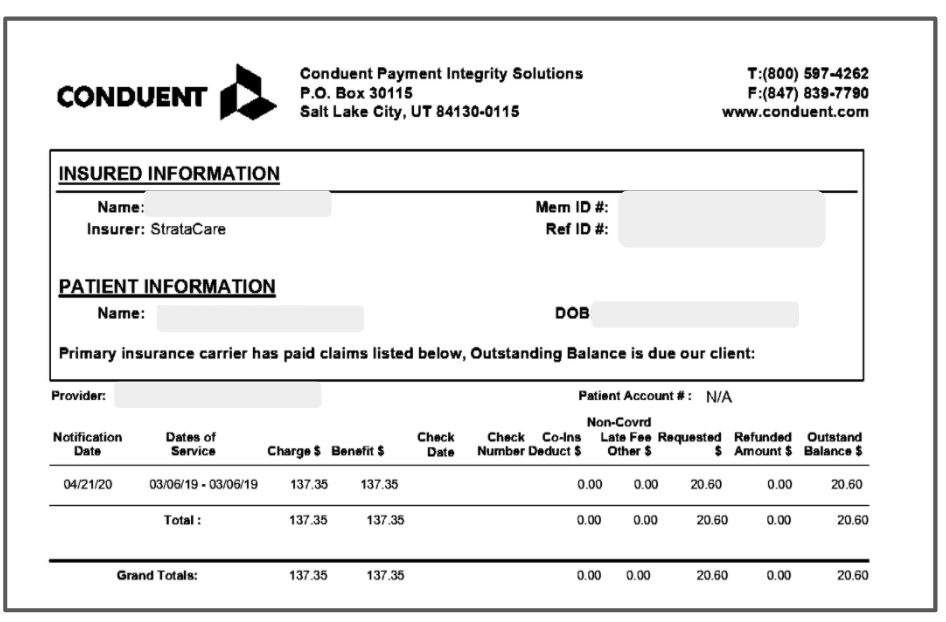 This is the net result of PPO reductions: wasted time and resources for all concerned.

Conduent, et al are waging a campaign of annoyance in pursuit of $20 they forgot to pilfer, based on a contract they refuse even to substantiate. The entire ordeal exemplifies what’s wrong with workers’ comp, and why so many providers choose to avoid it.

All states should consider banning these PPO reductions from their workers’ compensation systems. In practice, the primary function of PPOs is to profit by draining resources from the providers who treat injured workers. Rather than improving outcomes, PPOs function as leeches, feeding off providers’ work and exploiting the desire of payers to reduce their costs —  all without adding any value whatsoever.

Join the fight for better billing! See how your practice can benefit from our workers’ comp expertise and advocacy. Schedule a call to see what DaisyBill can do for you.

Broadspire Knows No Law But Its Own

Broadspire continues to break the rules, seemingly confident that California regulators will not hold the claims administrator to account. For months, we reported on B...

Zurich recently denied liability for an injured workers’ treatment, claiming the 2003 injury was not work-related — despite the fact that Zurich already authorized the treatm...