Confused? Below see a handy reference table which lists all of the 2016 Physician Fee Schedule reimbursement changes. There's five total, as the DWC announced some some of the changes in 2015.

DaisyBill’s billing software and calculator software is already up-to-date with these reimbursement changes. Below the reference table, see the new reimbursement for CPT 99214.

Stop scrambling when the OMFS changes, to instantly determine the new reimbursement amounts, sign up for a free trial of DaisyBill’s OMFS Calculator. 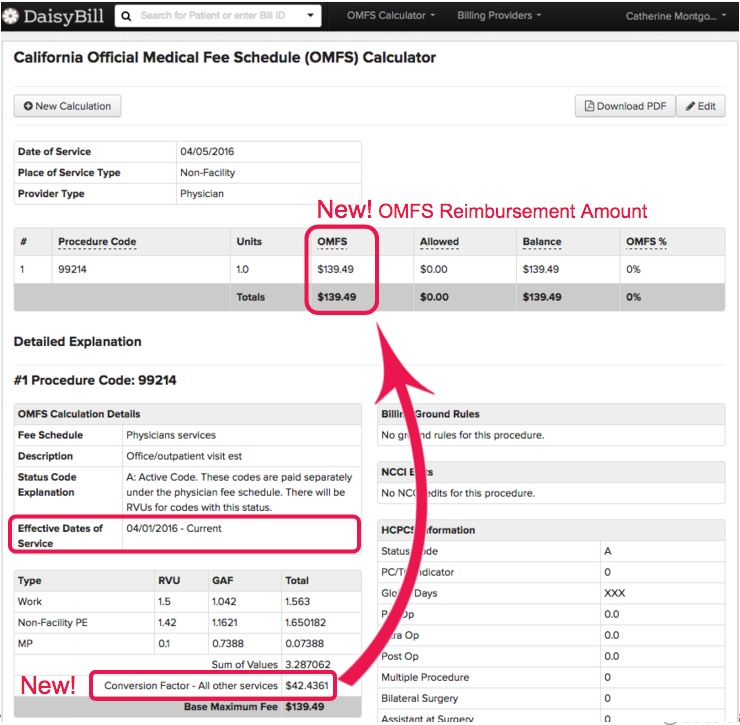 This is part two of our series analyzing telehealth reimbursement rule changes that were announced last week by the Centers for Medicare &amp; Medicaid Services (aka “CMS'' or “M...