Blog Home > Maximus Gets It Wrong in 99358 IBR Decision

Maximus Gets It Wrong in 99358 IBR Decision

Maximus Federal Services, the arbiter of Independent Bill Review (IBR) for the California Division of Workers’ Compensation (DWC), has denied payment to a provider due to an error on Maximus’ own part. The mistake, based on an outdated status code designation for CPT codes 99538 and 99359, is one DaisyBill anticipated. With Maximus behind the curve on changes to the Official Medical Fee Schedule (OMFS) effective this year, other providers may be in danger of the similar mistreatment.

99538 and 99359 are CPT codes for billing prolonged services without direct face-to-face contract.[1] The codes are typically (but not exclusively) used to bill for time spent reviewing records (for any time spent exceeding 30 minutes). For most of its history, 99358 was billable; it was a paid service under the DWC schedule’s Table A for over nine years. That changed when SB 863 upended the work comp system, replacing the DWC Table A with the Medicare-aligned RBRVU-based physician fee schedule. 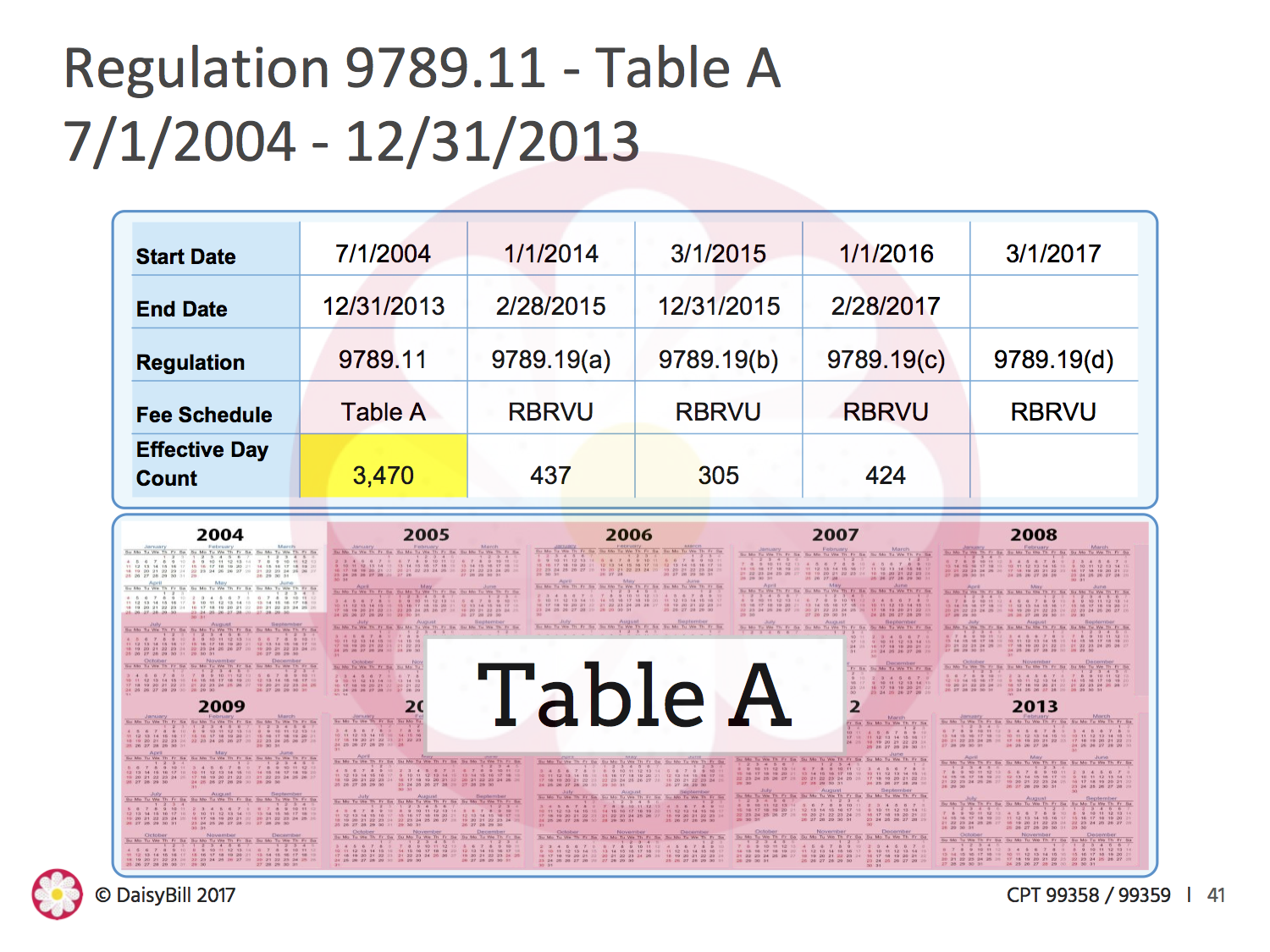 The RBRVU-based Physician Fee Schedule took effect in January 2014. At that point, the OMFS designated 99358 as a status code “B,” which meant that 99358 was no longer reimbursable. For over three years, 99358 was not payable, and claims administrators acted accordingly.

All that changed on March 1, when the acting Administrative Director of the DWC adopted Medicare’s RVUs for 2017. Under the new fee schedule, RVU17A designated 99358 status code “A,” a payable service for all dates of service on or after March 1, 2017. 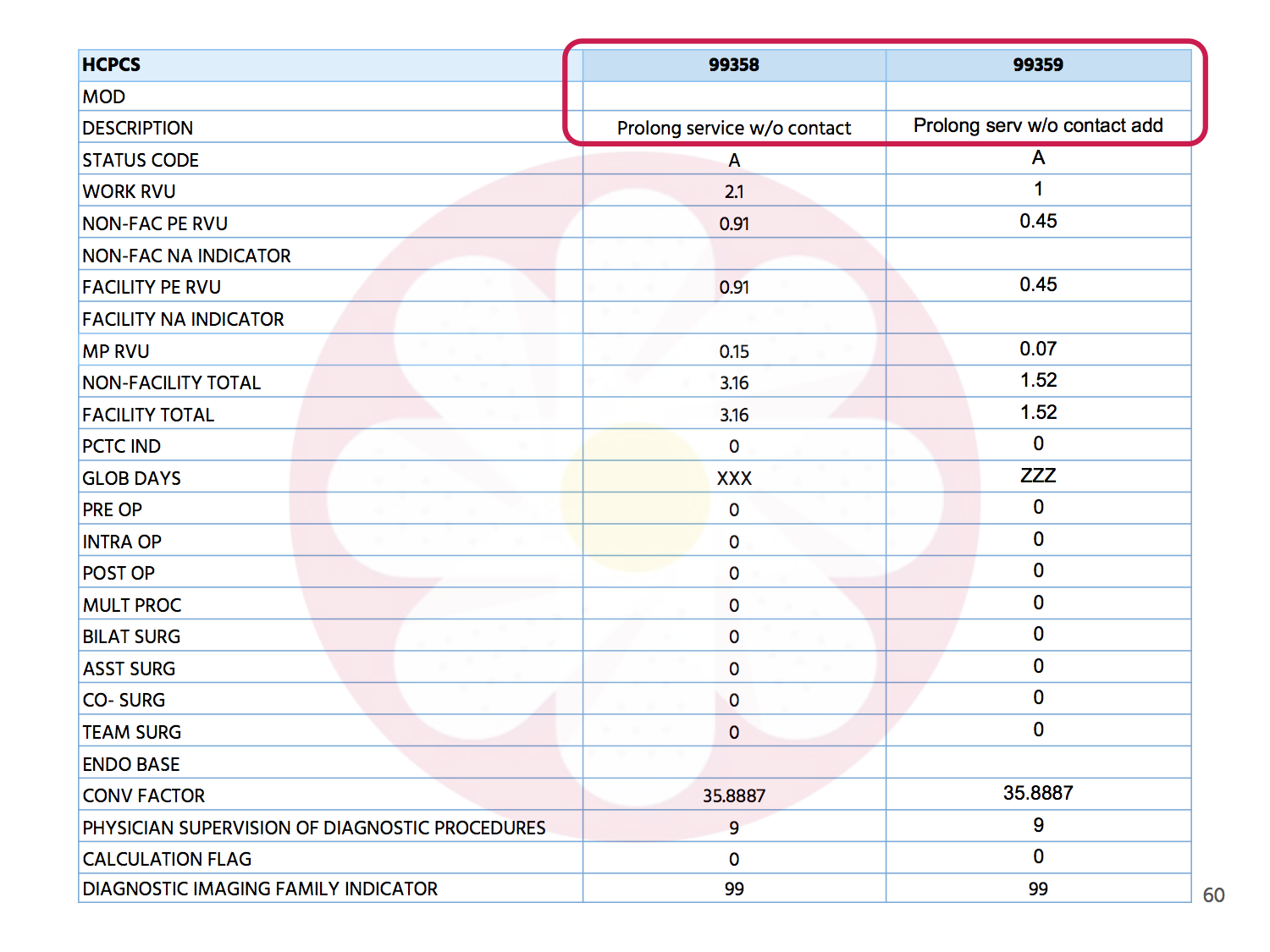 The bottom line: Maximus is wrong.

Since the adoption of RVU17 by the DWC, Maximus’ information is outdated. As anyone who deals with workers’ comp billing knows, fee schedules change often. Staying on top of those changes is crucial to maintaining accuracy in reimbursement. In this case, the Maximus IBR decision incorrectly applied an outdated reimbursement standard.

Given the effort providers expend at every stage, this decision by Maximus amounts to a gross injustice.

No provider should have to accept improper reimbursement because the firm in charge of IBR missed the updated fee schedule memo. Consider the doctor’s staggering administrative costs, just to provide an authorized service:

All of these steps cost time and administrative resources. This doctor deserves praise for tenaciously demanding the correct payment for their services. California workers comp should be ashamed of the mistreatment of doctors like this one— doctors who continue to help injured workers despite enormous administrative impediments and inept decisions like this one by Maximus.

Unlike Maximus, DaisyBill stays ahead of the curve on changes to California's Official Medical Fee Schedule (OMFS). We offer webinars on this year’s most important changes to work comp, and specifically on CPT Codes 99538 and 99539.

Our OMFS calculator takes the latest information on fee schedules into account, while our Essential Tools Software makes RFA’s, billing, and requests for appeals fast, compliant, and effective. Don’t allow your office to be cheated out of correct reimbursements: schedule a free demonstration today.

[1] “Prolonged evaluation and management service before and/or after direct patient care; first hour,” per AMA