Earlier this year, AIG Claims, Inc. (AIG) made the switch to Carisk as its workers’ compensation electronic clearinghouse. However, and unfortunately, this change had no impact on the long-standing refusal by AIG to comply with California e-billing regulations regarding explanations of review (EORs).

AIG simply defies California regulations, with apparently no concern that its flouting of regulations will be in any way punished or even acknowledged. While other claims administrators adhere to the rules, AIG sticks out its corporate tongue and blows raspberries at California providers.

What’s Good for the AIG Goose

In the current circumstances of a floundering mail system and the remote working challenges of the COVID-19 pandemic, electronic EORs are not only a legal requirement, they are also an imperative for provider billing staff who already struggle to manage workers’ comp bills.

When a provider receives an electronic EOR, the EOR data is automatically posted to the associated electronic bill. AIG’s noncompliance forces providers’ billing staff to manually post the paper EORs sent by AIG rather than receiving the benefits of technology.  Equally important, without electronic EORs it is easier for AIG to obscure whether it is complying with California’s timely payment requirements.

In response to AIG’s noncompliance, DaisyBill providers are filing Audit Complaints* with the California Division of Workers’ Compensation (DWC). We urge similarly affected practices and billing services to also file Audit Complaints, using a complaint reason similar to the one below. 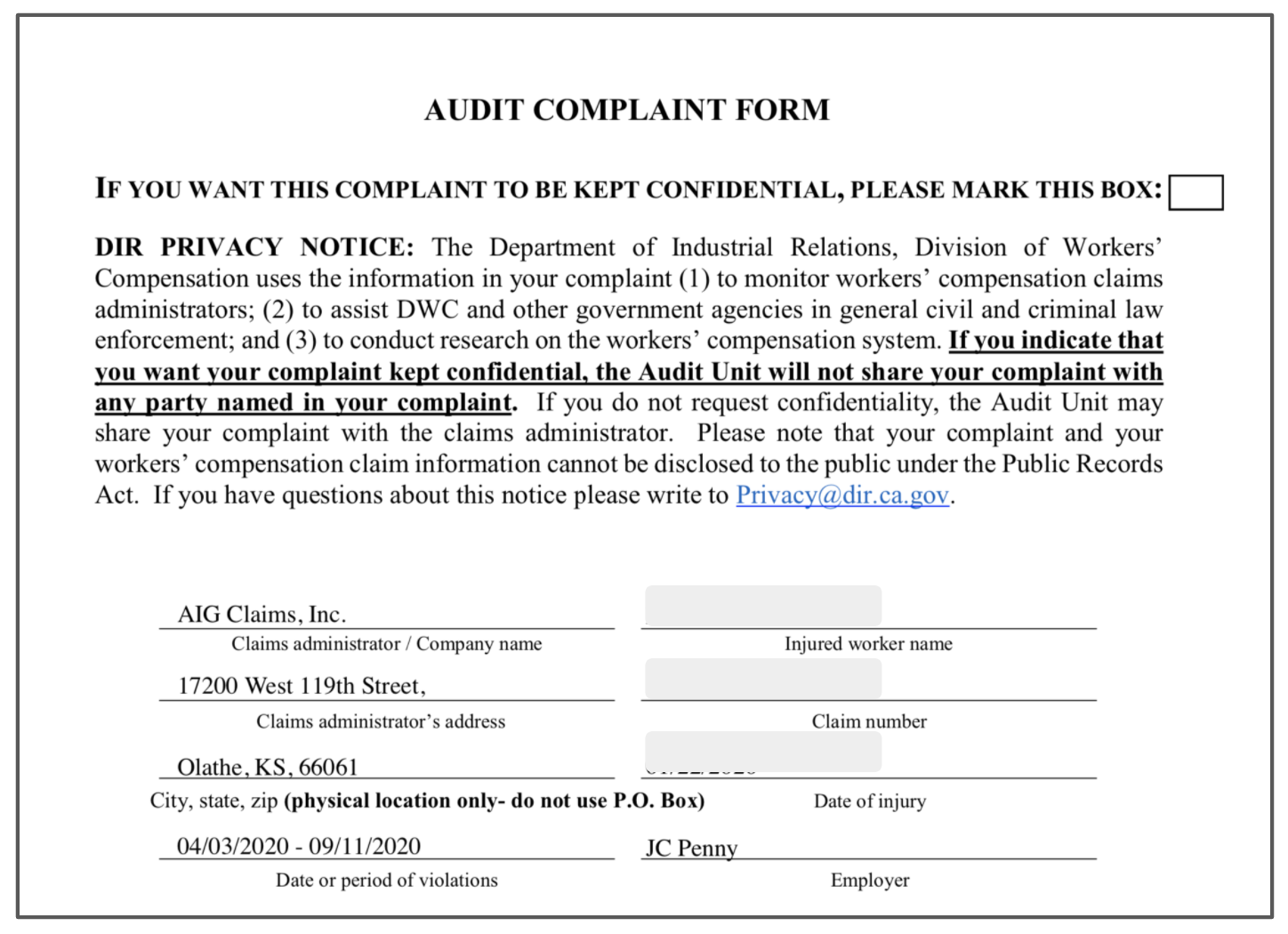 Warning: Do Not Accept Credit Cards as Payment

In the past we have written a number of posts (including one about Broadspire) warning providers to not accept credit card payments issued by payers such as claims administra...

Sedgwick, in cahoots with Mitchell, seems to be setting up some kind of protection racket where, in exchange for providers accepting lower reimbursement, Sedgwick/Mitchell wi...