As advocates for a fair and just workers’ comp system, we here at DaisyBill feel compelled to remind insurer Athens Administrators of an important fact about California workers’ comp billing and payment.

Namely, when any payer applies a Preferred Provider Organization (PPO) reduction to shrink a provider’s reimbursement for treating injured workers, they must substantiate the reduction by citing the specific PPO contract. Otherwise, the payer is asking providers to take revenue cuts on faith — in violation of state regulations.

It’s not that providers can’t take Athens’ word for it. It’s that they shouldn’t. California Labor Code Section 4609 gives every provider the right to demand proof that a payer has the contractual authority to reduce the provider’s revenue.

When a payer reduces a bill reimbursement, we recommend providers submit a Second Review appeal demanding proof that a contract actually exists — using language like the following:

The failure of a payor to make the demonstration to a properly documented request of the provider within 30 business days shall render the payor responsible for the lesser of the provider’s actual fee or, as applicable, any fee schedule pursuant to this division, which amount shall be due and payable within 10 days of receipt of written notice from the provider, and shall bar the payor from taking any future discounts from that provider without the provider’s express written consent until the payor can demonstrate to the provider that it is entitled to pay a contracted rate as provided in this subdivision.

In other words, when Athens fails to timely demonstrate their legal entitlement to a reduced contracted rate:

We are writing this because too many providers receive Explanations of Review (EOR) from Athens like the one below. Athens reduces reimbursements, but regularly fails to list a PPO contract name justifying the reduction: 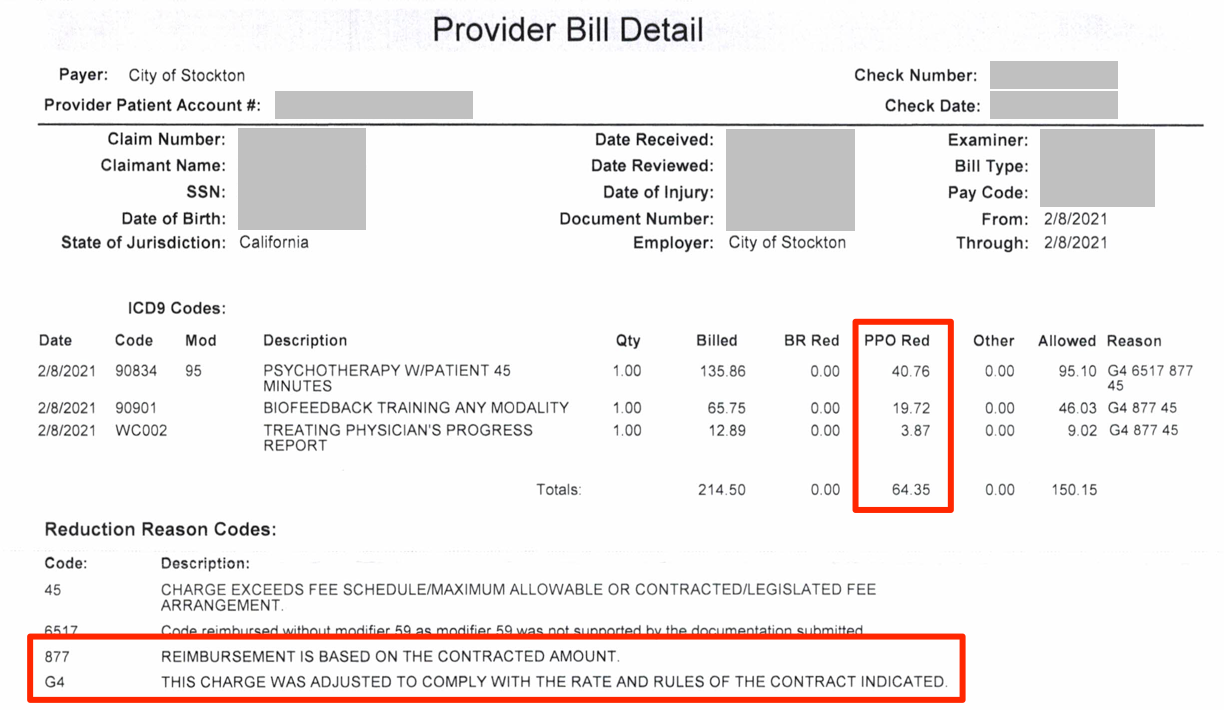 Athens might think it doesn’t matter which PPO contract is slashing provider reimbursement. A discount is a discount, right? Wrong. A contractual reduction is one thing, but an unidentified PPO is a baseless (and possibly invalid) reduction.

More to the point, California’s Division of Workers’ Compensation (DWC) requires Athens, as claims administrator, to specify the agreement that lets them reimburse providers at rates below the Official Medical Fee Schedule (OMFS).

In fact, the DWC Medical Billing and Payment Guide spells it out in remarkably straightforward fashion: 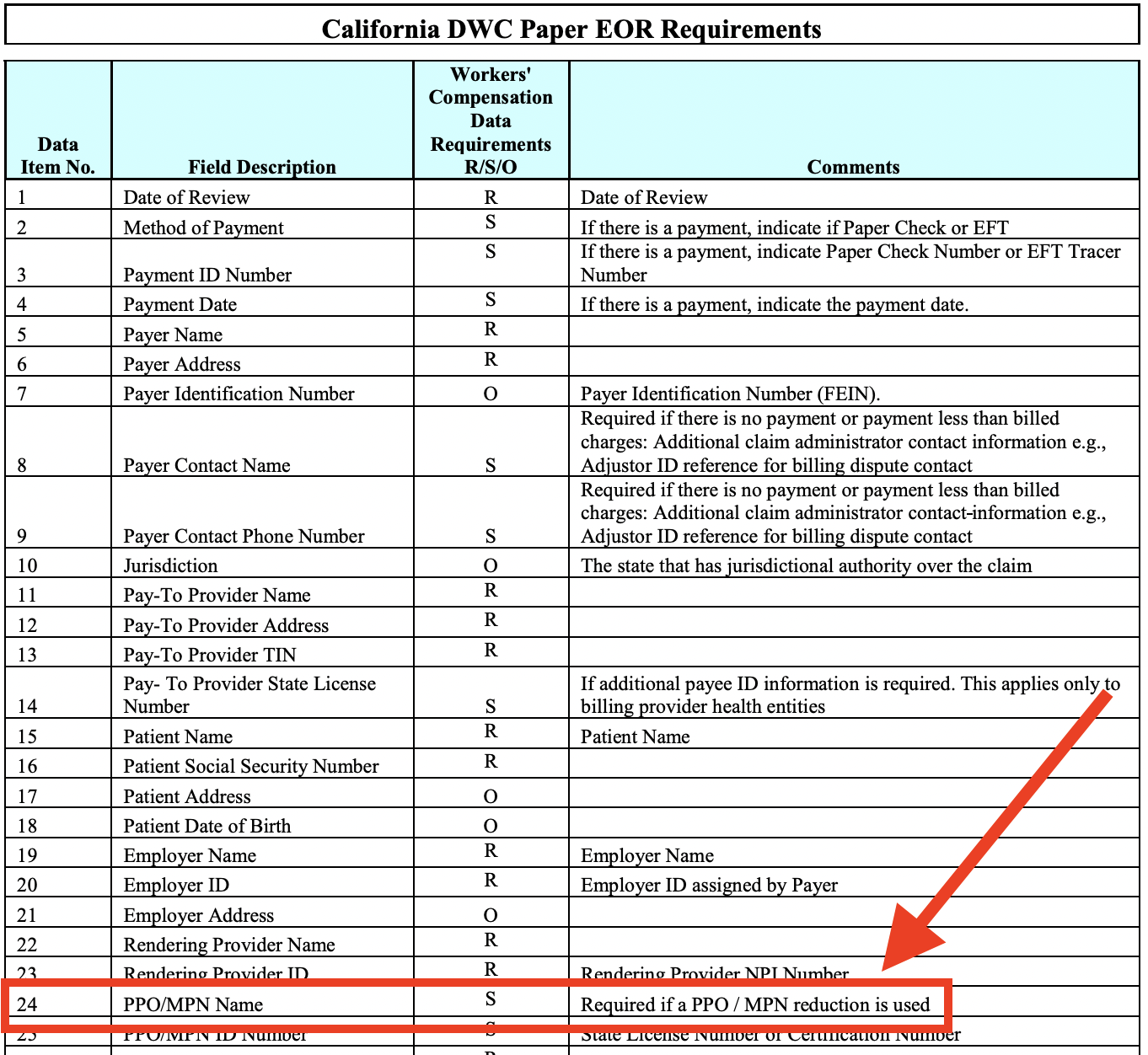 Granted, we added the big red arrow. But the rule is clear (and this rule also applies when payers return EORs electronically). Yet, we continue to see EORs like the one above.

What, Athens might ask, if a discount contract or agreement does in fact exist, that “allows the claims administrator to pay a preferred reduced contracted rate to the provider?” In that case, no problem! Just name it, Athens. Is that so hard? Is there a reason Athens EORs refer only to contracts which Must Not Be Named? Are they named Voldemort?

Of course, as claims administrator, Athens is within their rights to stand by the alleged PPO discount, even after Second Review. Bear in mind, though, that providers reserve the right to call in the state by requesting Independent Bill Review (IBR) by the DWC’s agent, Maximus.

In that case, Maximus will likely insist Athens name the PPO contract reflected in the EOR. If Athens can’t, or won’t for some reason, the Final Determination Letter will look something like the one below. Athens received a copy of this from Maximus, after a previous attempt to reduce a provider’s reimbursement without specifying the PPO agreement: 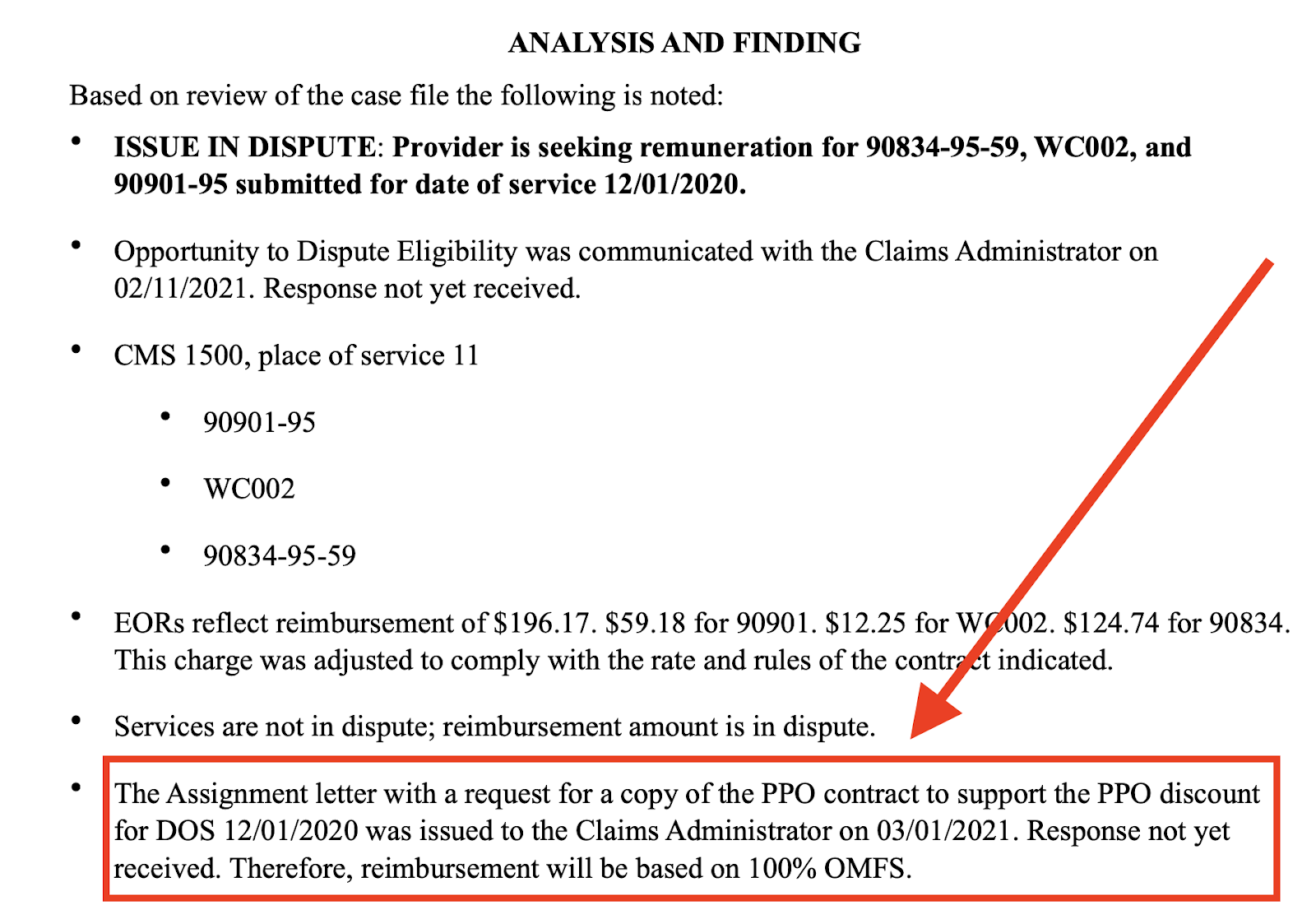 Taking Action on Behalf of Providers

For good measure, DaisyBill filed two Audit Complaints with the DWC against Athens, alerting the DWC to this repeated behavior. We will continue to encourage providers to appeal baseless PPO reductions, and continue to file Audit Complaints, for as long as this noncompliant behavior continues.

On a related note, our software analyzes bills and EORs very carefully. Athens should be aware that if they to apply “Bill Review Reductions” that happen to incorrectly reduce reimbursement by exactly the same rates as Athens’ alleged, unnamed PPO contracts do, we’re going to ask why: 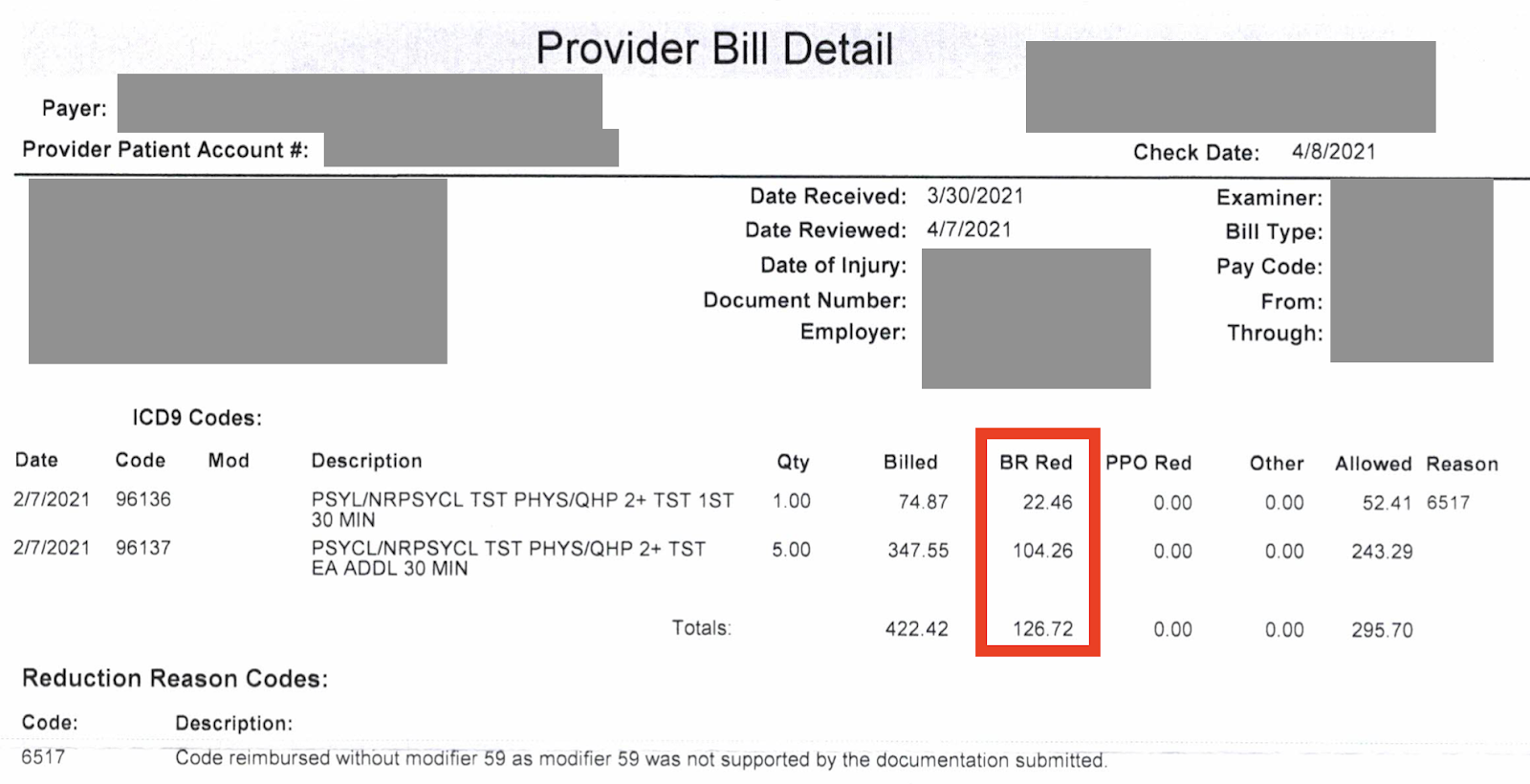 At DaisyBill, workers’ comp is what we live and breathe. It’s what we do. It’s all we do. To paraphrase yet another pop culture reference, we have a very particular set of skills; skills we have acquired over a very long career. Skills that make us a nightmare for claims administrators who obfuscate the reasons for potentially improper reductions.

CCSF Stands Up On Behalf of Providers
05/04/2021 • 3 min read
Subscribe to daisyNews
Workers' Comp Guides, Updates, and Insights
Thanks for subscribing to daisyNews!
Related Articles