The update includes a more prominent confidentiality box that allows the provider to submit a complaint without the DWC revealing the identity of the provider to the offending claims administrator.

Because MPNs can kick a provider off of an MPN for any reason, or for NO reason, DaisyBill strongly recommends that providers always check the confidentiality box to keep the audit complaint form anonymous. 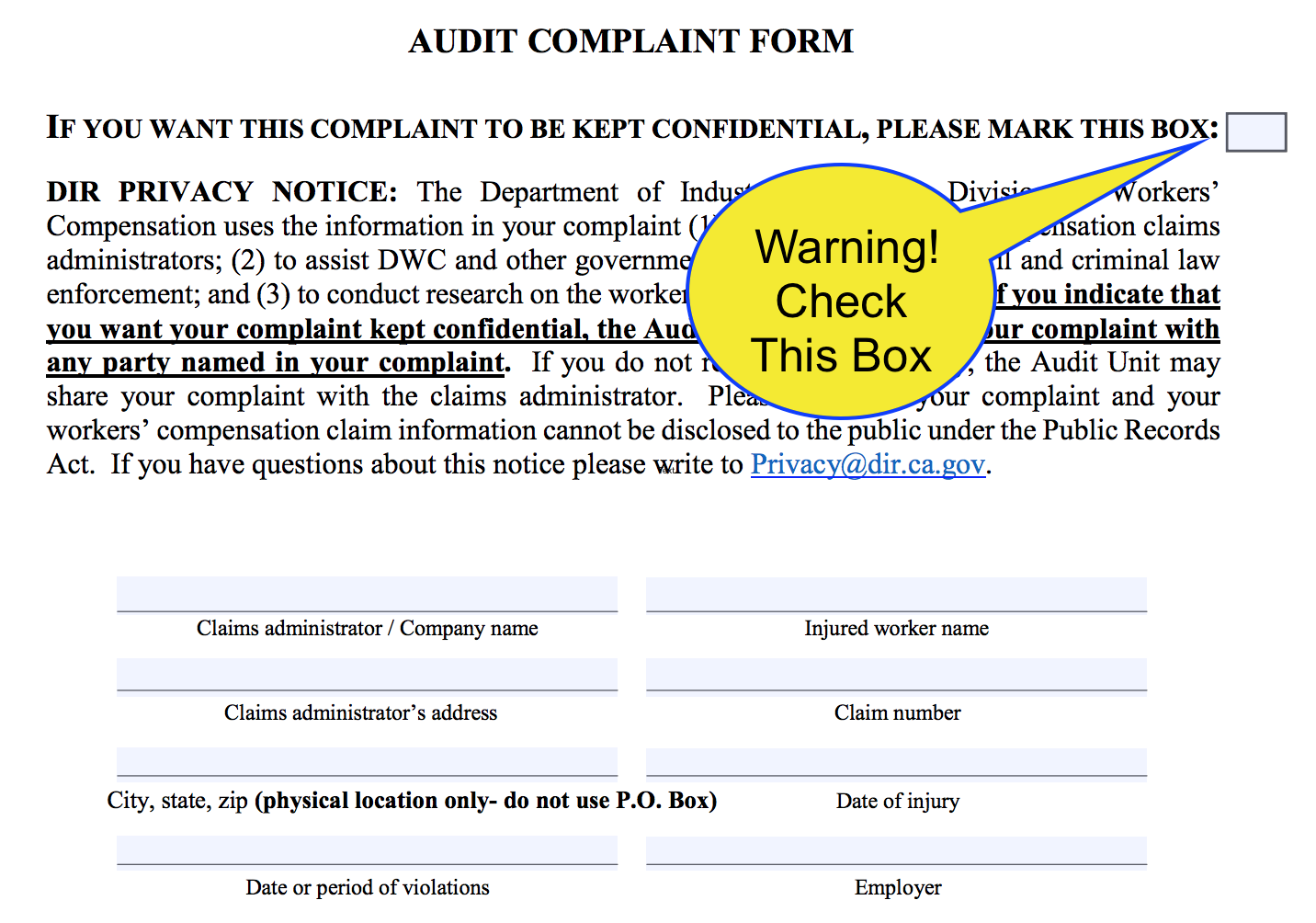 When a claims administrator fails to compliantly adhere to California workers’ comp laws or regulations, DaisyBill always encourages providers to submit an Audit Complaint to the DWC.

To help make the complaint as easy as possible for the DWC to investigate, DaisyBill generates Audit Complaints that are not only compliant but that also cite relevant regulation sections. In this example of an Audit Complaint filed against Athens Administrators, DaisyBill automatically populated the Audit Referral Form with required information, such as specific details of the complaint, and also included the specific regulations that Athens failed to follow. 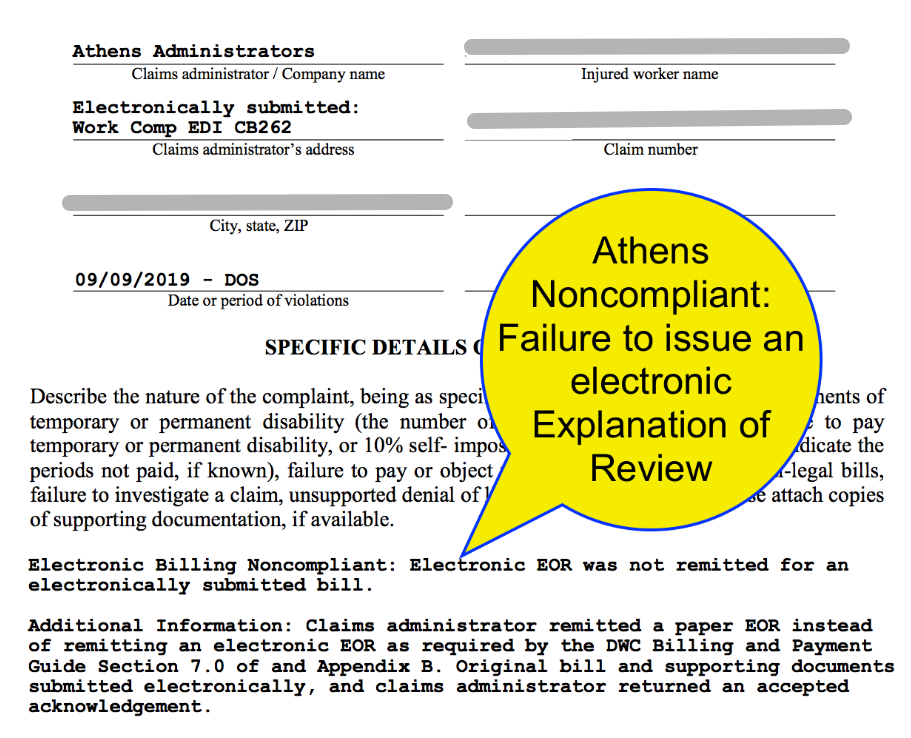 DaisyBill’s software also automatically populates the second page of the Audit Complaint with a Bill History. In this example, the Bill History shows Athens’ failure to follow the regulations that we had cited on the first page. 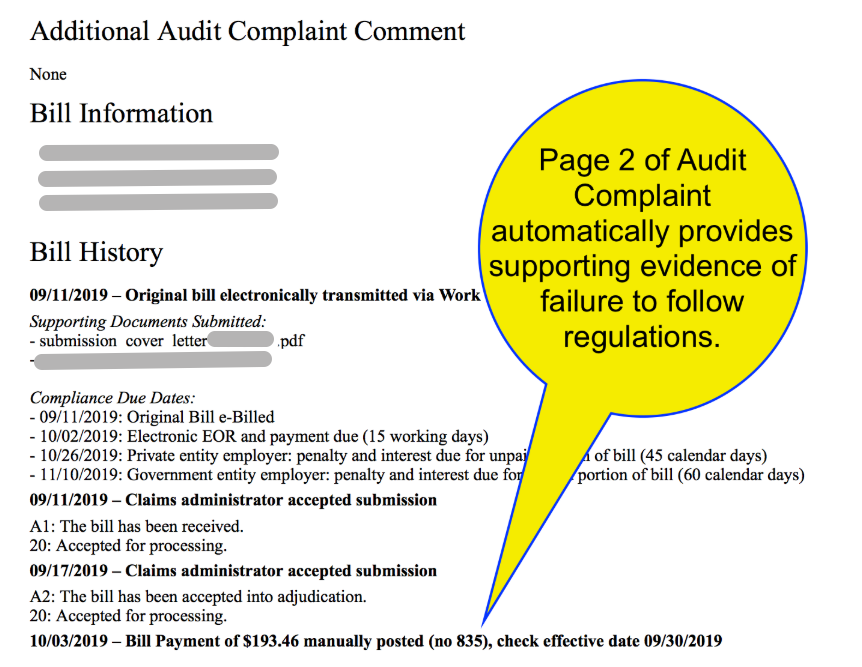 Submitting Audit Complaints is a benefit to the entire workers’ comp community, as each and every complaint filed:

To see more information on Audit Complaints, head over to the DWC’s annual reports page, although note that the most recent report only covers 2017.

DaisyBill is tailor-made to address work comp’s unique challenges using all the advantages of today’s tech. From authorization to billing to Audit Complaints, we’ve got providers covered. Schedule a free demonstration, and see what DaisyBill can do for your office.

MPNs: The Jekyll and Hyde of Workers' Comp

We’ve argued that MPNs are mostly a drag on the workers’ compensation system. But as some employers demonstrate, they don’t have to be.When employers use MPNs to maint...