Read on to learn how the Athens-Conduent duo is tormenting doctors in its attempts to secure lowball rates for restoring injured workers to health.

Like Mitchell International, Conduent goes fishing for unwarranted discounts from providers on behalf of the claims administrator (in this case Athens Administrators) that administers claims for the self-insured employer. The bait? Empty promises of quicker payment. As we showed in an earlier post, the very best result for one provider, in exchange for accepting 20% reduced reimbursement, would have been payment only ONE day earlier than as already mandated by law.

Do these employers even KNOW about the extreme badgering to which Athens and Conduent subject doctors, all to secure payment rates significantly below OMFS — and even below Medicare?

In conversations with daisyBill, self-insured employers usually express shock upon learning that claims administrators, in concert with side-kick vendors, Preferred Provider Organizations (PPOs), and other discount network entities routinely siphon money from the doctors who treat their injured workers.

The table below lists ten bills for which the Athens-Conduent duo tried to hustle the provider out of OMFS reimbursement rates, and includes the name of the self-insured employer that Athens and Conduent represented for each attempted hustle.

As detailed in previous articles, had this doctor signed the Athens-Conduent contracts, the doctor would have forfeited any right to penalties and interest for late payments on these bills.

The above-noted doctor ignored the many Conduent telephone calls (Conduent called from (844) 975-3470 — add that to your ‘blocked’ list).

The result of disregarding these offers: Athens paid the doctor 100% OMFS.

For example, for the bill below for The Permanente Medical Group, Inc., Conduent offered just 80% of the OMFS. The doctor refused to surrender their revenue, and received 100% of the OMFS rates due. 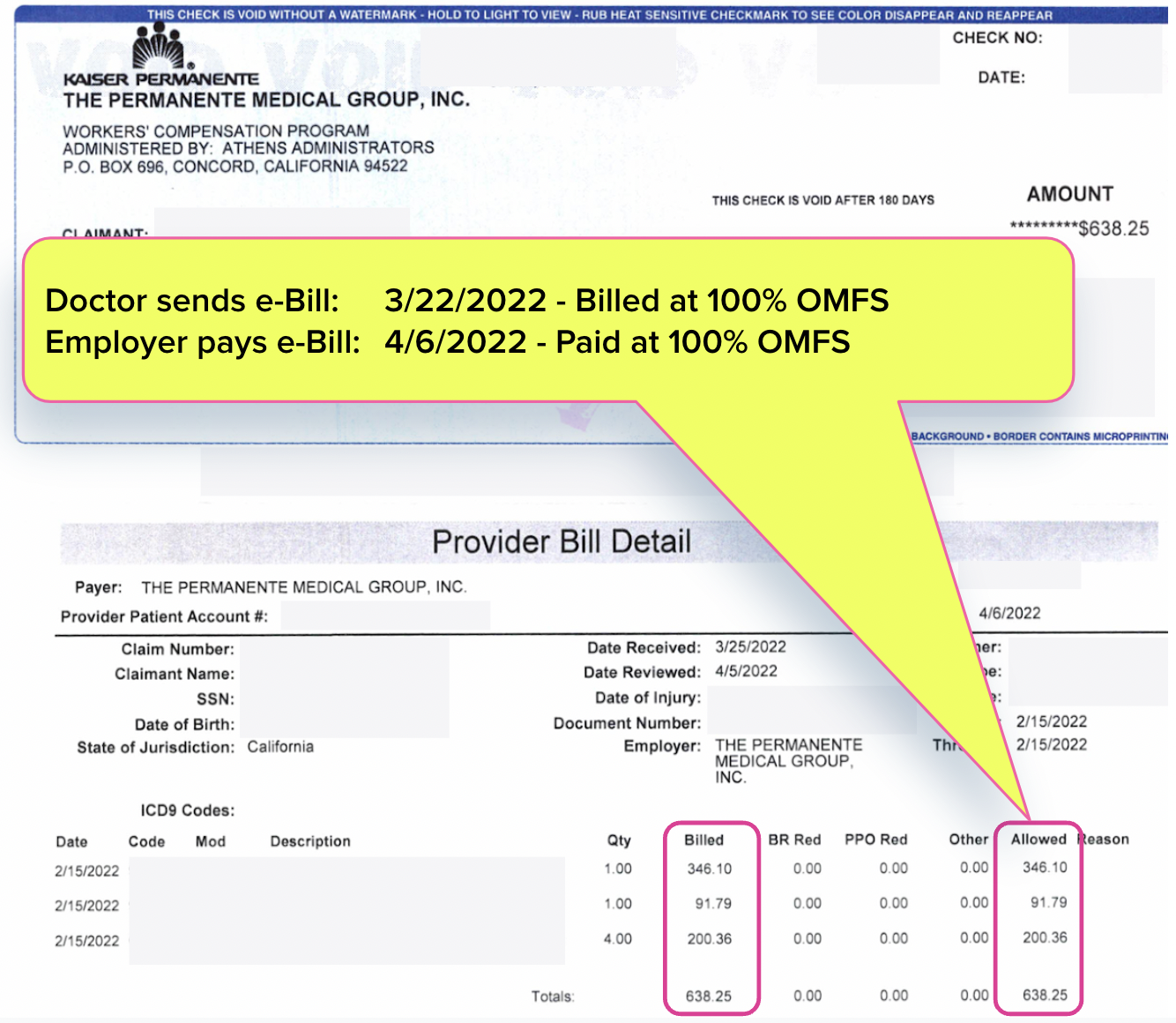 Providers, do not be taken in by offers of quicker payment in exchange for discounts. What you don’t know can hurt you.

Fortunately, what Athens-Conduent didn’t know was that this provider was protected by daisyCollect. Acting on the provider’s behalf, daisyCollect agents refused to entertain Athens-Conduent’s dubious offers — as should all providers.