If this AME had failed to expend the administrative resources to either timely submit the Second Review appeal or timely pay $180 to request IBR, California law would have allowed Farmers Insurance to keep the AME’s reimbursement.

Yet (magically), the moment the AME requested IBR, Farmers Insurance capitulated and remitted the disputed amount.

Question: How is this possible? Answer: There are no regulations which force claims administrators to comply with either California IBR laws or penalty and interest laws.

The California workers’ comp appeals process is a classic Game of Chicken. Below, we explain exactly how California law ensures that claims administrators always win this game — one way or another.

Because this dispute process is so onerous for providers, California laws effectively motivate claims administrators to pay less than the amount owed, then simply wait for the following:

Repetitive underpayments and false denials will eventually overwhelm the provider and their staff with the work necessary to undertake appeals. Even the savviest provider cannot expend the necessary administrative resources and pay $180 to file for IBR for every improper payment.

The sheer volume of payment abuse (from hundreds of claims administrators) will eventually cause the provider to capitulate. Just wait.

In our Farmers Insurance example, Farmers improperly denied MLFS modifier -94 for AME services, for a supplemental Medical-Legal evaluation (ML203). The EOR is shown below. 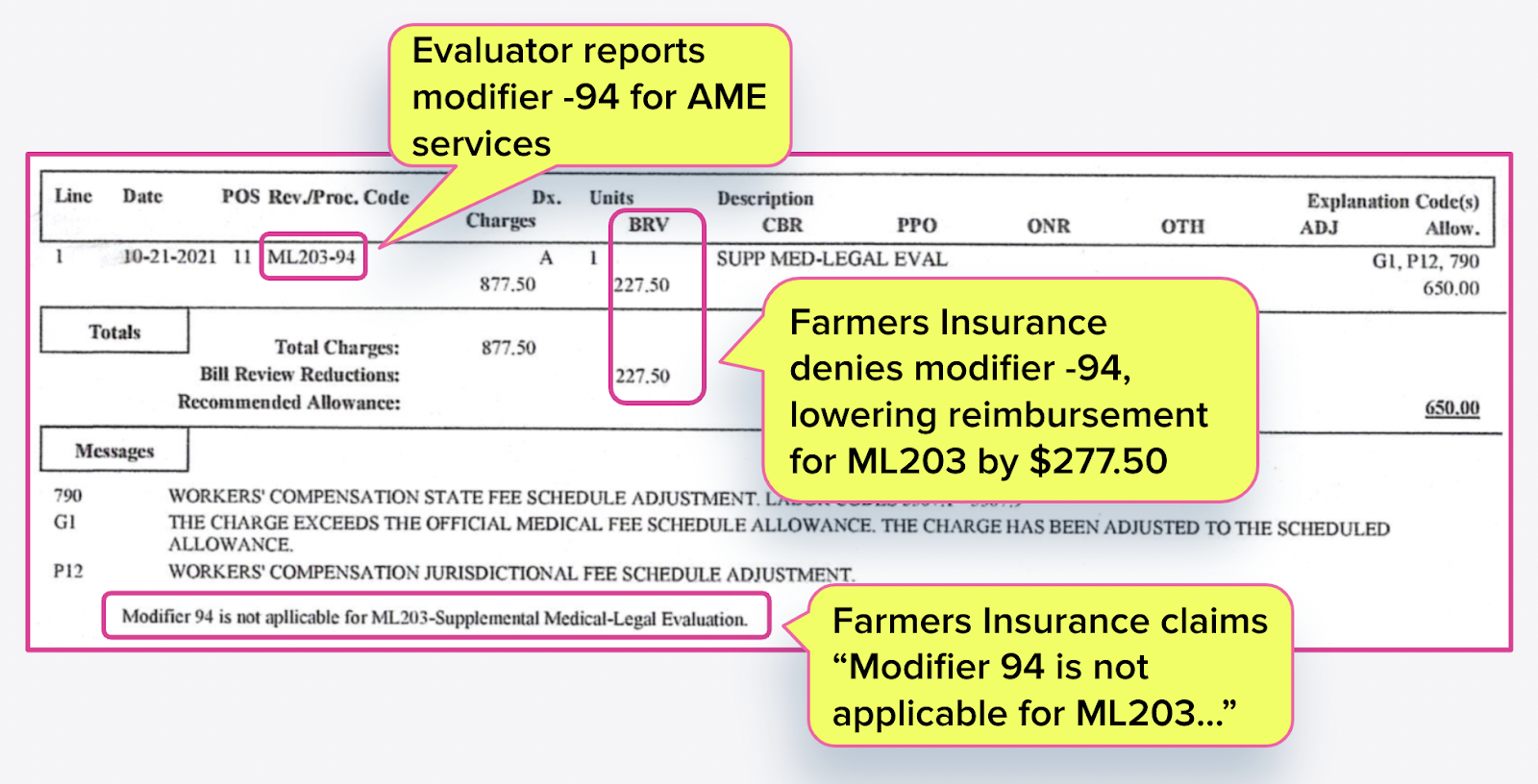 Of course, modifier -94 is applicable to ML203, and there is no question as to this physician’s status as AME. The Second Review appeal included attorney letters specifically designating the physician as AME.

Remember, the claims administrator keeps the provider’s reimbursement unless the provider timely (within 30 days of the final EOR) requests IBR. When the provider pays $180 to file for IBR to dispute an improper payment, IBR Chicken commences.

On behalf of this provider, daisyCollect assembled the required detailed packet of information, indexed the documents correctly, and paid the $180 IBR filing fee (refundable in full only if the provider prevails). 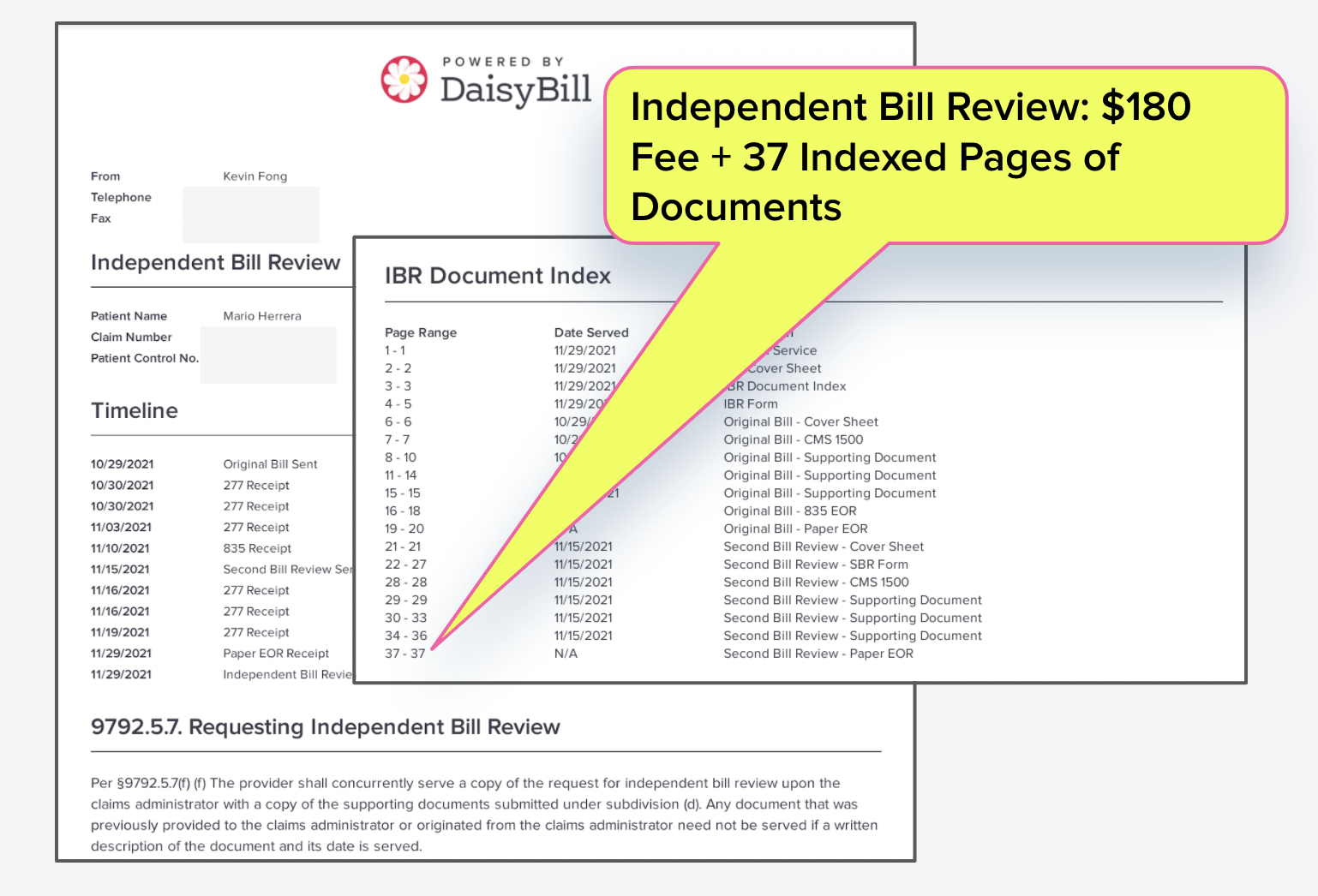 Less than a month later, and before IBR commenced, Farmers Insurance paid the disputed amount on December 22, 2021. But this “win” for the provider came at a significant cost — certainly a higher cost than the $277.50 Farmers attempted to withhold.

The payment Farmers sent to the AME did not include:

In other words, the California laws and processes governing provider appeals to dispute incorrect reimbursements are broken, and actually serve to encourage — not deter — improper payment. And when providers push back, California law guarantees the claims administrator wins.