Penalties and interest for untimely paid workers’ comp bills are not well-enforced in California — but daisyBill is keeping score.

In California, penalty and interest requirement for claims administrators is fatally flawed, for two reasons:

With the big data provided by e-billing, daisyBill exposes the amount of unpaid penalty and interest owed to our clients — and presumably to most other providers across the state. The hard numbers tell a sad story about the consequences of an unenforceable, self-executing system of penalties for late payment.

Read on to see the almost unbelievable amounts of revenue owed to providers.

To see how much a given claims administrator owes in penalty and interest payments, simply head to daisyBill’s Claims Administrator Directory. 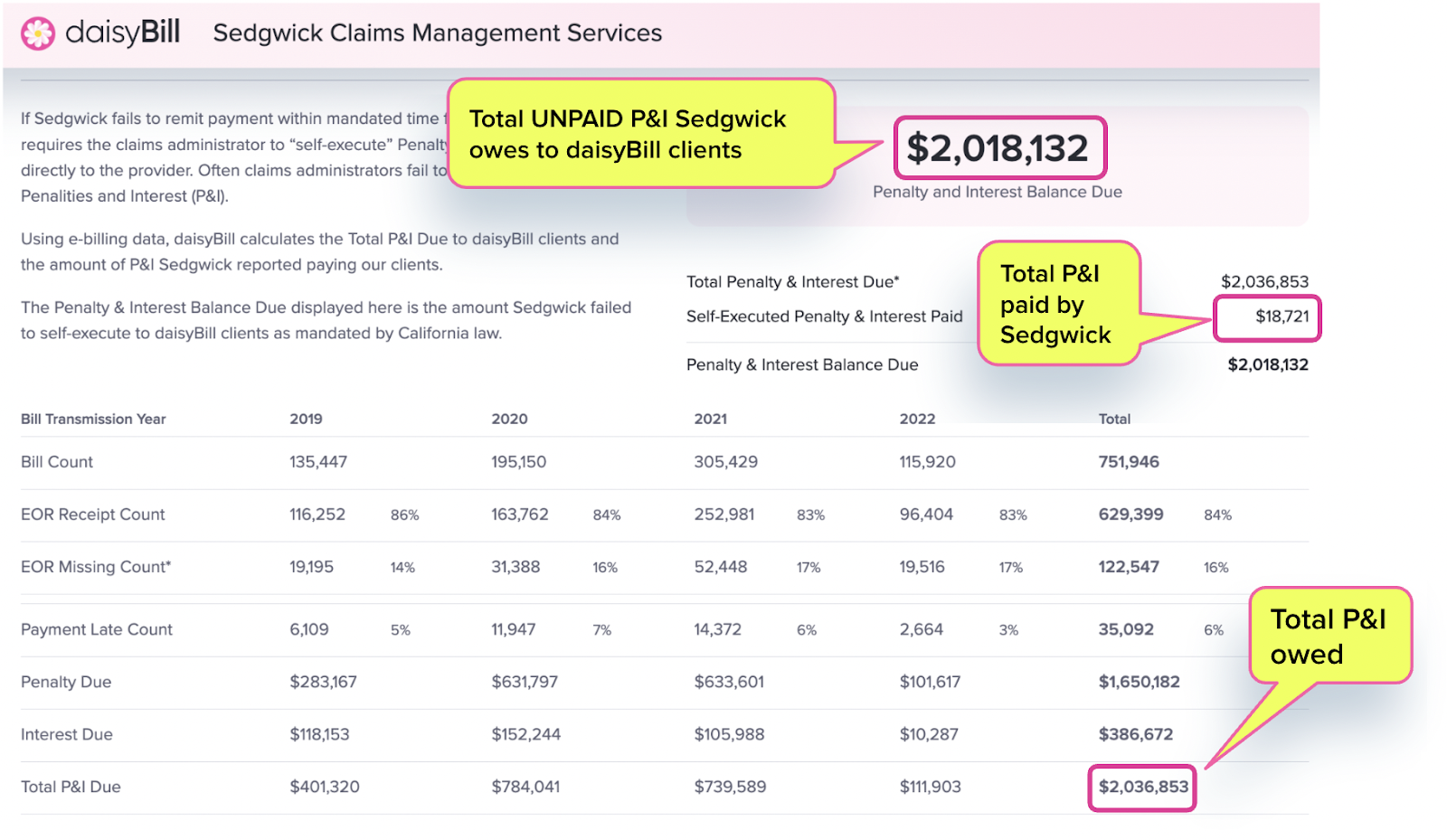 As our data reveal, Sedgwick has over $2 million worth of catching up to do before the Third-Party Administrator (TPA) is square with our providers. That’s largely because penalty and interest payments are “self-executing” (a laughable concept explained further below).

The Claims Administrator Directory further breaks down penalty and interest liability for each claims administrator as follows: 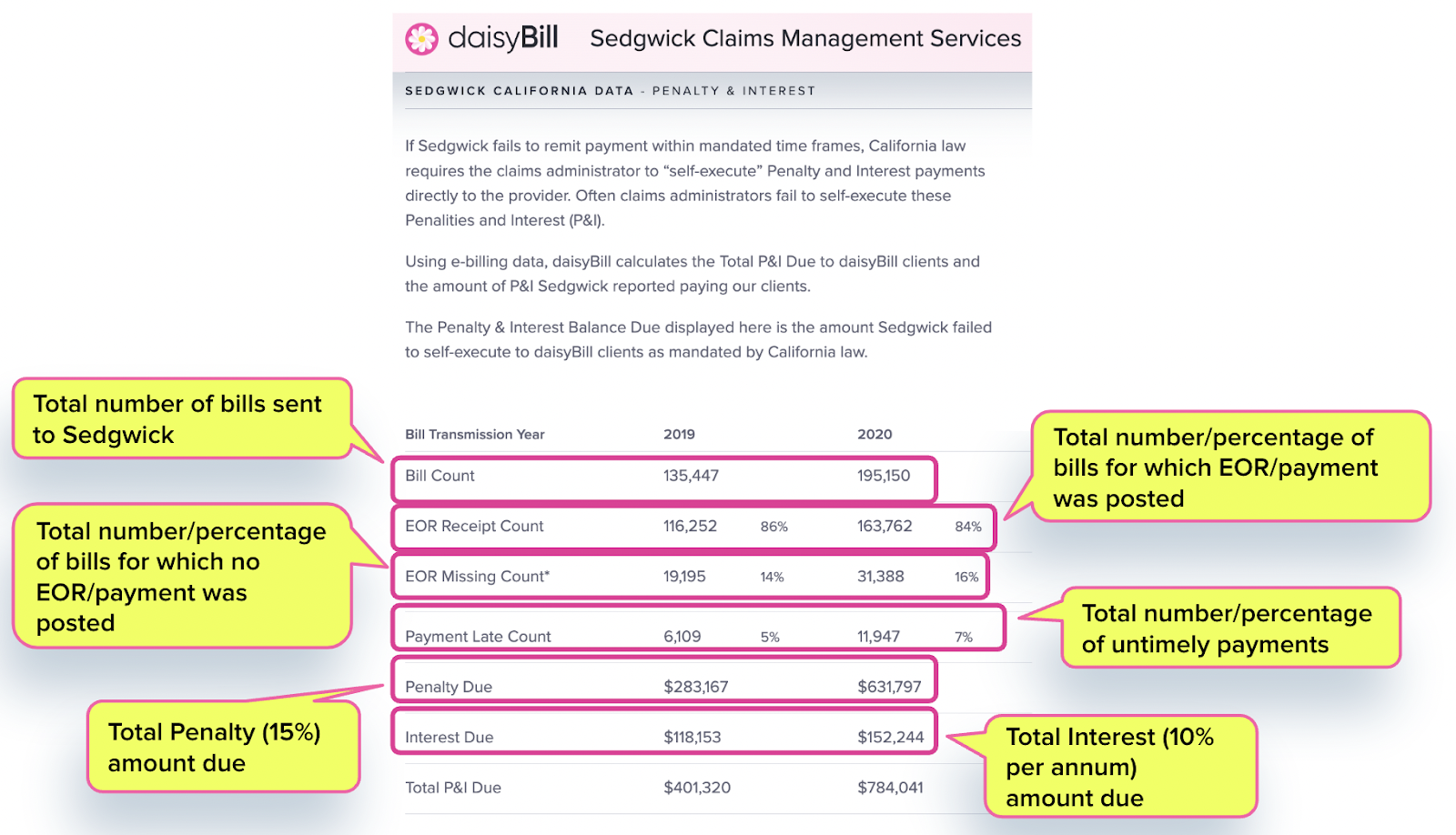 There’s one huge problem, however.

The Division of Workers’ Compensation (DWC) Medical Billing and Payment Guide establishes penalty and interest payments as “self-executing.” In other words, claims administrators are on the honor system, trusted to pay simply because it’s the right thing to do (try reading that aloud with a straight face).

Given the massive amounts owed for failure to timely pay providers’ bills, one can’t help but wonder: would actually enforcing the consequences lead claims administrators to conclude that it’s cheaper just to pay on time?

Apr 6, 2022 3 min read
Claims Admin Directory: Average Days to Pay Explored
Perhaps the biggest challenge facing workers’ comp providers in California and across the US: getting paid on time. Inconsistent cash flow can back up accounts receiva...