DaisyBill sent a complete and compliant SBR to PG&E, a section of the first page of which I’ve pasted below.  Note that we sent the SBR as a modified original bill and not on an SBR-1 Form.  The DWC does not require the SBR-1 form and will accept a properly modified original bill.  PG&E denied the SBR on the grounds that it was a duplicate submission, but the section below clearly states that it is an SBR and that is not a duplicate bill submission. 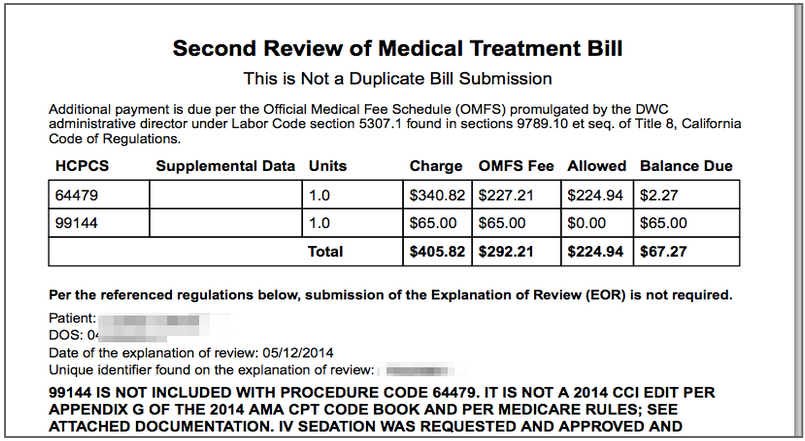 So what happened?  When contacted, it turns out that PG&E had made two mistakes when processing the SBR.

The first mistake was the same type of mistake that AIG made in the example from a couple of days ago--incorrect denial code.  PG&E’s denial actually had nothing to do with the SBR being a duplicate bill submission.  I don’t know why claims administrators sometimes use incorrect denial codes for work comp bills but it just slows down the whole process. 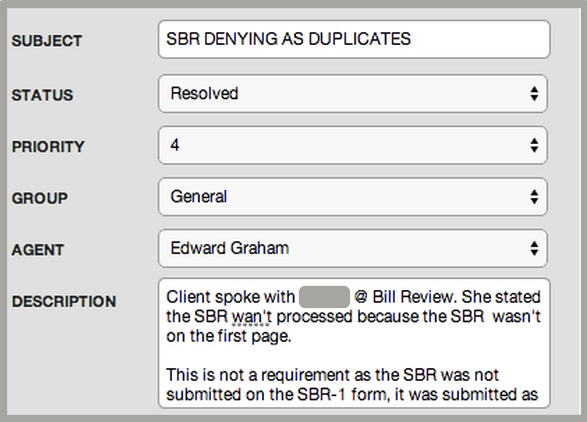 Another thing I want to point out is that it may seem not worth the trouble to file an SBR for $67.27, as in the example above.  But I always urge our providers to seek payment of every cent owed--its very easy with DaisyBill and the rewards are worth it.  Even when it seems like it would be a pyrrhic victory because of the low additional reimbursement, it’s not the individual amounts that matter so much as sending a message that your practice is too much of a pain in the butt to pay incorrectly.  The bigger picture, of course, is that prodding correct reimbursement behavior contributes to a better functioning workers’ compensation system for all of us.