York Risk Services, which was acquired this month by Sedgwick, has significant math troubles. York recently returned Explanations of Review (EORs) which obfuscated the effects of PPO discounts and/or contained baffling errors in basic reimbursement arithmetic. And while York’s failure to add and subtract is laughable, the resulting confusion and underpayments are anything but amusing.

Providers and employers, be aware: claims administrators’ math “errors” can cost your office revenue. York is both calculating (in their attempts to hide discounts), and miscalculating (your payments).

In this first example, York made some truly perplexing math errors.

We’re not sure how York arrived at its figures for Net Allowed and Check Total, as neither seems to have any mathematical relationship to the PPO Reduction taken.

The EOR simply reaches a new, stunning level of incoherence: 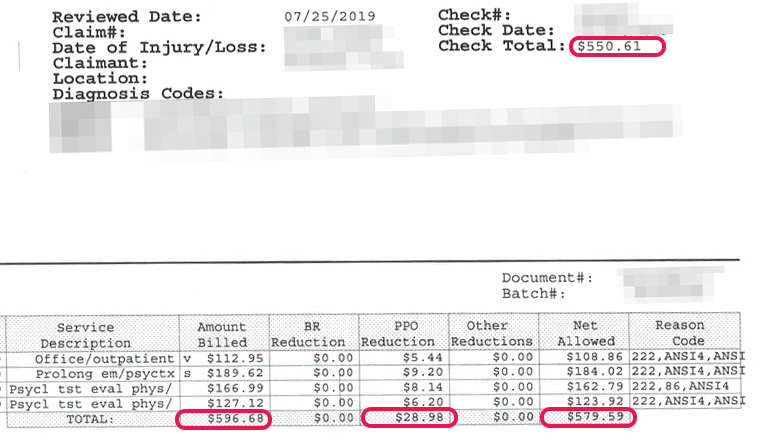 In this second example, York returned an EOR that displayed PPO reductions for each line item, but misstated the total “Net Allowed” by omitting those reductions. The check total, of course, reflects the incorrectly reduced reimbursement slashed by the PPO discount.

To break it down:

The result? This provider could not blithely trust that the Net Allowed amount stated on York’s EOR was the amount that York actually paid. The provider is losing revenue via PPO discounts — but one wouldn’t know it from the opaque math displayed on the EOR. 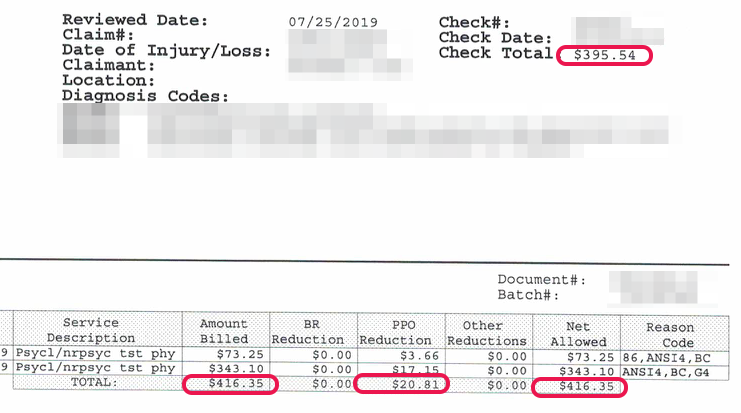 Incorrect payments are nothing new in workers’ comp. Claims administrators regularly misinterpret fee schedules and otherwise fail to comply with the regulations, forcing providers to fight to protect their revenue. But putting providers in a position to have to check claims administrators’ math is a ridiculous new imposition — one for which York (and now Sedgwick) should be embarrassed.

The University of California Needs to Better Monitor Sedgwick

Today we are focusing on a self-insured employer, the University of California, and its third-party administrator, Sedgwick. Unfortunately, Sedgwick is not complying with Cal...

Below, we document the flouting of workers’ compensation law by AmTrust North America (AmTrust), and its continued refusal to reimburse a provider despite being ordered to do...