Once again, AIG inappropriately reduced reimbursement for Medical-Legal services based on a PPO contract. When the Qualified Medical Evaluator (QME) submitted a Second Review appeal disputing the PPO “savings,” Coventry PPO stepped in and doubled down, insisting that AIG was within its rights to pocket the QME’s reimbursement.

However, once the QME paid $180 to request IBR, AIG backed down before the state’s IBR proxy, Maximus, even issued a decision.

Let this story be a warning. California Medical-Legal evaluators must keep their own version of the two facts in mind:

AIG & Coventry took the QME’s money despite the fact that PPO discounts do not apply to Medical-Legal services. AIG’s actions are (again) in clear violation of DWC rules and IBR precedent, but we must remember Payer Fact #1: The DWC allows payers to ignore California laws, regulations and rules. 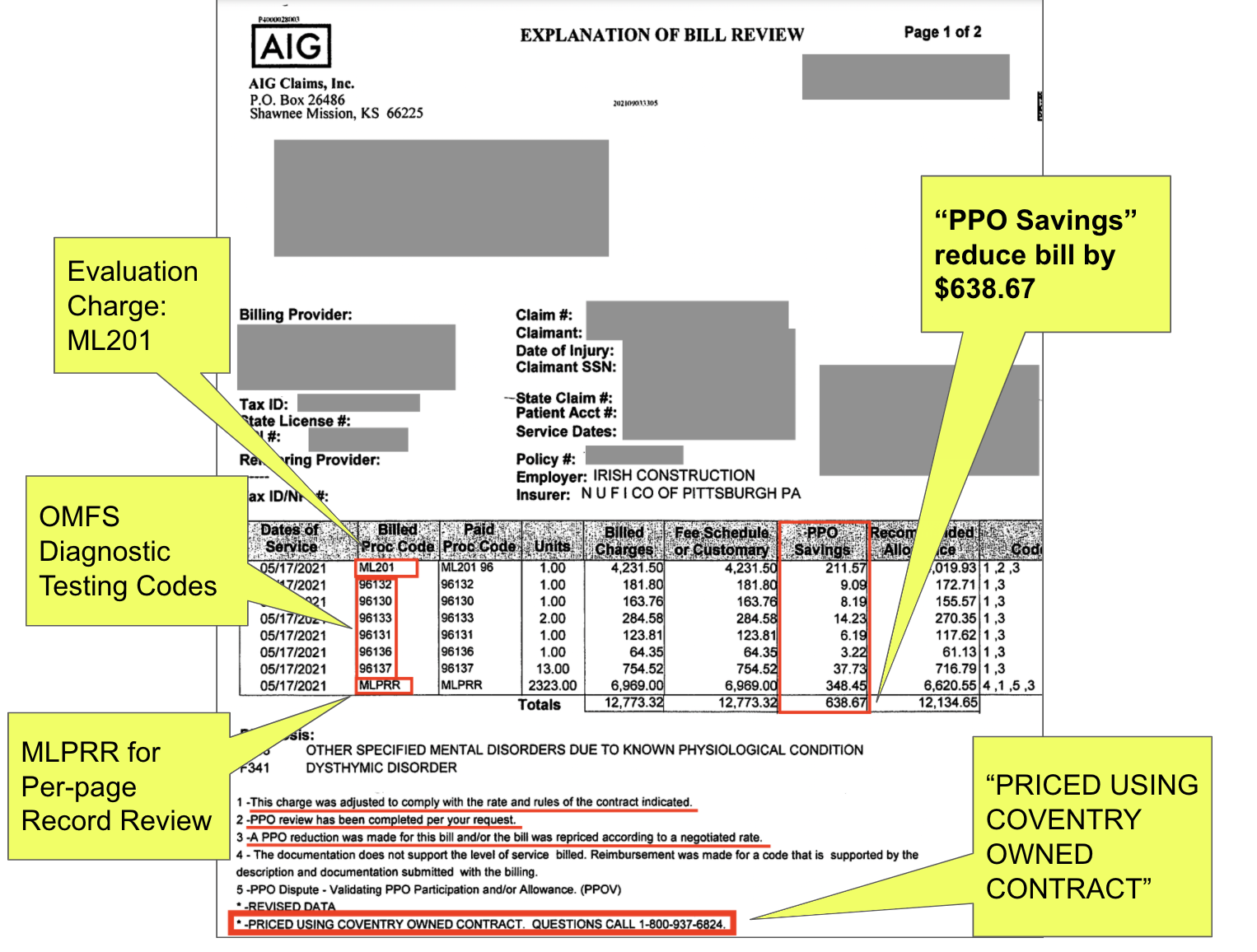 To dispute the incorrect payment, DaisyBill submitted a Second Review appeal on the QME’s behalf (the QME is a client of DaisyCollect, our managed billing service). But instead of hearing back from AIG, a Coventry PPO agent contacted DaisyBill and left a voicemail insisting the PPO reductions were valid.

Apparently, Coventry can fearlessly dismiss DWC rules that state PPO discounts do not apply to the MLFS. This message clearly demonstrates ML Evaluator Fact #1: The State of California will not stop the PPO shake-down. By taking no action to rein them in, the state essentially allows PPOs to pillage its workers’ comp providers.

Less than a week after the IBR request, AIG reversed course and paid the disputed amount in full —  before Maximus issued an IBR decision. As of this writing, Maximus has yet to issue its ruling. Should Maximus rule in favor of the provider, AIG will be ordered to restore the $180 IBR filing fee. Of course, per Payer Fact #1, we won’t be holding our breath (The DWC tacitly allows payers to ignore California laws, regulations and rules).

While we’re happy to recover the improperly withheld reimbursement amount for our client, we don’t expect this dispute to be the last of its kind — because we know the facts. California simply makes it easy for payers like AIG (and their friends at Coventry) to improperly keep Medical-Legal evaluators’ reimbursement.

If the mere threat of accountability is powerful enough to force AIG’s hand, imagine what actual, consistent enforcement of the rules could accomplish. To paraphrase Scott Galloway, the occasional “perp walk” for payers who play these games could go a long way towards precluding unnecessary disputes.

E/M: Not the PTP? How to Bill for Required Reports
11/03/2021 • 3 min read
Subscribe to daisyNews
Workers' Comp Guides, Updates, and Insights
Thanks for subscribing to daisyNews!
Related Articles

May 10, 2022 2 min read
PPO Discounts STILL NOT Applicable to Med-Legal
It’s hard to believe we still have to write this — or is it? California claims administrators may not apply Preferred Provider Organization (PPO) reductions to physici...