When the Independent Bill Review (IBR) process overturns a claims administrator’s incorrect denial or adjustment, the claims administrator is legally bound to timely pay what they owe. That includes not only the correct reimbursement for the original bill, but also the $195 IBR fee the provider paid to initiate the appeal.

The 45-day deadline, as well as the requirement to restore the $195 filing fee to the provider, is clearly laid out in that letter. Below is one such letter, which Maximus sent to third-party administrator Sedgwick Claims Management (emphasis in red our own): 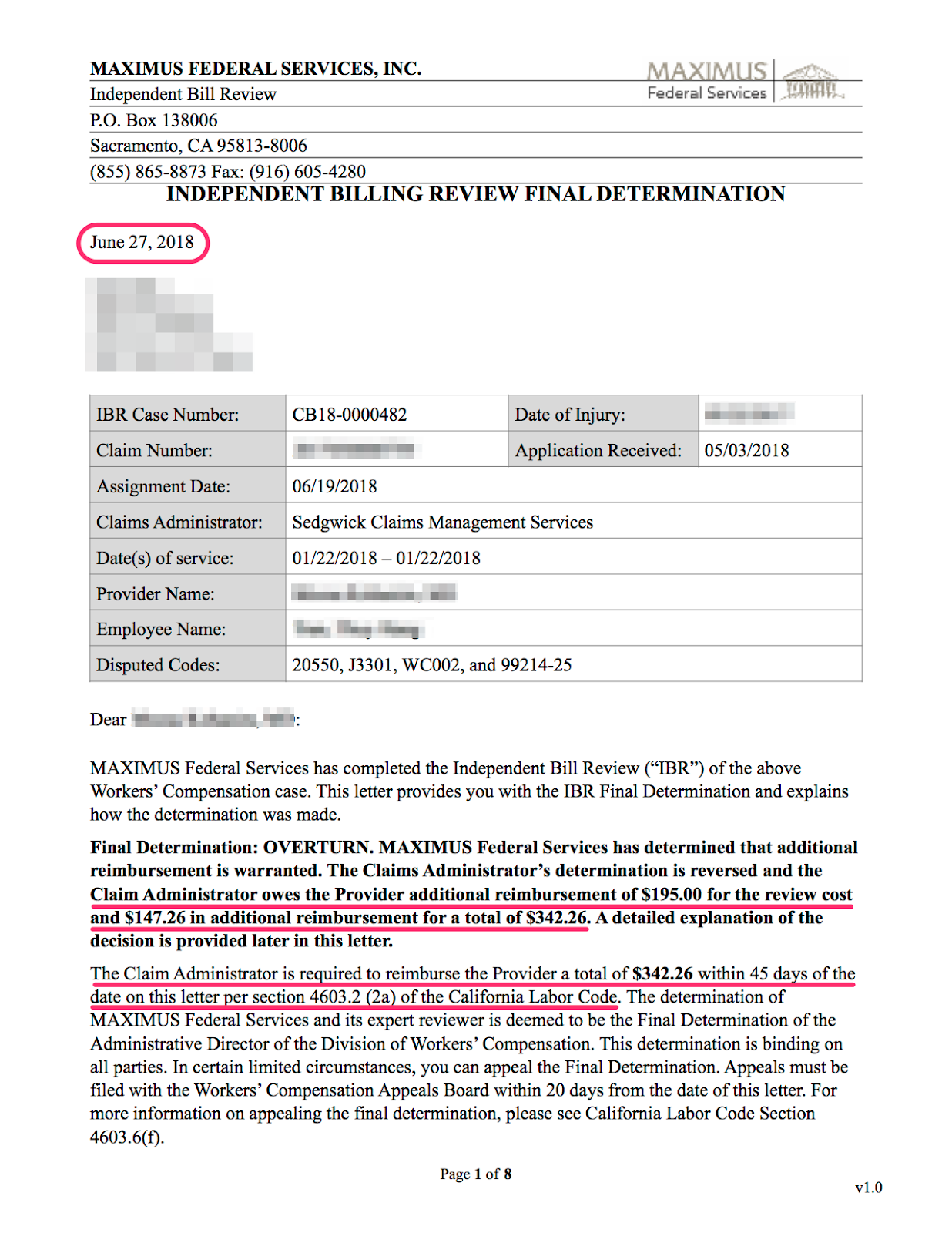 When Sedgwick failed to timely remit payment, DaisyBill reached out to Sedgwick for answers. After several attempts to resolve the situation, Sedgwick assured us that payment was sent, albeit past due.

It should go without saying, but this behavior is unacceptable.

If necessary, the provider has one option to compel payment from the claims administrator in cases like these: filing a petition to enforce IBR under California Code of Regulations (CCR) Section 10451.4. The petition may include a request for penalties and interest at the rates set forth in Labor Code § 4603.2(b) and/or § 4622(a).

It is absurd to think that following IBR, providers should have to expend more time and resources simply to obtain what’s owed. We would hope that when proven wrong in a dispute, claims administrators would act in good faith and follow the DWC’s directives.

Apparently, for some claims administrators, our hopes are misplaced.