The Third-Party Administrator (TPA) twice failed to properly reimburse a Qualified Medical Evaluator (QME) for Medical-Legal services, initiating costly, time-consuming disputes. Independent Bill Review (IBR) determined that for one bill, CCMSI must reimburse the provider — but CCMSI is weeks beyond the deadline to comply with the IBR decision.

For the sake of the injured worker, whom the QME affectionately describes as “a really nice kid,” the QME has decided to continue conducting requested evaluations, despite CCMSI’s failure to honor the Medical-Legal Fee Schedule (MLFS) and the IBR decision. The dispute is emblematic of what so many California physicians face in workers’ comp: the decision whether to continue helping injured workers at a financial loss.

California legislators and regulators, read the letter from the QME below closely — this is why doctors are fleeing the system.

Frustration With CCMSI Boils Over

We display the letter below with the QME’s permission, as an example of why California is apparently struggling to find enough QMEs to meet demand. Patient information and other sensitive details are redacted. 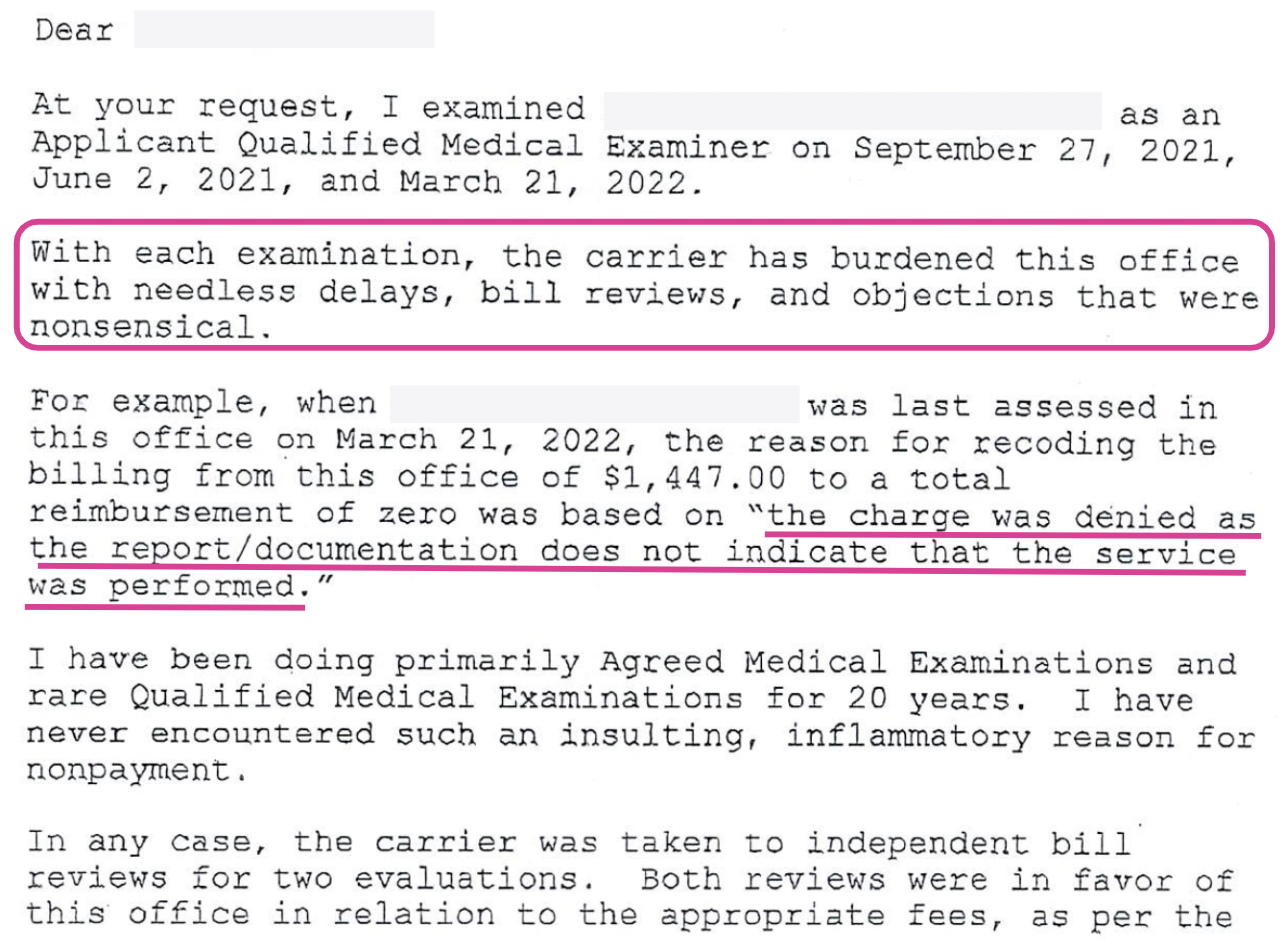 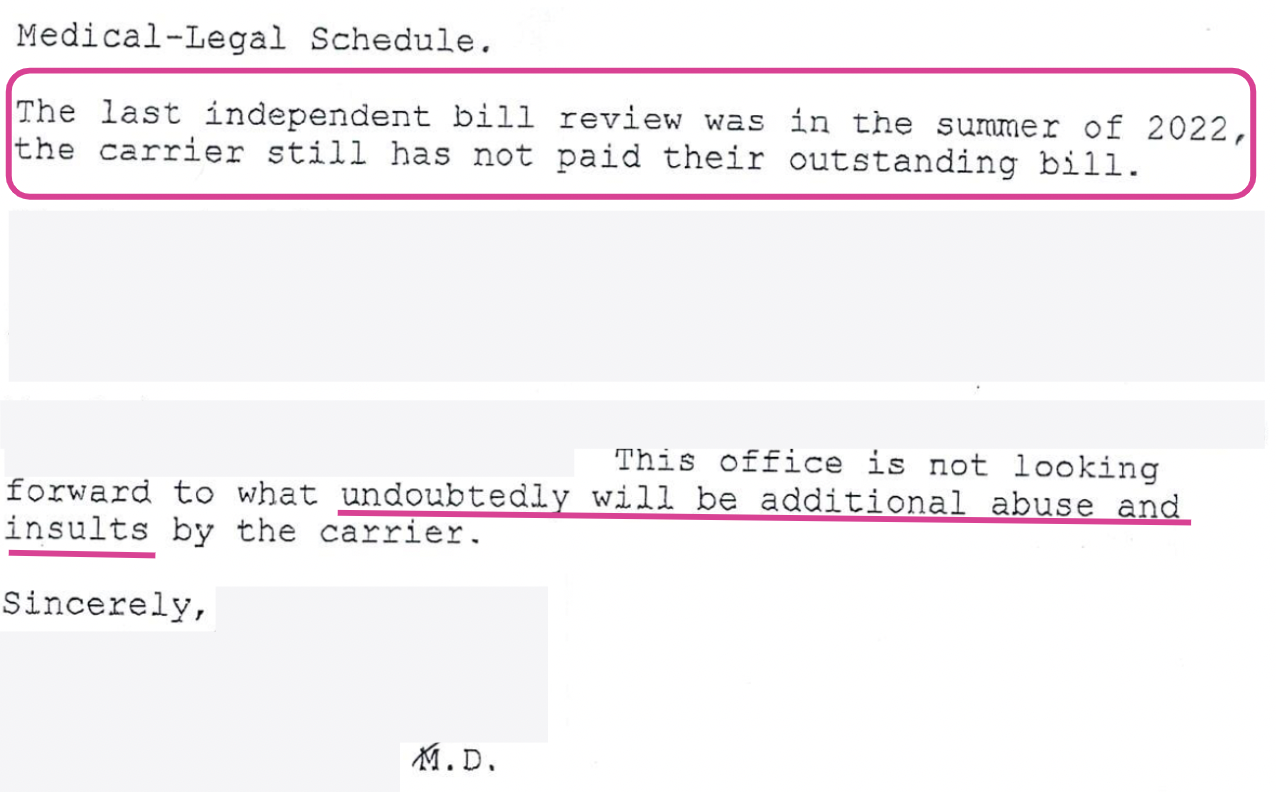 In September 2021, the QME (a daisyCollect client) performed a Follow-up Medical-Legal Evaluation (ML202), as requested by the injured worker’s attorney.

As the Explanation of Review (EOR) shows below, CCMSI denied payment for the evaluation, citing random reasons like “...information submitted does not support this level of service” and “Charge exceeds fee schedule” neither of which are applicable.

However, when the QME performed another follow-up evaluation in March of 2022, CCMSI denied payment again — and abandoned any pretense of making sense by claiming that the Medical-Legal report “...DOES NOT INDICATE THAT THE SERVICE WAS PERFORMED.” 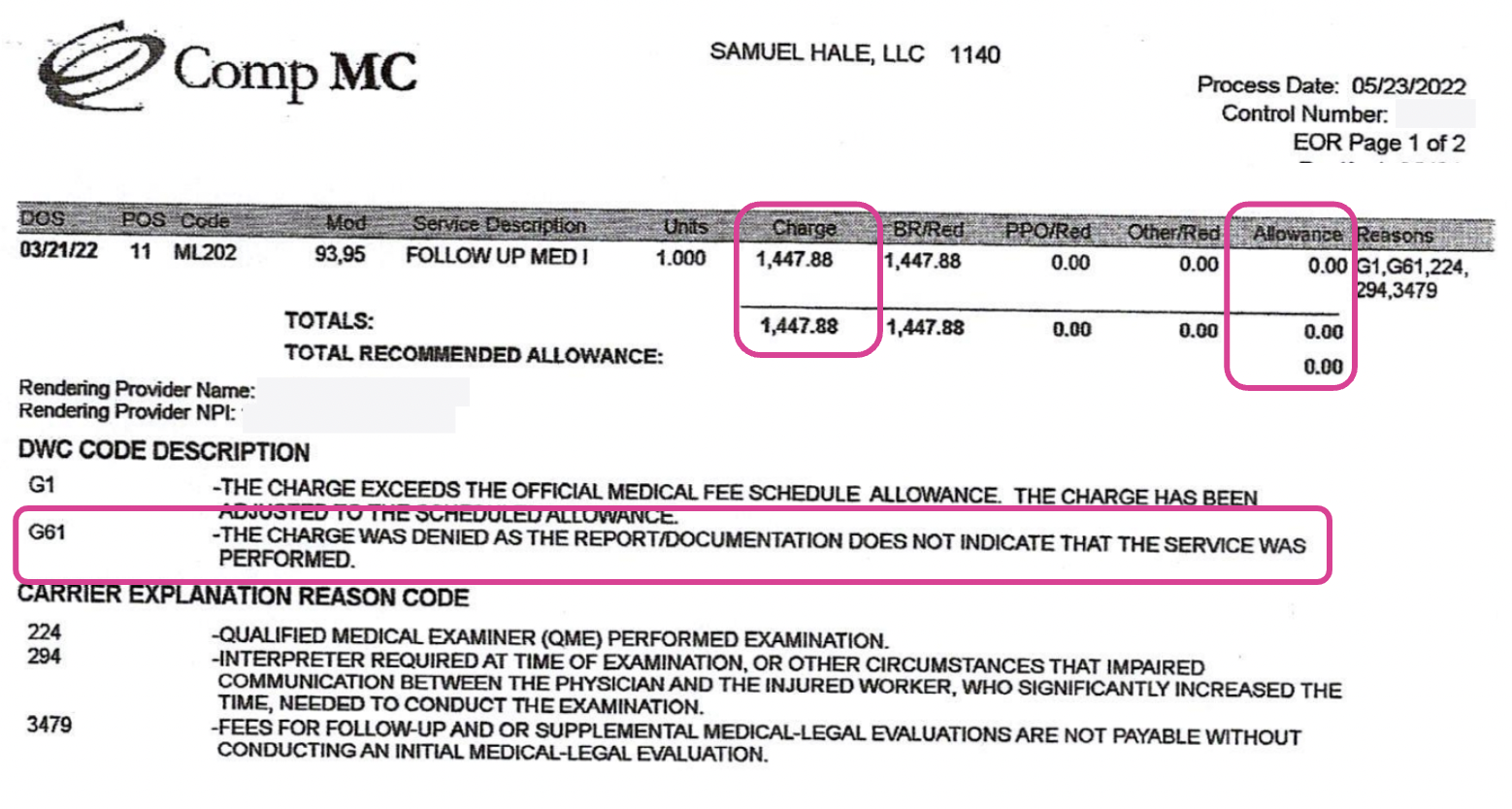 daisyCollect submitted a Second Review appeal. This time, CCMSI denied the appeal, again absurdly questioning whether the service was, in fact, performed.

This forced daisyCollect to request IBR from Maximus, the entity which conducts IBR on behalf of the Division of Workers’ Compensation (DWC). Predictably (according to our Medical-Legal IBR data), Maximus ruled in the QME’s favor, ordering CCMSI to remit appropriate payment, plus the $180 IBR filing fee. 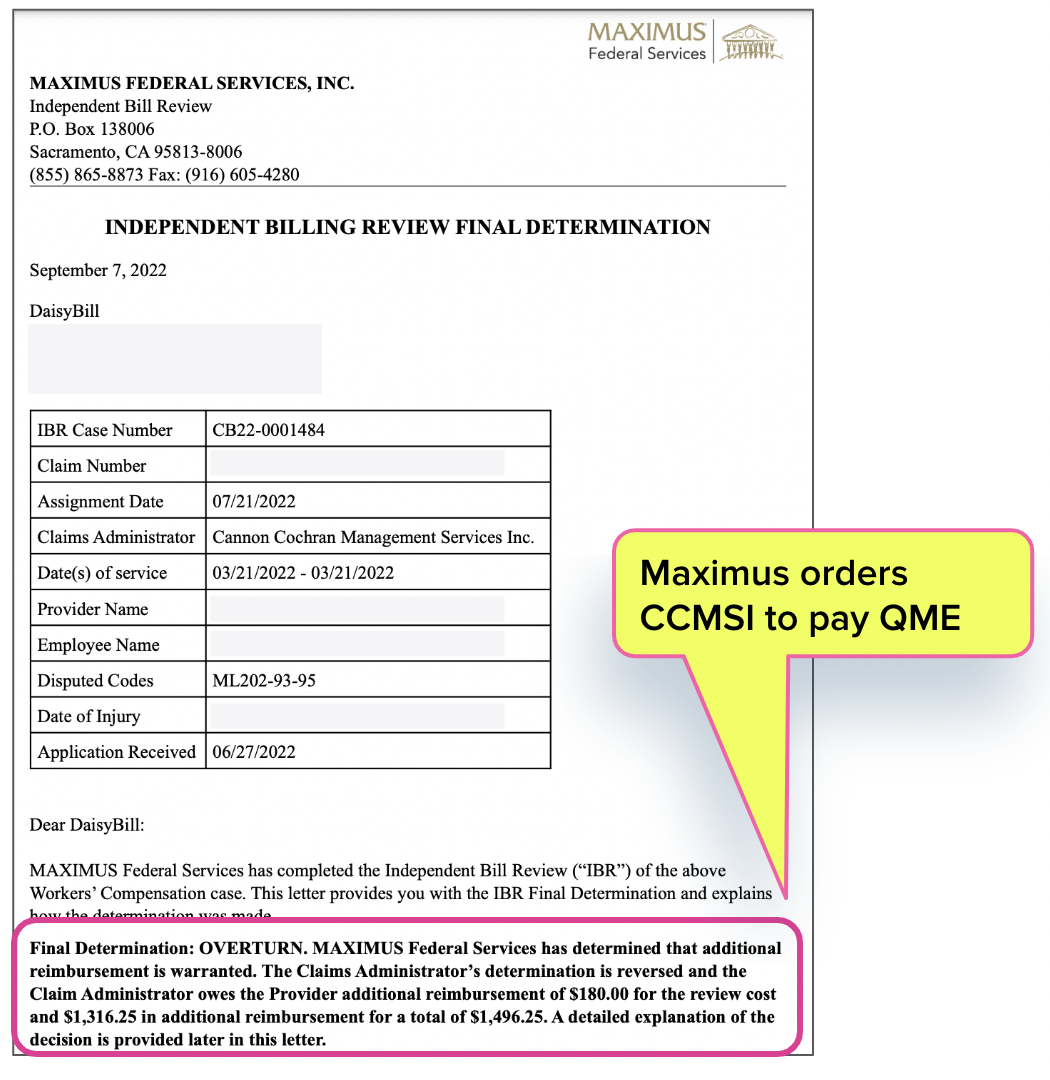 As of this writing, CCMSI has yet to comply with this IBR decision. Per California Labor Code Section 4603.2, claims administrators have 45 days to pay from the official date Maximus’ decision, which in this case made payment due on October 22, 2022.

On principle, the QME agreed to continue evaluating the injured worker so as not to delay care or impede the dispute resolution process — but the QME reached out to inform the worker’s attorney of CCMSI’s “abuse and insults.”

Will CCMSI honor its legal obligation to reimburse, including the IBR filing fee and the penalty and interest payments currently accumulating? If not, will CCMSI face consequences from the state? The fact that we have to ask is exactly what makes it so difficult to find a QME in California.

With tools for quicker, easier appeals, daisyBill helps your practice demand full reimbursement — with just a few clicks. Learn more or request a demo below: