Two claims administrators, York and Sedgwick, denied hundreds of compliant second review appeals on the grounds that the appeals were “duplicates” of the Original Bills in question.

You read that right.

As absurd as it is to consider, York and Sedgwick denied payment for the treatment of injured workers by distorting reality, classifying the appealed charges as doubly-submitted original charges. If such a stunt wasn’t plaguing overburdened providers with even more pointless friction, this behavior would be laughable.

Unfortunately, such a waste of providers’ time and resources is anything but funny.

These repeated errors, to put it nicely, strain credulity.

With no state-mandated consequence for failure to comply with the second review process, it’s just too easy to dismiss providers’ appeals in dubious ways. After all, the burden of addressing an improperly handled second review appeal is entirely on the provider — and claims administrators know it.

When the second review appeal fails to produce correct reimbursement, the provider must escalate to either Independent Bill Review (IBR) or filing a lien, depending on the circumstances (for help determining which recourse is appropriate, see this blog). Such escalation is time-consuming, costly up front, and often incredibly frustrating, even when the provider wins the dispute.

As with the Original Bill, the claims administrator must provide reasons when denying payment upon second review,  using the Bill Adjustment Reason Codes (BARC) outlined in California’s Medical Billing and Payment Guide.

Typically, claims administrators that stand by the original denial of payment simply state as much, applying the appropriate BARC code to indicate that the original decision is upheld. But as in the final EOR below, York applied denial reasons indicating they “considered” the appeal a “duplicate submission”: 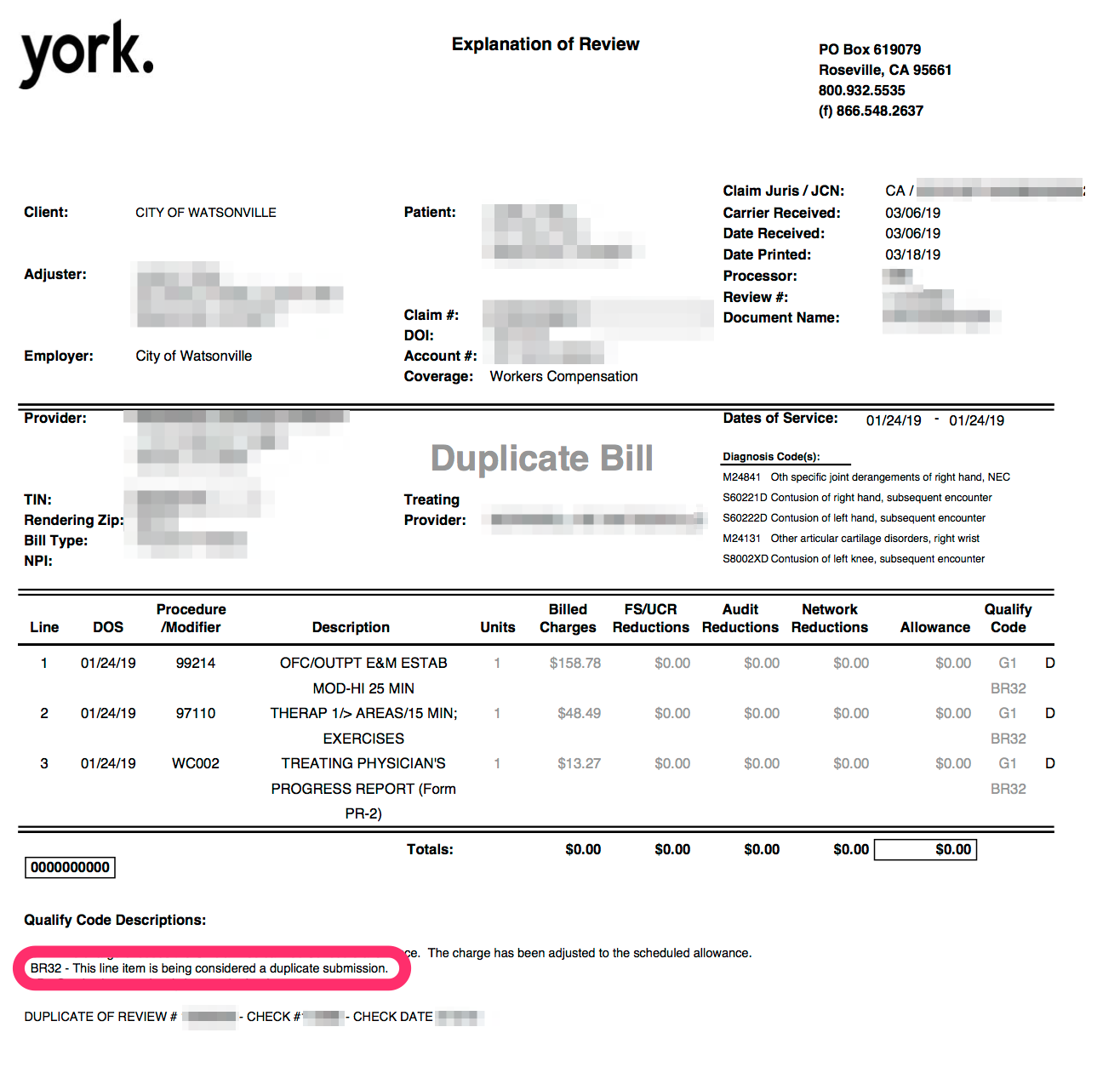 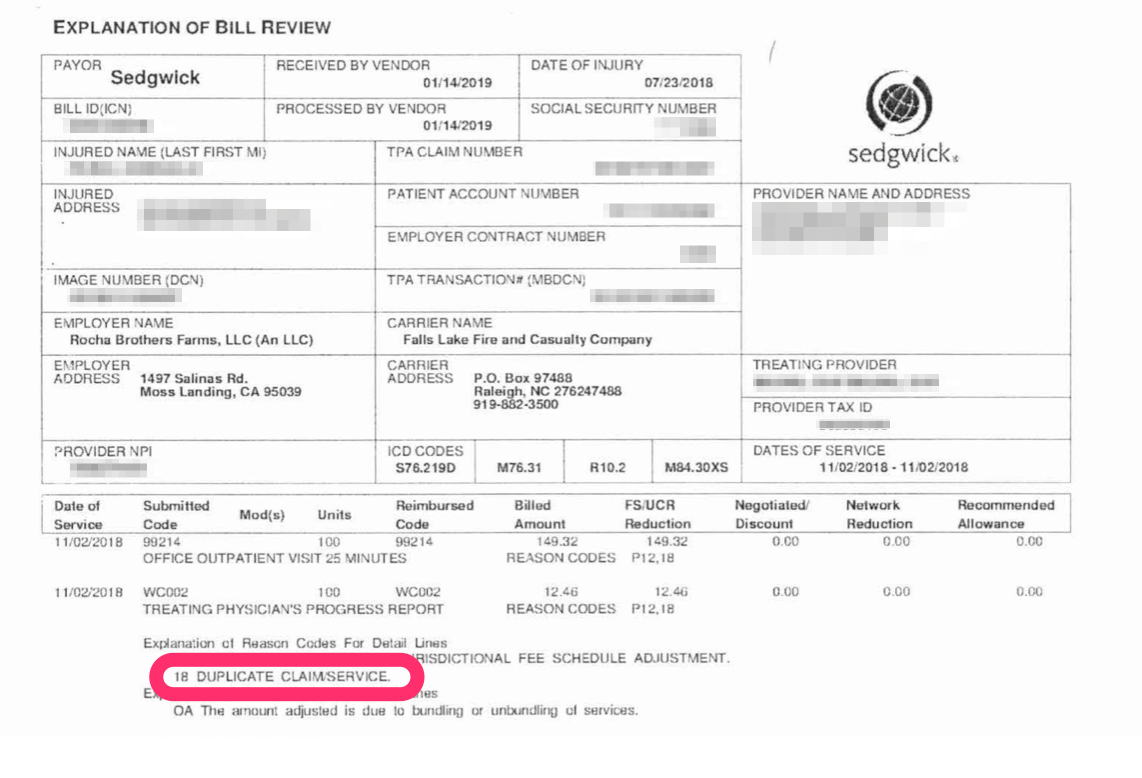 Worse, the above EORs do not reflect isolated incidents. They are just two examples of an issue we’ve seen repeatedly when helping our providers secure proper reimbursement.

Whether it’s the result of ineptitude or an insulting degree of cynicism, York and Sedgwick are making it incredibly difficult for providers. Sadly, this farce is indicative of an all-too-common approach among claims administrators: throw up ridiculous obstacles, and EXPECT providers to give up on collecting correct payment.

We urge providers not to capitulate. If your office is denied payment by a claims administrator treating a compliant second review appeal as a duplicate bill, request IBR. Hopefully, claims administrators will get the message. MORE IMPORTANTLY, perhaps the State of California will step in and stop this abuse of workers’ comp which ultimately hurts injured workers.

DaisyBill’s work comp Billing Software features everything providers need to bill completely and compliantly, plus features that make appealing for Second Review easy and fast. In the event of continued dispute, our IBR Decision Library helps providers bolster their case with solid precedent.

Schedule a free demonstration, and see what DaisyBill can do for your office.

Dec 1, 2022 3 min read
MPN Chaos: Sedgwick Denies QME Payment - Lowe's Home Center
The Medical Provider Network (MPN) system in California is out of whack — to the point that it breeds the kind of improper payment denials that make it impossible not to ask ...