Blog Home > Location-Based Adjustments (GPCIs) Now in Effect for California, as of January 1, 2019

Location-Based Adjustments (GPCIs) Now in Effect for California, as of January 1, 2019

For better or worse, location-based adjustments are here for California workers’ comp. Find out how they impact reimbursements in 2019.

As our preliminary calculations indicate, net reimbursements will decrease by 3-4% for many areas, whereas the most expensive locations will receive at least a 10% increase over 2018 reimbursements.

The California Division of Workers’ Compensation (DWC) modified the Physician Fee Schedule, effective for dates of service as of January 1, 2019. Changes to this fee schedule include the adoption of Medicare Geographic Practice Cost Indices (GPCIs), in 8 CCR § 9789.12.2(e)(2), to calculate reimbursement for physician and non-physician services.

With the adoption of GPCIs, we crunched the numbers to determine the impact on 2019  reimbursements. The following are a few selected examples of reimbursements using the new GPCI formula:

The regions selected above represent the median, lower, and upper ends of the GPCIs.

We have already seen some reimbursement tomfoolery from payers. In coming blogs, we will show you how payers are incorrectly reimbursing providers.

With GPCIs potentially adding more chaos to the billing and reimbursement landscape, providers should get ready to file more appeals. Your friends here at DaisyBill have your back, with software that makes 5-second appeals possible. Three clicks and your second review request is done! 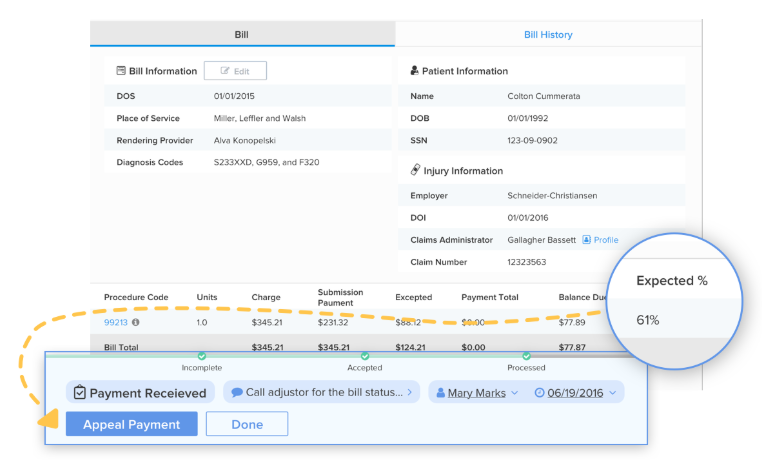