Correcting a coding error is as simple as submitting a Second Review appeal explaining the error.

Last year, we discussed the convoluted process to correct billing errors. As we demonstrated, fixing a billing coding error is a frustrating process, at best. In the case of a missing CPT code, providers can submit a new bill with the missing CPT code.

But what about situations where the original bill contains a coding error? For example, a missing modifier?

By following the three-step process described above to correct an erroneous original bill, generally the claims administrator will reprocess the bill as requested and the provider receives the correct payment. But what if the claims administrator doesn’t reprocess the bill as requested and a provider must file an IBR? Below, we highlight an overturned IBR decision where a provider did just this.

In this instance, Maximus’ reasoning is clear and affirms that applicable modifiers added to the Second Review appeal rectified its initial omission; Maximus did not accept the claims administrator’s contention that “Provider should have submitted a new bill to carrier with Modifier 59.” 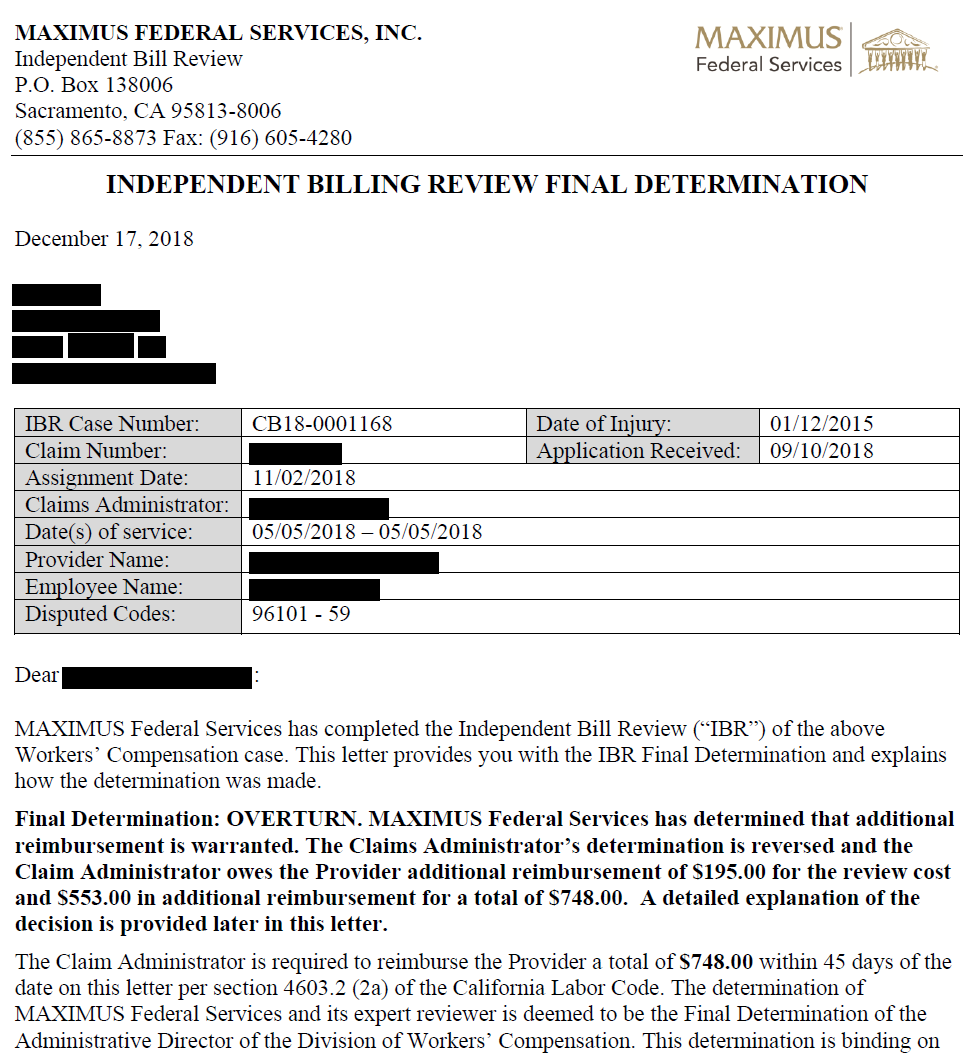 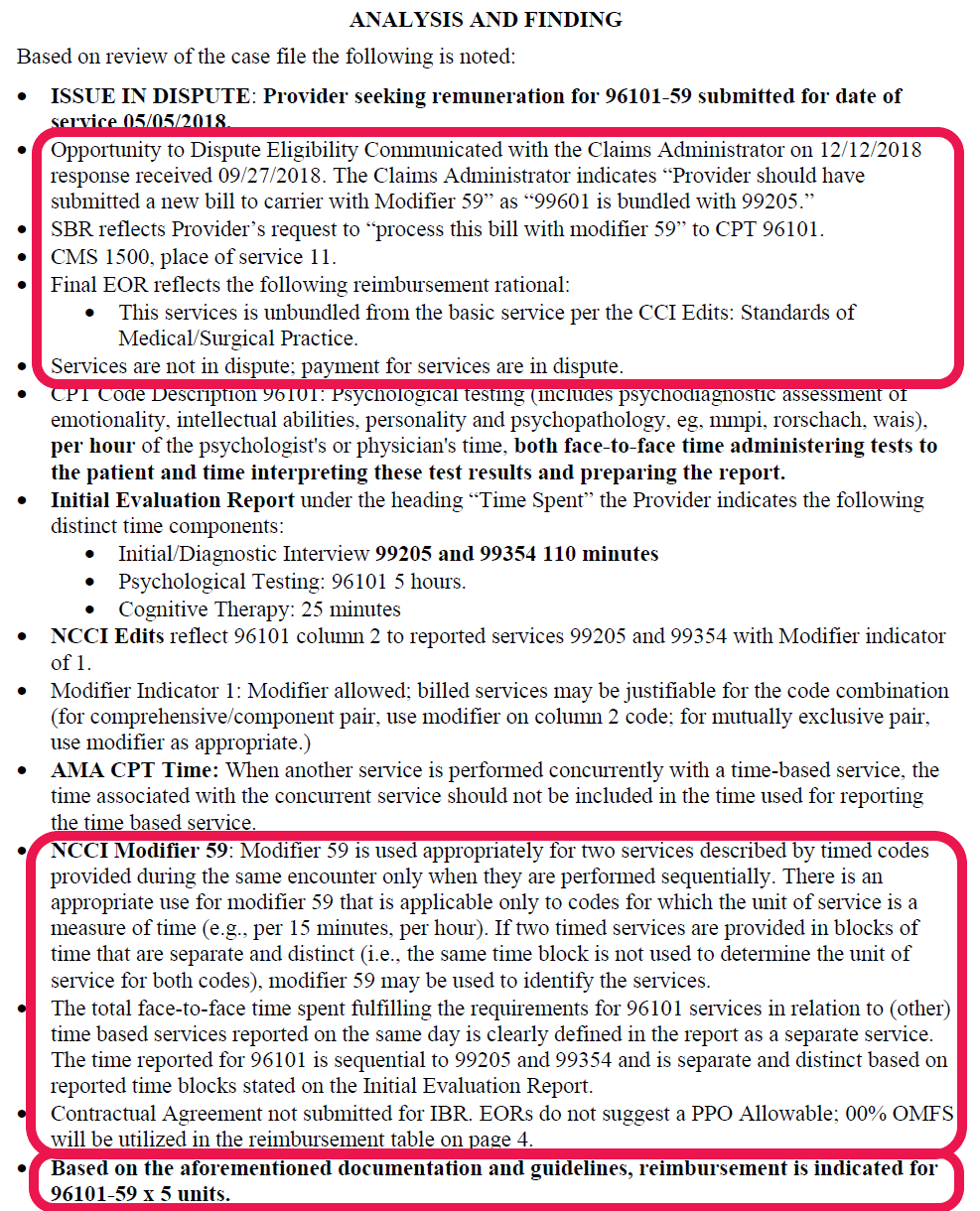 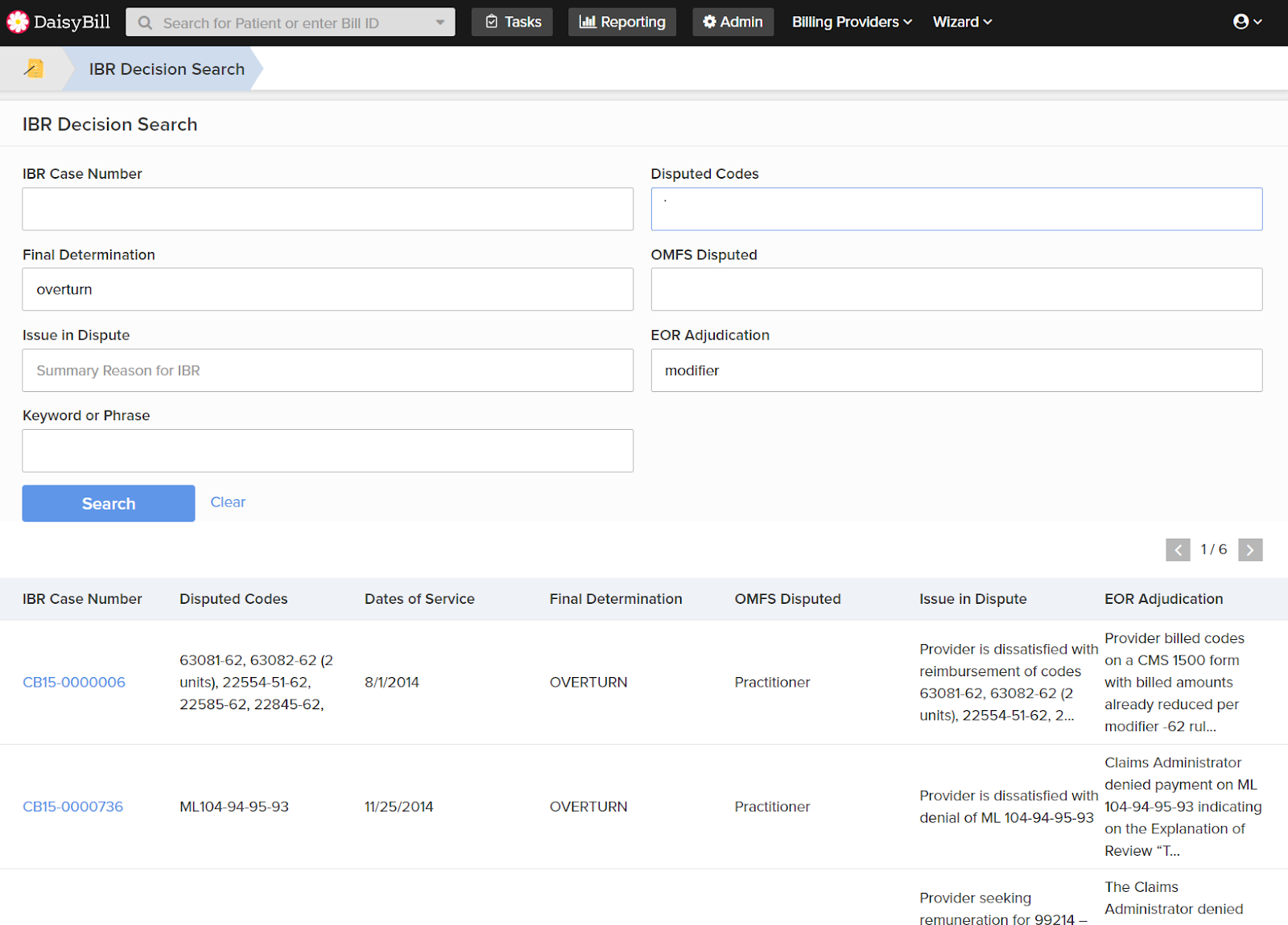 Though the expected outcome is generally in the provider’s favor, securing reimbursement for the IBR fee despite Maximus’ order is another matter entirely. We hope filing a lien to recover the IBR fee won’t be necessary, but the ball is back in the payer’s court to do the right thing.

Payers can quickly and easily navigate the Second Review appeals process with DaisyBill’s powerful billing platform. Three clicks is all it takes to create a Second Review appeal and avoid duplicative billing pitfalls along the way. For both payers and providers, our Work Comp Wizard also includes a searchable database filled with IBR decisions that illuminate existing precedent. Sign up for a free demo today and see how DaisyBill makes molehills out of mountains.

For California workers’ comp providers, we encourage submitting Second Review appeals when the claims administrator incorrectly adjusts or denies payment. Below we sho...

California workers’ comp providers face an inexcusable amount of hassle, red tape, and outright abuse in the struggle to collect correct reimbursement. Take it from us...