In this, our fourth story on the fiasco of 2019 workers’ comp payments, we turn to the errors of Liberty Mutual. By now, from reading about Sedgwick, York, and Sedgwick (again), readers are familiar with the repeated payment abuses of providers by claims administrators.

The background remains the same: California’s Division of Workers’ Compensation (DWC) adopted Medicare Geographic Practice Cost Indices (GPCIs) effective on January 1, 2019. So far, many administrators abide by the 2019 Official Medical Fee Schedule (OMFS) and issue payments that reflect this. But as we’ve seen, some don’t.

Based on this example, and the previous examples of payment offenses by Sedgwick and York, providers should ask the DWC to address two issues: first, the systematic incorrect reimbursements by claims administrators; and second, the extraordinarily unfair burden that IBR places on providers who are simply trying to receive the correct reimbursement per the OMFS. As demonstrated below, providers cannot economically justify the expenses of the state-mandated appeal process and claims administrators are clearly incentivized to incorrectly reimburse providers that treat injured workers.

Per the 2019 Physician Fee Schedule, for each bill in the examples below the total remaining balance due is under $20, and the cumulative balance due for these bills is $57.84. To collect the correct 2019 reimbursement of $57.84 this provider has submitted:

Alternatively, if these providers give up and acquiesce to being incorrectly paid, another back of envelope calculation indicates a savings of as much as $55,000 to Liberty Mutual from incorrectly reimbursing the 2,893 bills.

In each of the following examples for the same provider, Liberty Mutual not only mangles payments by omitting GPCIs from its calculation, it cuts reimbursement for WC002 down to the 2018 rate. Sure, GPCIs are hard, but the DWC publishes its California-specific codes annually -- in the same place on its Web site. This bears repeating: the provider submitted three bills, three Second Review appeals, and three IBR applications -- all for the same pattern of miscalculated payments. 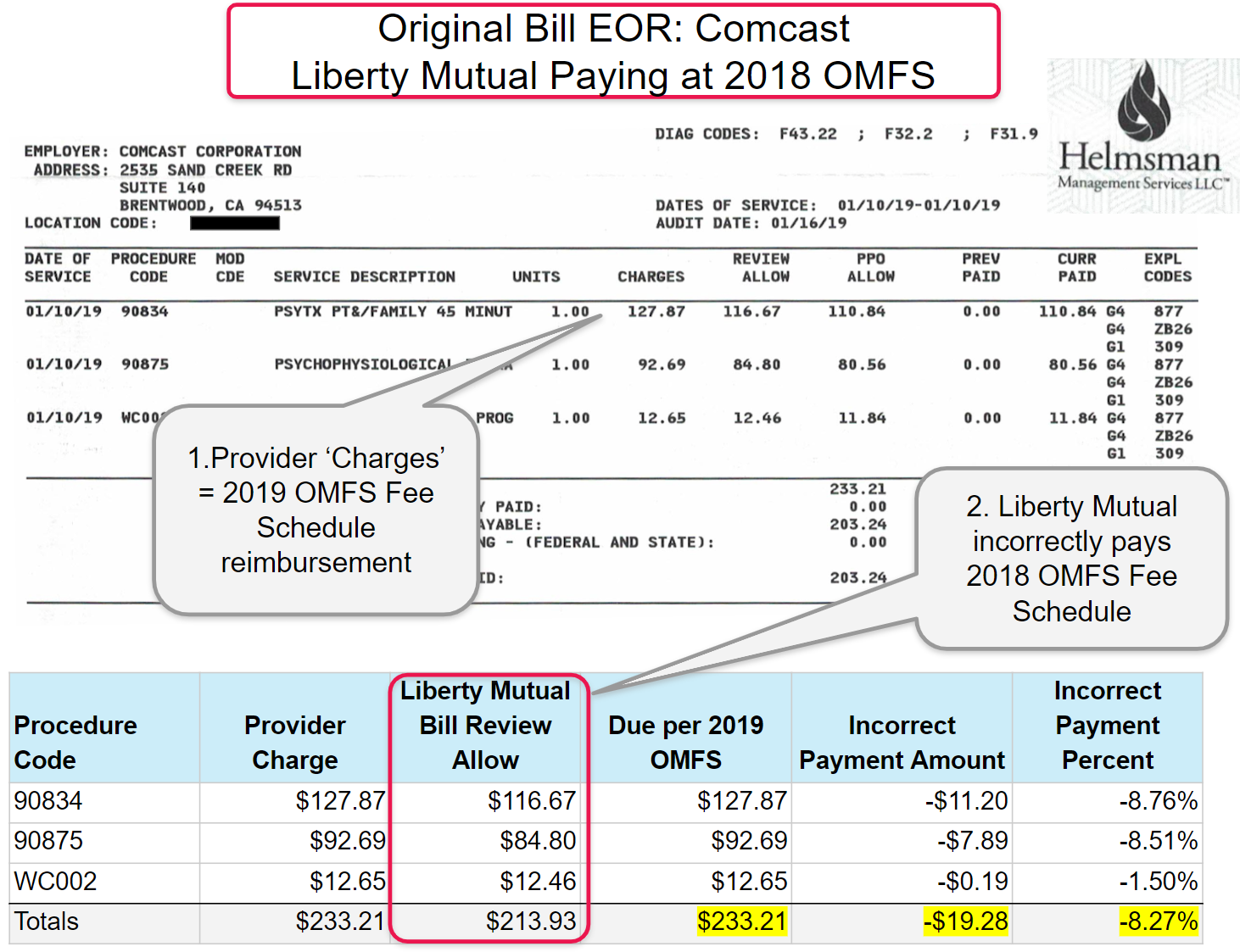 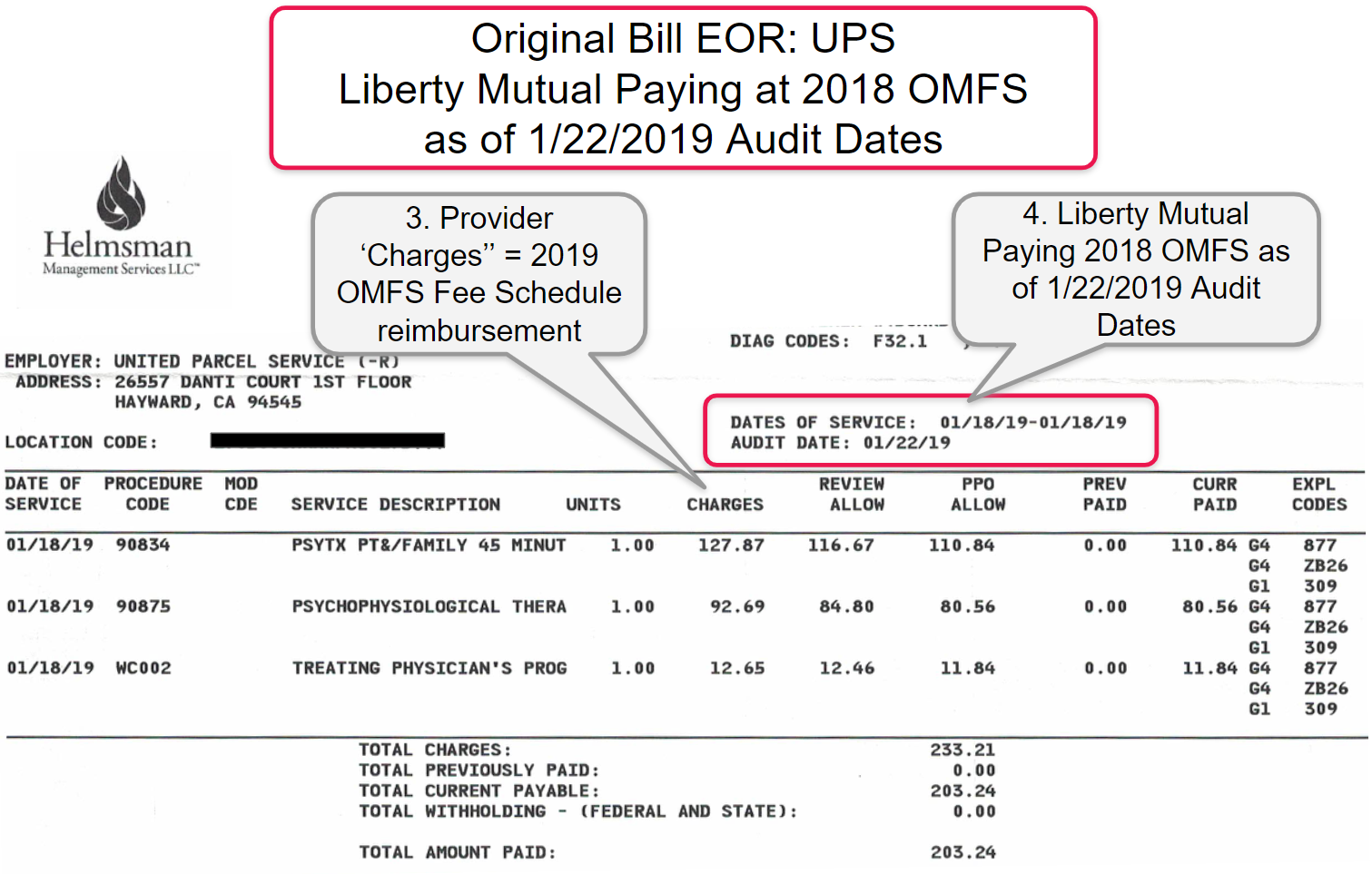 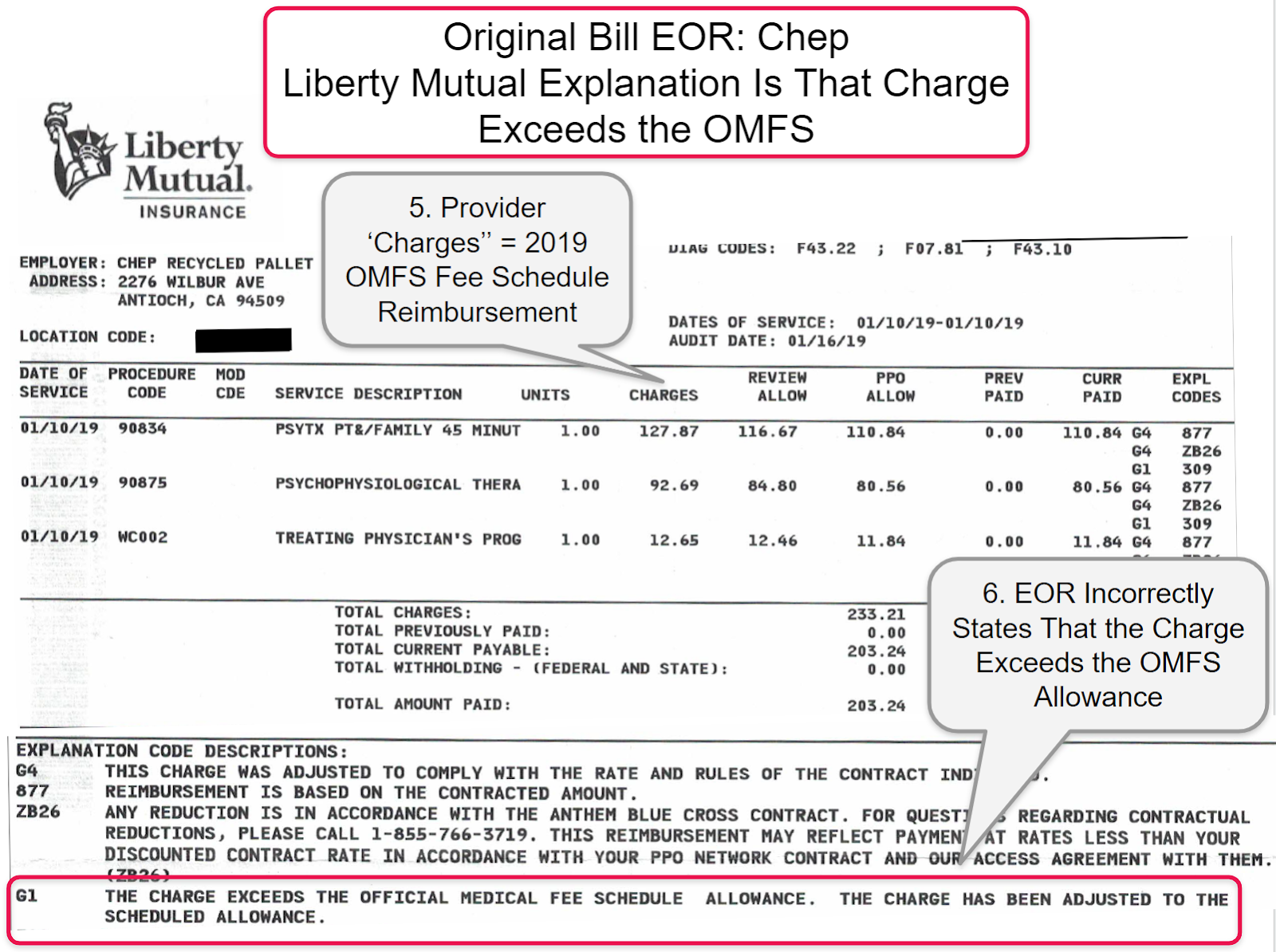 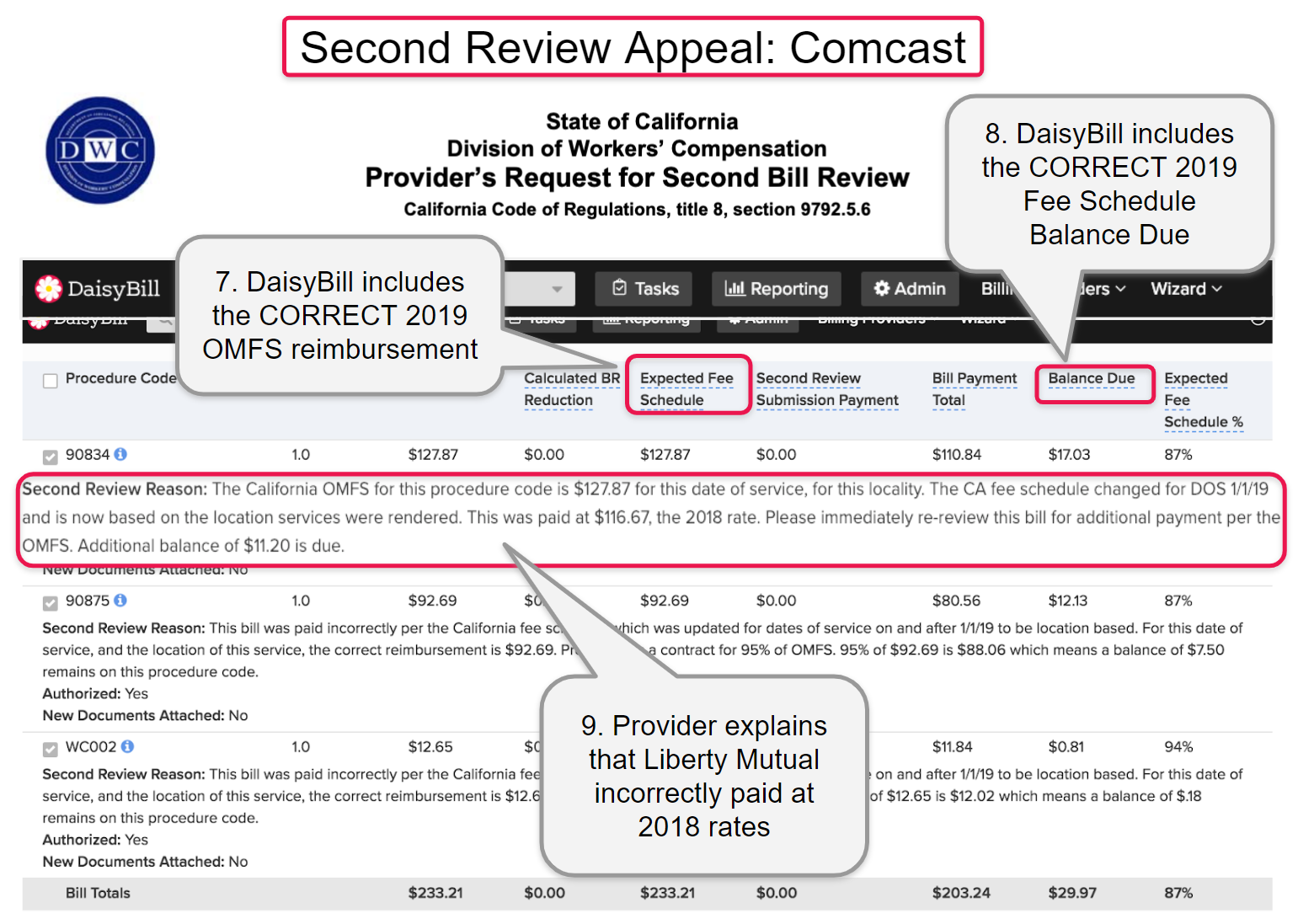 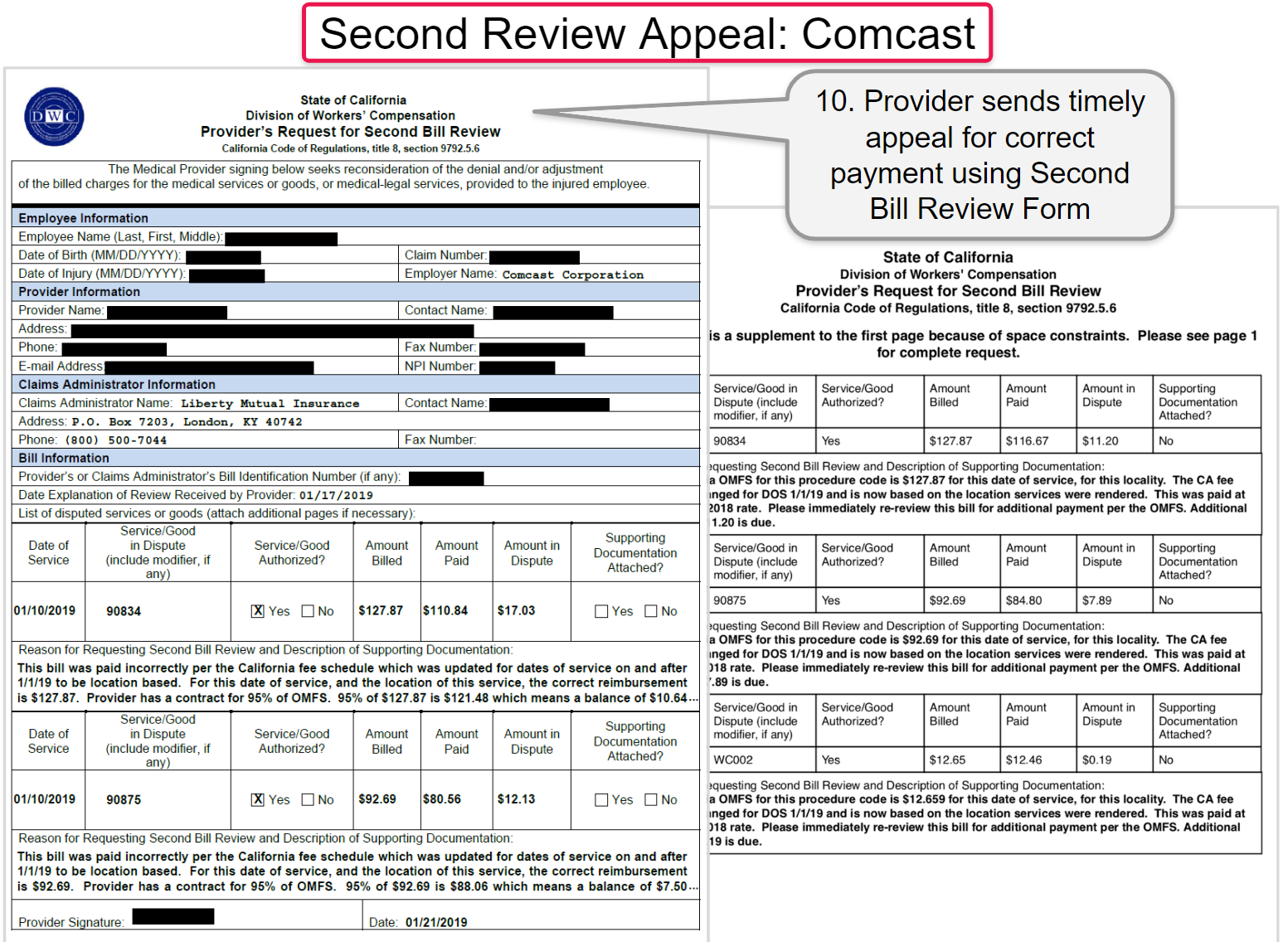 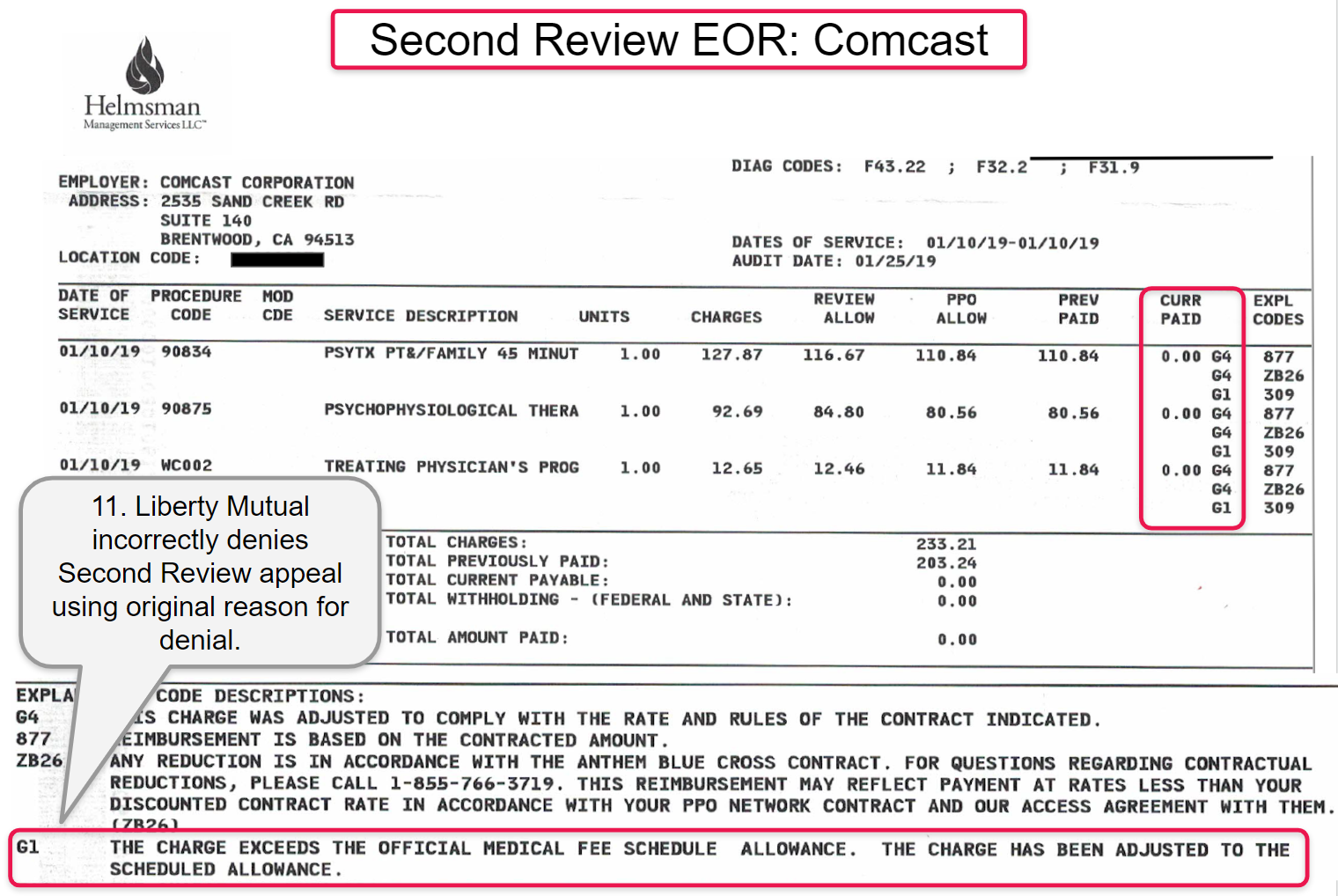 The Costs to One Provider 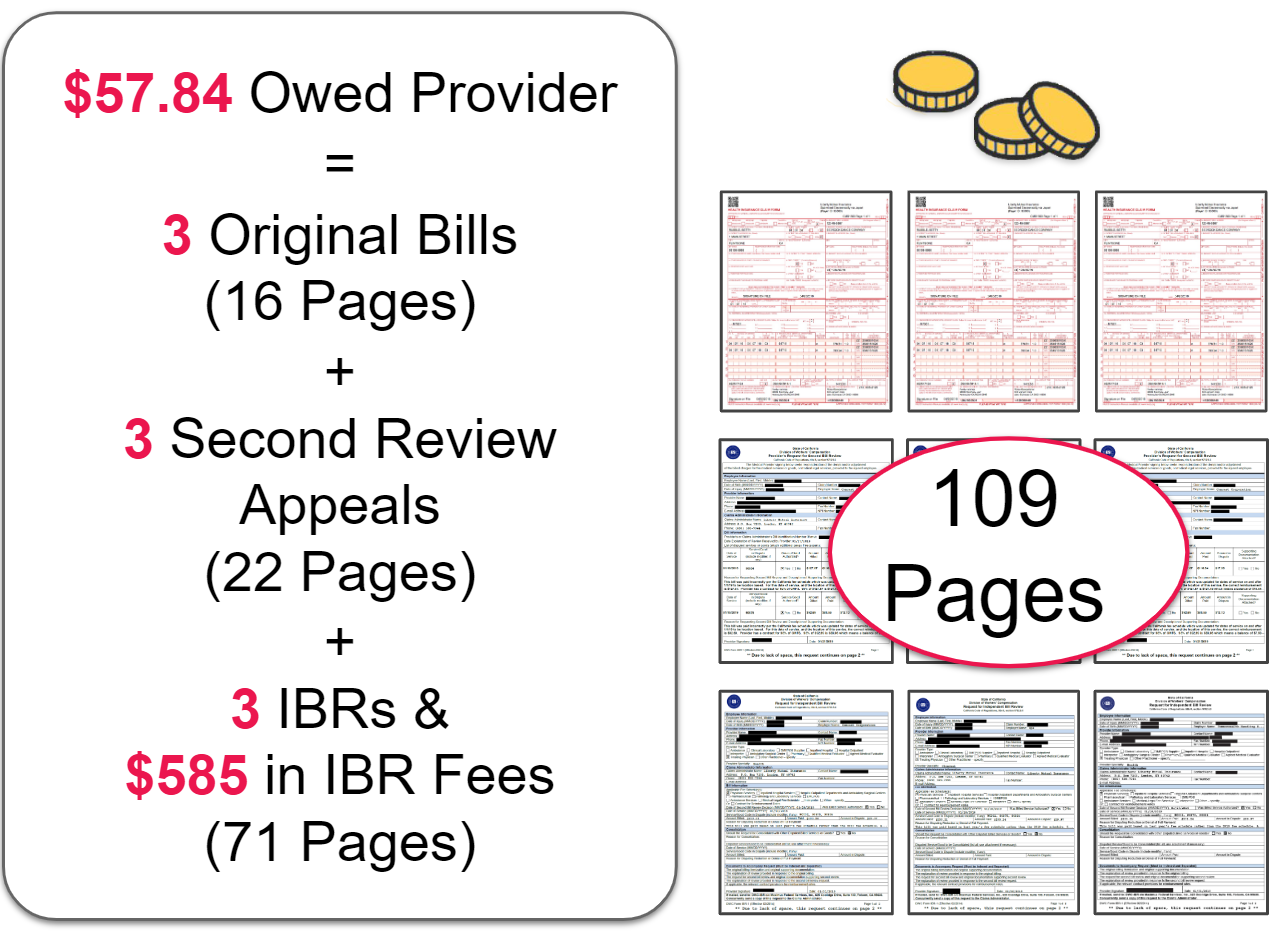 Until such time as the DWC steps in, we’re here to help when payers create a cluster of complications. DaisyBill’s powerful and intuitive electronic billing platform renders original bills in a snap, and Second Review appeals are accomplished in mere seconds with three quick mouse clicks. Sign up for a demo today and see how DaisyBill can ease the burden of dealing with obstinate payers.