Recently a Qualified Medical Evaluator (QME) performed a Comprehensive Medical-Legal Evaluation with an interpreter. The evaluator reported MLFS billing code ML201 and modifiers -95 (for QME services) and -93 (for interpreter services).

CCMSI initially denied the bill on the grounds that the evaluation was non-compensable. Of course, as we’ve pointed out before, there can be no question of compensability for a Medical-Legal evaluation requested by the parties, even when the payer denies the compensability of the injury.

On the provider’s behalf, daisyCollect succeeded in getting CCMSI to pay for the evaluation by submitting a timely Second Review appeal (below) with the following language:

“Service incorrectly denied as non-compensable. Defense attorney issued a letter to the QME requesting a medical-legal evaluation. Provider documents service and time spent in report. Per CCR 9795(c), reimbursement is due for this medical-legal evaluation. Attached is an Overturn IBR Decision CB20-0000400 indicating this denial reason is incorrect. The attached letter serves as a formal written objection and notice of non-compliant EOR. An IBR will be filed upon failure to properly reimburse ML201-93-95.” 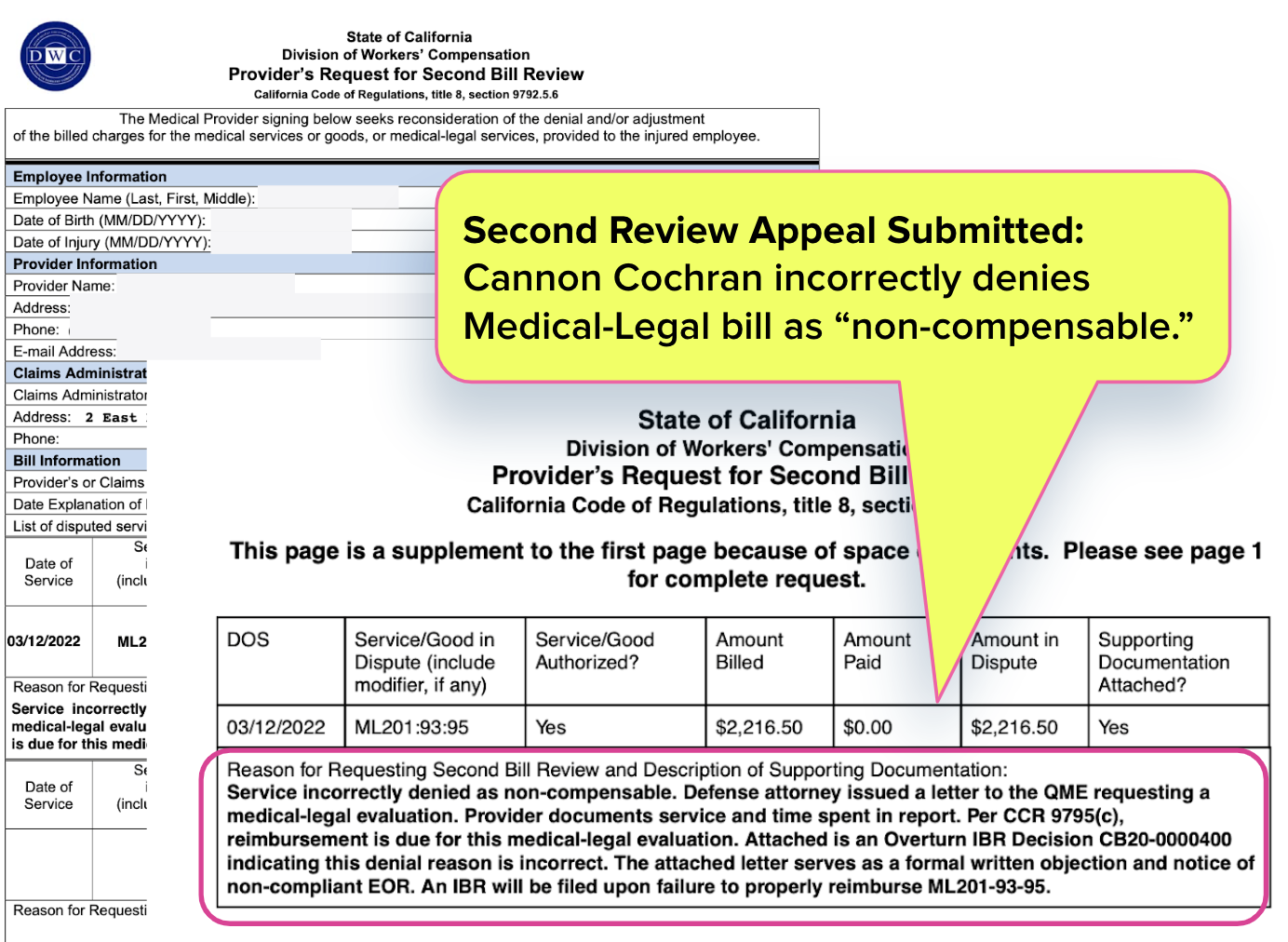 CCMSI refused to remit the $201.50 increase represented by modifier -93 for interpreter services, claiming that “...information submitted does not support this level of service.”

Just like Berkley Net Underwriters, Cannon Cochran is seemingly leaning on the MLFS requirement that modifier -93 “requires a description of the circumstance and the increased time required for the examination as a result.” — as if the ‘circumstances’ that require an interpreter are not obvious.

In the previous article, we noted that “[f]or countless bills, the presence of an interpreter has been understood to inherently indicate the “circumstance” of evaluating a patient who speaks a different language than the evaluator.”

As Cannon Cochran had already conducted Second Review, the only option to pursue full and correct reimbursement, including the increase for modifier -93, is to pay $180 to request IBR.

To avoid improper modifier -93 denials, we strongly urge physician evaluators to include the language above — however silly it may seem — in: 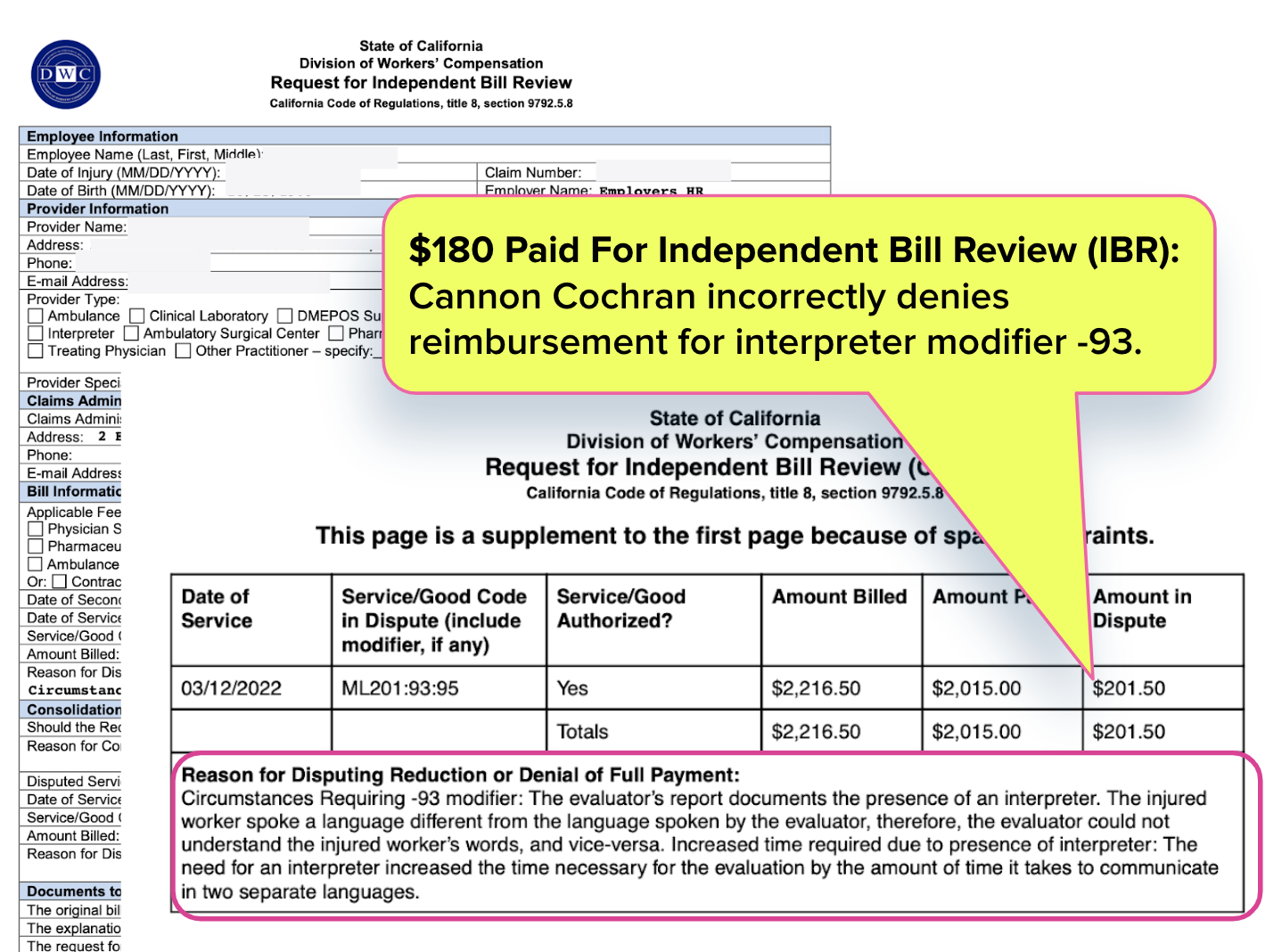 May 10, 2022 2 min read
PPO Discounts STILL NOT Applicable to Med-Legal
It’s hard to believe we still have to write this — or is it? California claims administrators may not apply Preferred Provider Organization (PPO) reductions to physici...