Zurich recently denied liability for an injured workers’ treatment, claiming the 2003 injury was not work-related — despite the fact that Zurich already authorized the treatment. It is unclear whether Zurich set a new standard of gall or incompetence, or simply tried to game the California workers’ comp system.

One thing is clear: Zurich would not remit due reimbursement until the provider paid $180 to request Independent Bill Review (IBR) to dispute this absurd denial.

When the provider submitted the original bill for previously authorized services, Zurich denied all charges on the grounds that the 2003 injury was not work-related. Yet not only did Zurich authorize the services in question; DaisyBill records also show that Zurich previously reimbursed other providers for treating this specific 2003 injury, for the patient in question. 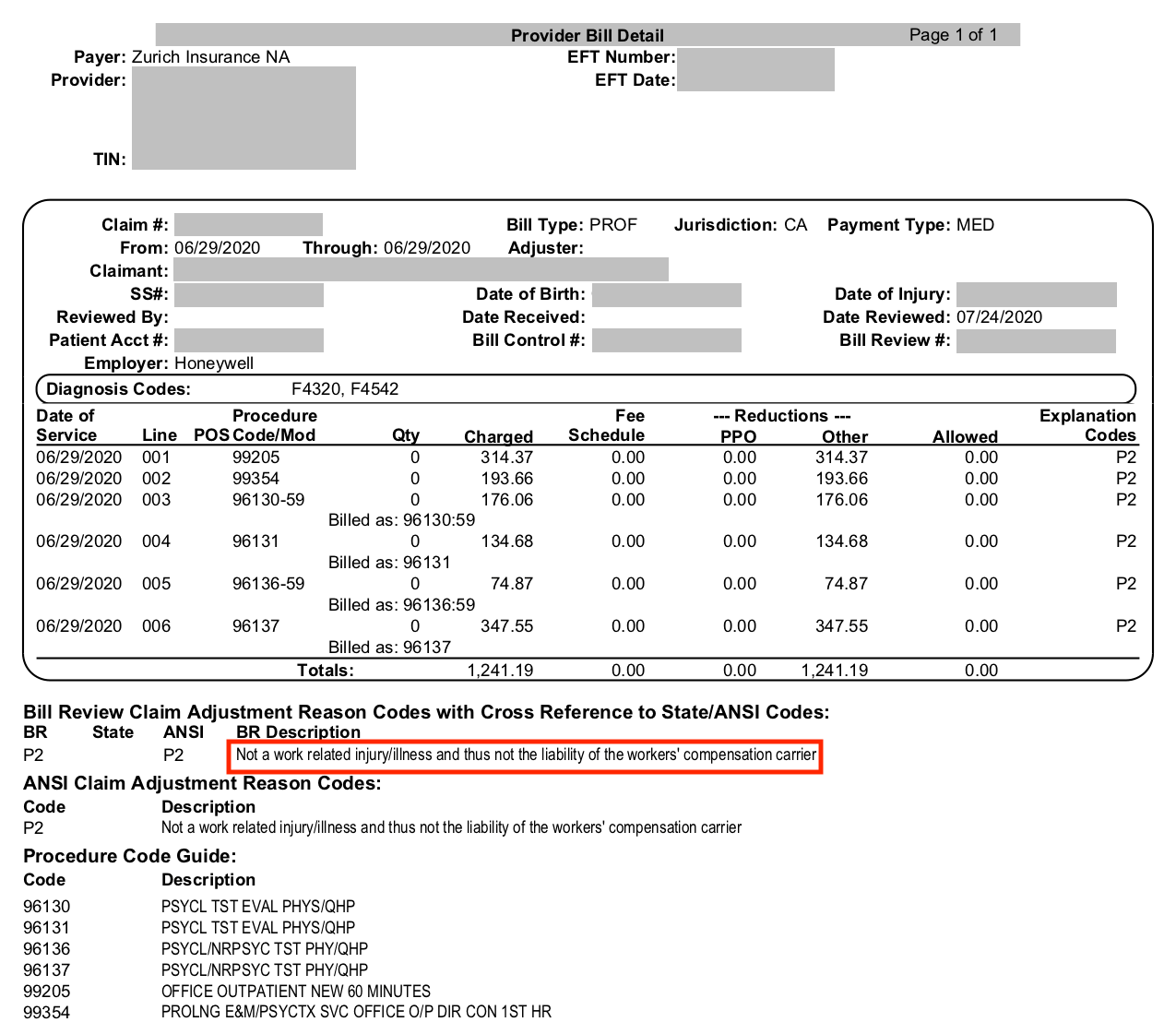 As is (too) often necessary, the provider responded to the EOR with a Second Review appeal. Despite the facts, and the second chance, Zurich doubled down and denied the appeal. The provider had no choice but to pay $180 to request Independent Bill Review (IBR) by state authorities. 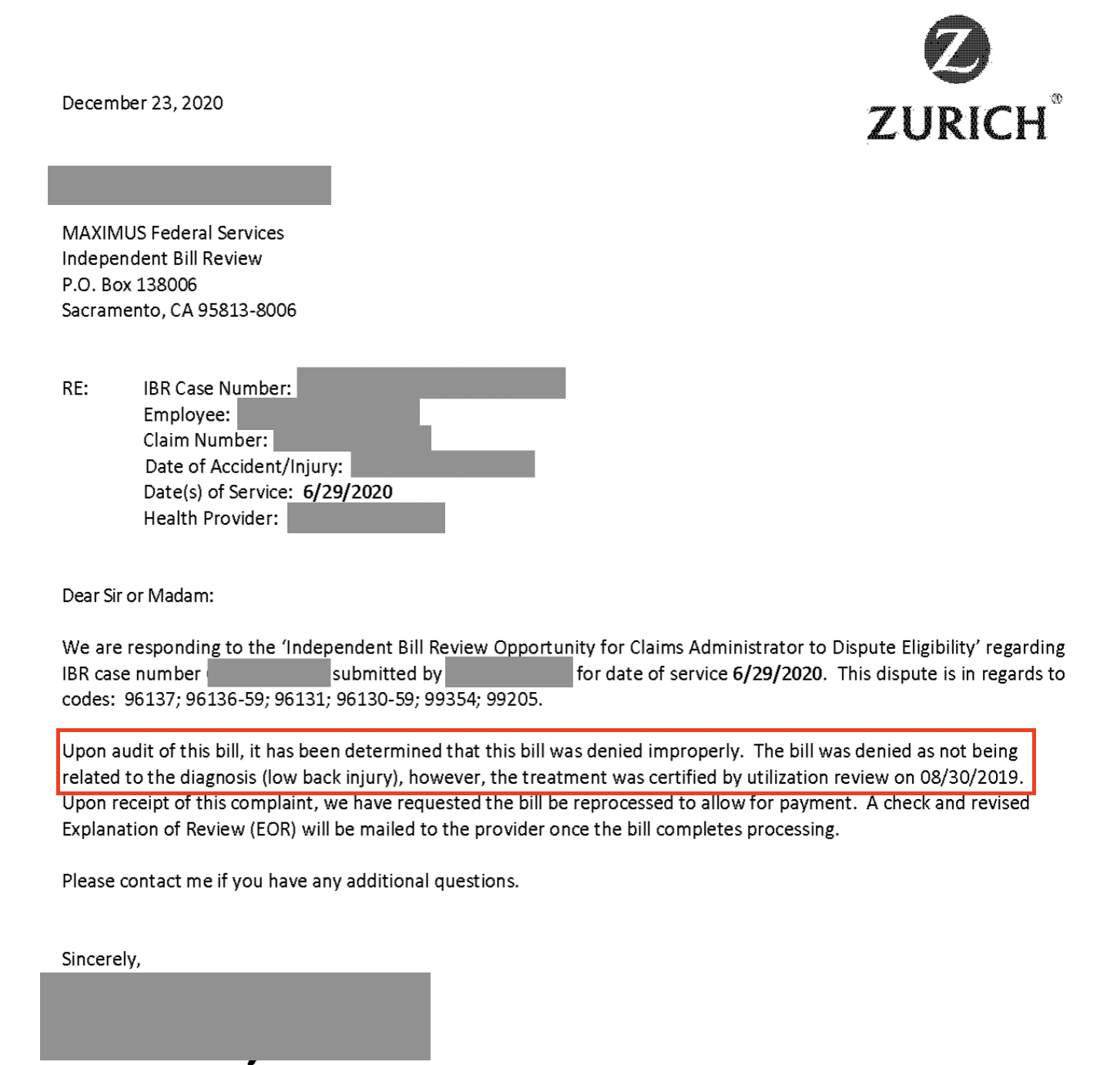 We can’t help but ask: is Zurich simply making no effort to ensure even the most basic semblance of compliance? Are they actively pushing the envelope of what providers are willing to accept? Whatever the case, this dispute is a perfect example of why providers must push back against incorrect denials that are arbitrary at best, and gaming the system at worst.

In the Final Determination letter below, Maximus affirmed Zurich’s sudden mea culpa, declaring that Zurich owed the full amount the provider originally billed, plus restoration of the $180 filing fee. Maximus also cited the authorization documentation the provider included with the bill, presumably while shaking their collective heads: 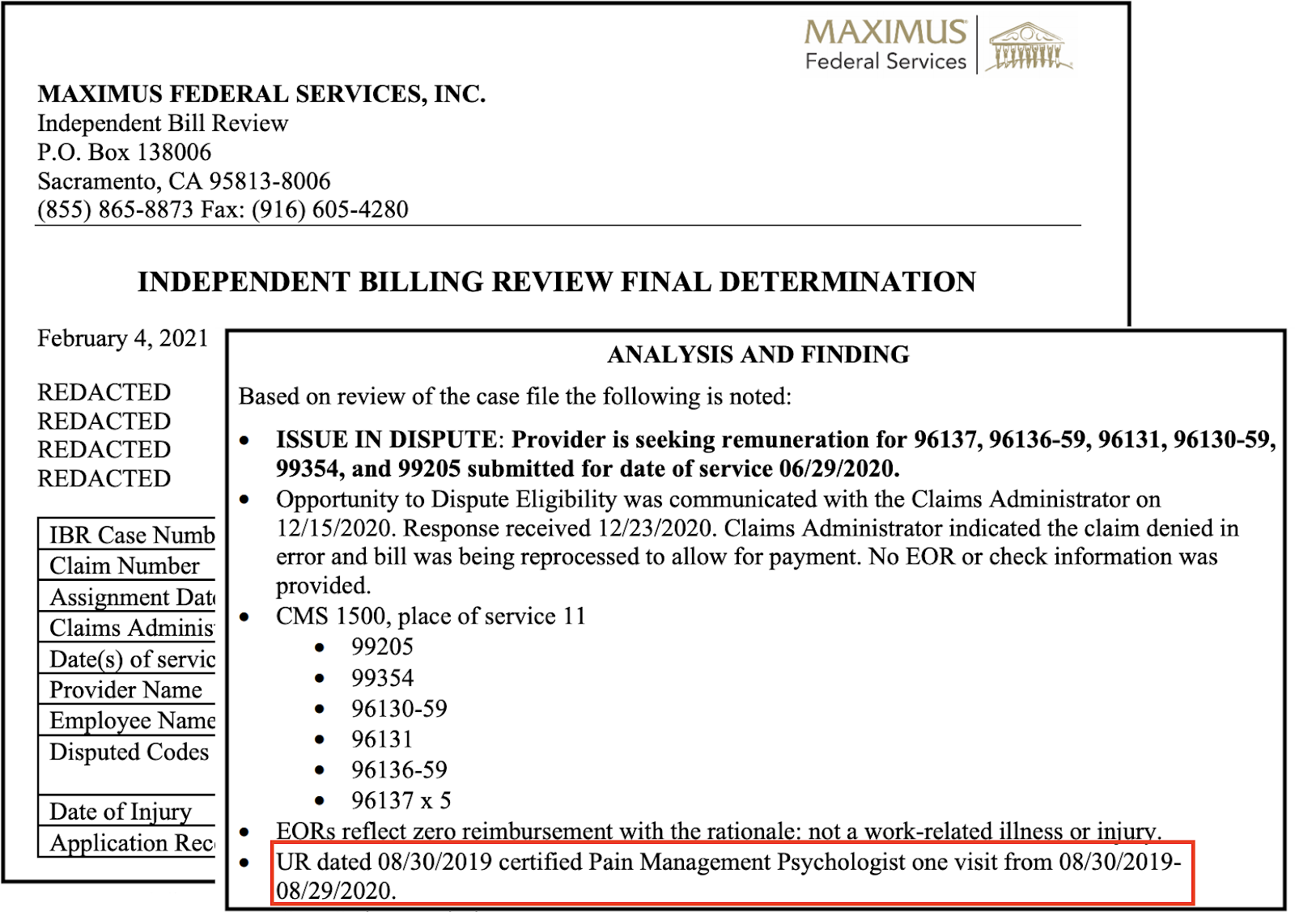 DaisyBill makes it easy to dispute improper denials — and win. Our software electronically sends and tracks appeals, so your office receives what’s owed. Reach out to see how.