If this comes as a surprise to you, you’re not alone. The Division of Workers’ Compensation (DWC) has designated Maximus Federal Service as its independent bill reviewer, but Maximus has made little effort to spread the word — even as providers continued to pay the original, incorrect IBR filing fee amount.

Maximus is currently processing $15 refunds for providers who overpaid.

In February, DaisyBill received the following email from Maximus:

Despite the change having gone into effect on January 1, Maximus did not update the fee amount listed on its online portal for electronically filing IBR requests until February.

According to Maximus, providers who paid $195 from January 1 will receive their $15 refund once Maximus closes the IBR case.

As if to ensure that any providers tempted to treat injured workers in California remain confounded by the process, the DWC maintains two separate resources which list two different, incorrect IBR filing fees. 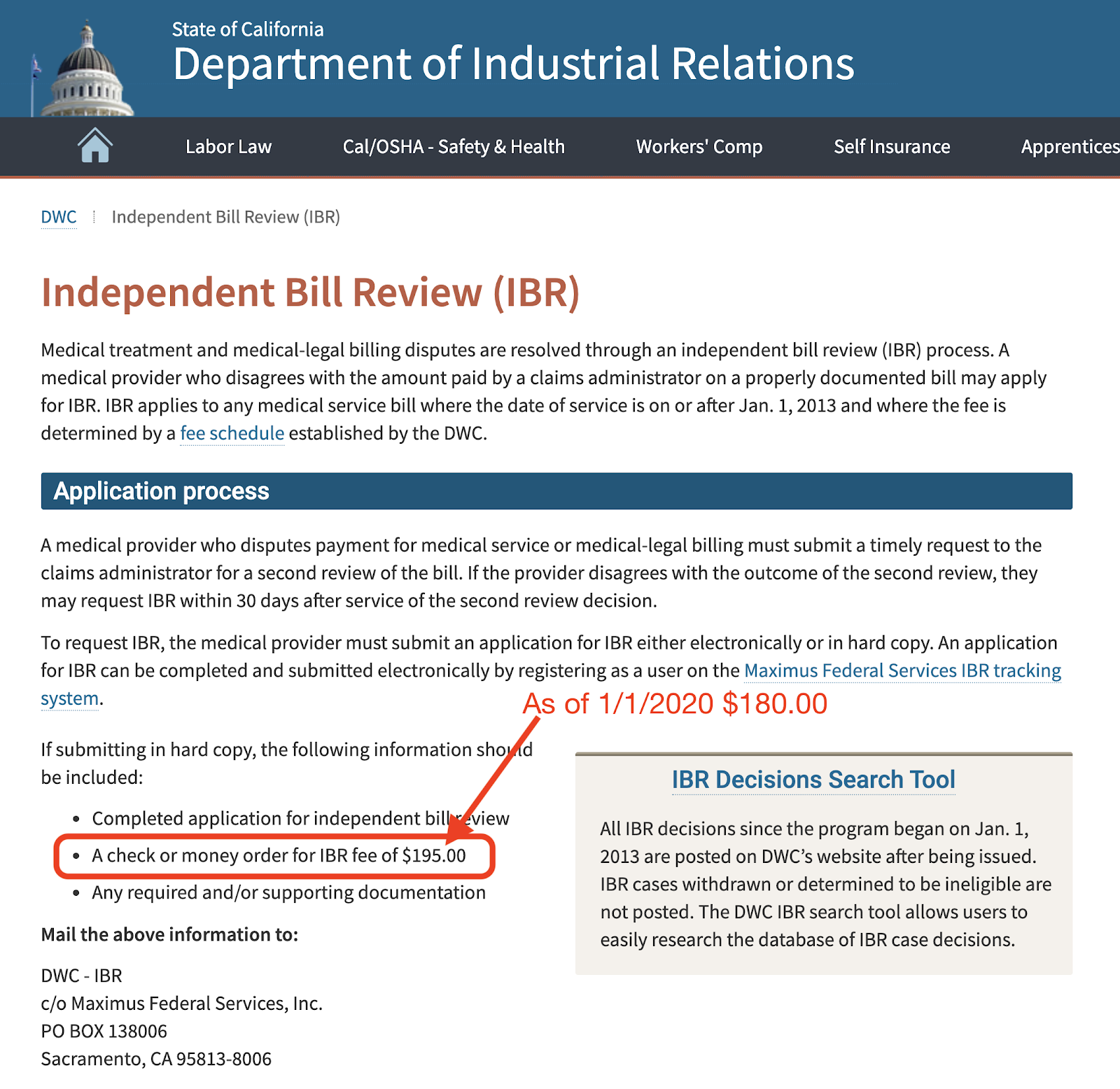 Adding to its list of Achievements in the Bare Minimum, Maximus’ online portal for requesting IBR electronically is currently accurate. Providers may request IBR electronically by registering for a Maximus EFiler account. This system now correctly lists the IBR filing fee as $180:

When Second Review appeals fail to produce correct reimbursement, IBR is the only recourse. Pursuing IBR remains critical for providers, both to protect revenue and to enforce billing and payment rules. It’s unfortunate that the burden of enforcement falls on providers, but here we are.

Despite the hassle, hurdles, and misinformation, Maximus resolves the vast majority of IBR cases in favor of the provider.

Much remains to be done regarding IBR, particularly enforcement of IBR rulings when claims administrators like Sedgwick, TriStar, and others fail to remit correct reimbursement and/or the appropriate IBR filing fee refund. Still, we applaud the decision to reduce the fee — even if we’re the only ones willing to announce it.

DaisyBill helps providers obtain correct payment, even when the claims administrator is less than cooperative. Our Billing Software generates compliant Original Bills, and makes appealing for second review a snap. Plus, our IBR resources help your office prevail when it’s time to take the dispute to the state. Schedule a free demonstration today.