DWC Cracking Down on Late Responses to Requests for Authorization

If a claims administrator violates the rules governing Utilization Review (UR), the DWC applies a mandatory penalty for “each failure to comply with the utilization review process.” In this article, I break down the penalties for untimely and unanswered UR responses to expedited RFAs, concurrent RFAs, prospective RFAs, and retrospective RFAs. 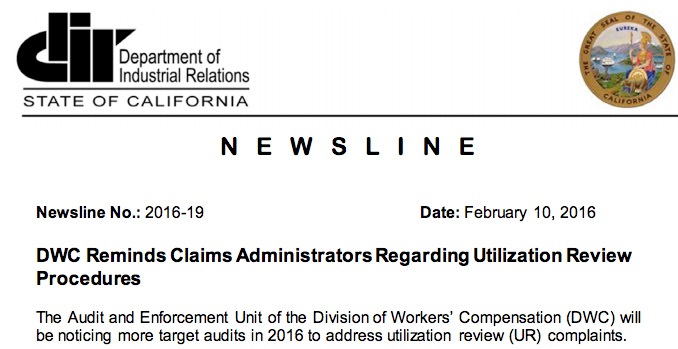 On its UR FAQ page, the DWC details specific UR penalties for a claims administrator that fails to meet mandated timeframes for RFA response.

The DWC gives the highest penalties to claims administrators who fail to establish any kind of UR plan. Failure to establish a UR plan warrants a mandatory $50,000 penalty. 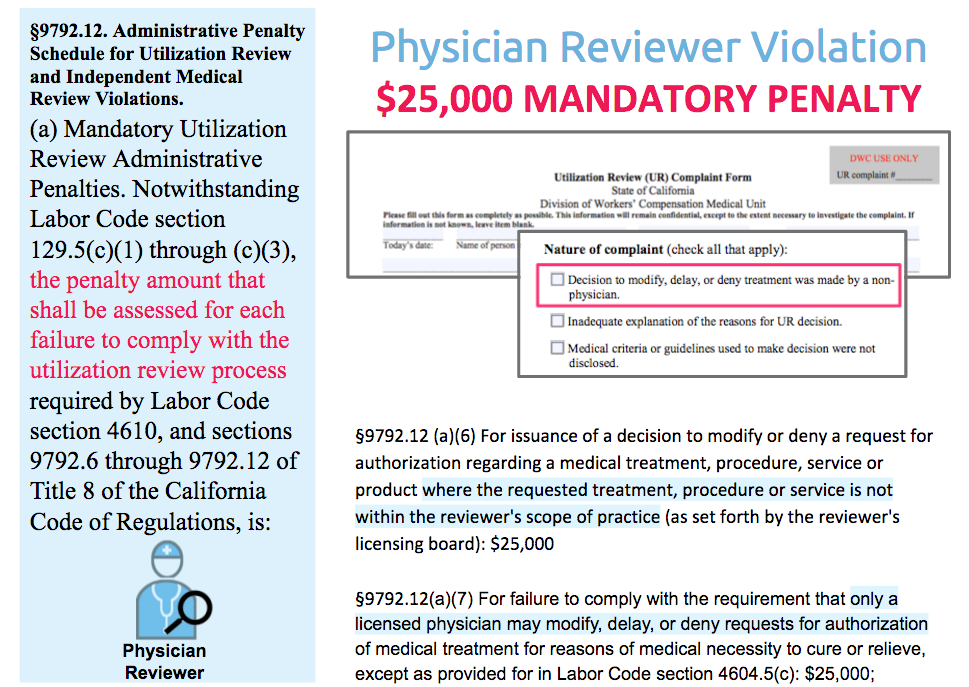 Claims Administrators: To prevent UR penalties, pay close attention to UR timelines and DWC regulations. For free help, contact DaisyBill.

Providers: To report UR complaints, use the DWC UR Complaint Form. When reporting an untimely decision or response, include the dates of RFA submission and due date. DaisyBillers can use DaisyBill’s RFA History as supporting evidence of missed timelines.

The passage of Senate Bill 1175 last autumn placed a lot of emphasis on the timely filing of California workers’ comp bills. But what about timely payment? Claims administrat...