Even before factoring in supplies, lost paperwork, and wasted time, the cost of sending non-electronic workers’ compensation bills is climbing. As of February 1, network payer Homelink is charging providers a 2% fee for all bills submitted via snail mail.

In a recent email to providers, Homelink described the fee as part of an effort “to improve workflow processes with specific focus on billing and payment procedures.”

As of February 1, Homelink charges network providers a 2% fee for all paper bills that the provider sends to Homelink. In their recent email, Homelink instructed providers to submit all workers’ compensation bills and accompanying attachments to an approved clearinghouse in ANSI 837 format to avoid this 2% charge. 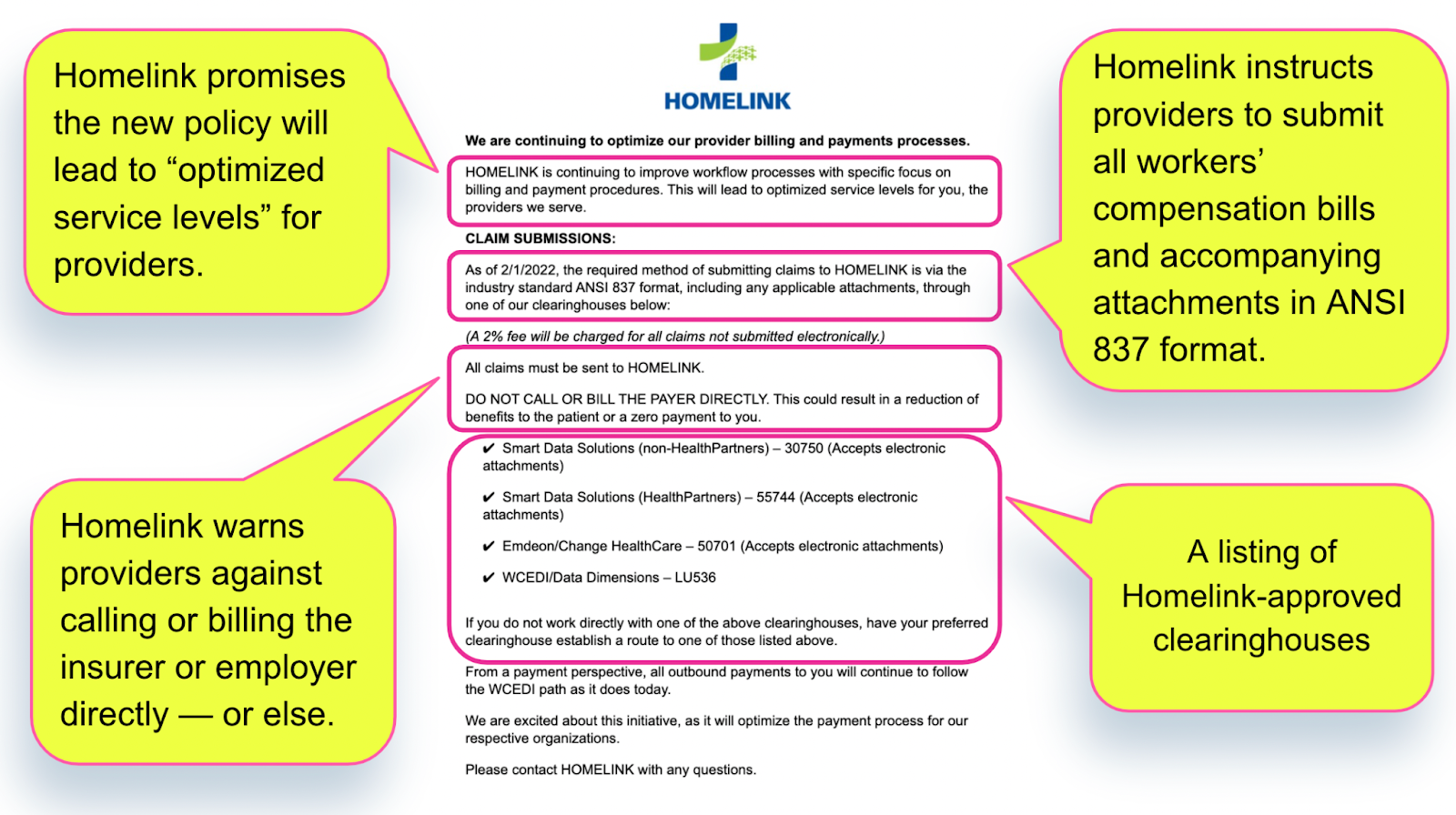 For step #2, if the doctor sends the bill to Homelink via mail, Homelink will penalize the doctor by further reducing the amount paid to the doctor by 2% — an amount that is already substantially below fee schedule reimbursement rates.

DO NOT CALL OR BILL THE PAYER DIRECTLY. This could result in a reduction of benefits to the patient or a zero payment to you.

Homelink asks that providers submit their e-bills through one of the approved clearinghouses below:

Putting the false argument of network “efficiencies” aside, electronic billing is pivotal to improving the world of workers’ compensation, and Homelink’s decision to discourage paper billing is a step in a good direction.

Meanwhile, regulators are empowered by electronic billing data to assess business practices regarding claims administrators’ processing and paying (or not paying) bills. While we don’t generally cheer for policies that charge providers extra, we commend Homelink for getting onboard with 21st century billing practices.

Skip the hassle of paper billing. daisyBill makes workers’ comp better, easier, faster. Get in touch to learn how our software and services can help your practice get paid, in full and on time.