Medical-Legal physicians in this state need your help. Payers like Liberty Mutual have found a way to skirt the Independent Bill Review (IBR) process, forcing Medical-Legal evaluators to turn to the Workers’ Compensation Appeals Board (WCAB) to resolve billing disputes.

Unfortunately for all QMEs and AMEs, the Division of Workers’ Compensation (DWC) abdicated its role in ensuring justice for California workers’ comp physicians. Contrary to IBR precedent, the DWC declared the dispute ineligible for IBR.

With its ineligibility ruling, the DWC allowed Liberty Mutual to retain the QME physician’s reimbursement. Now, the WCAB and an attorney must step in on behalf of the physician— the exact kind of billing battles that California legislators instructed the DWC to avoid with the implementation of IBR.

Below, we detail how this Kafkaesque tale of Med-Legal loopiness unfolded: 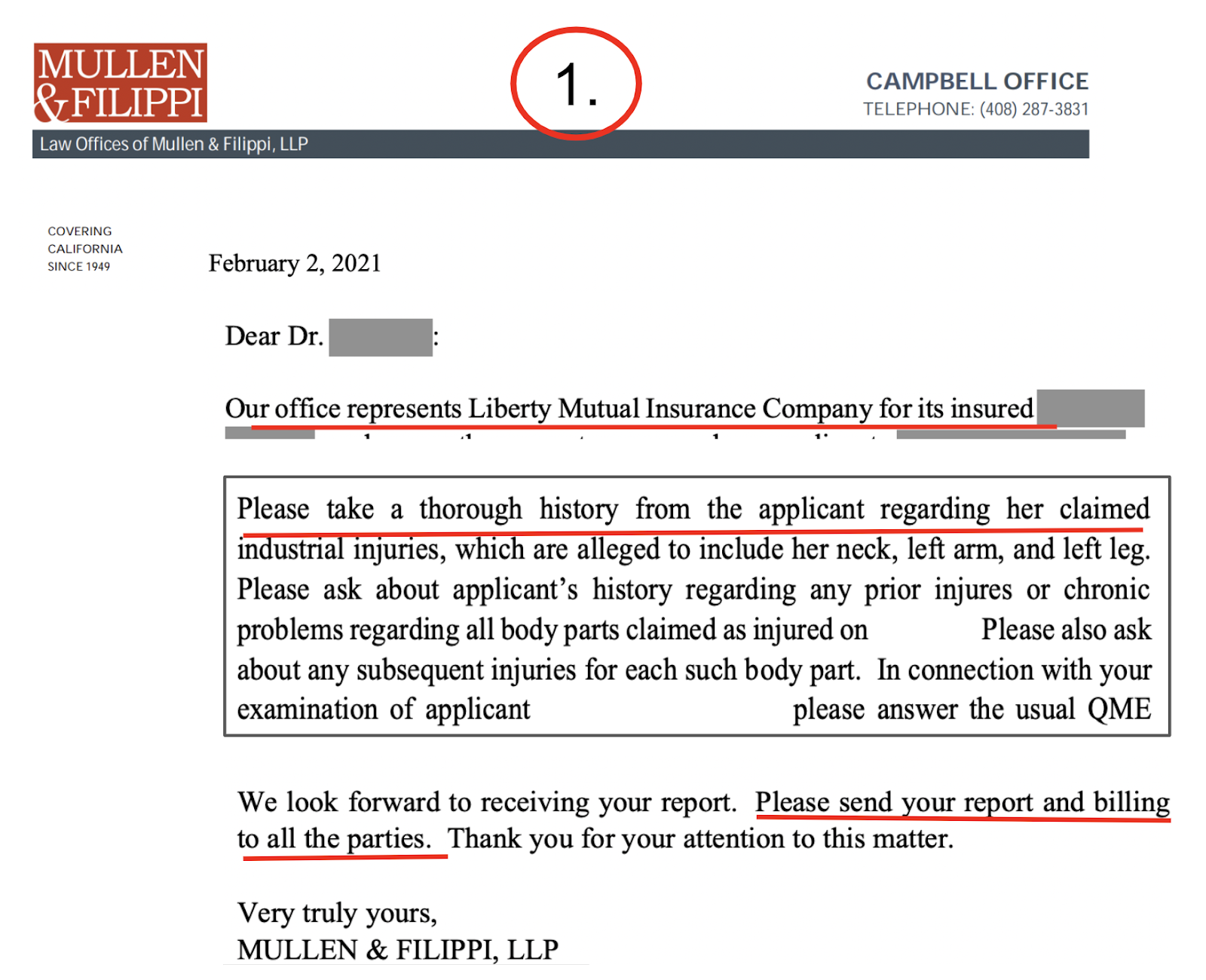 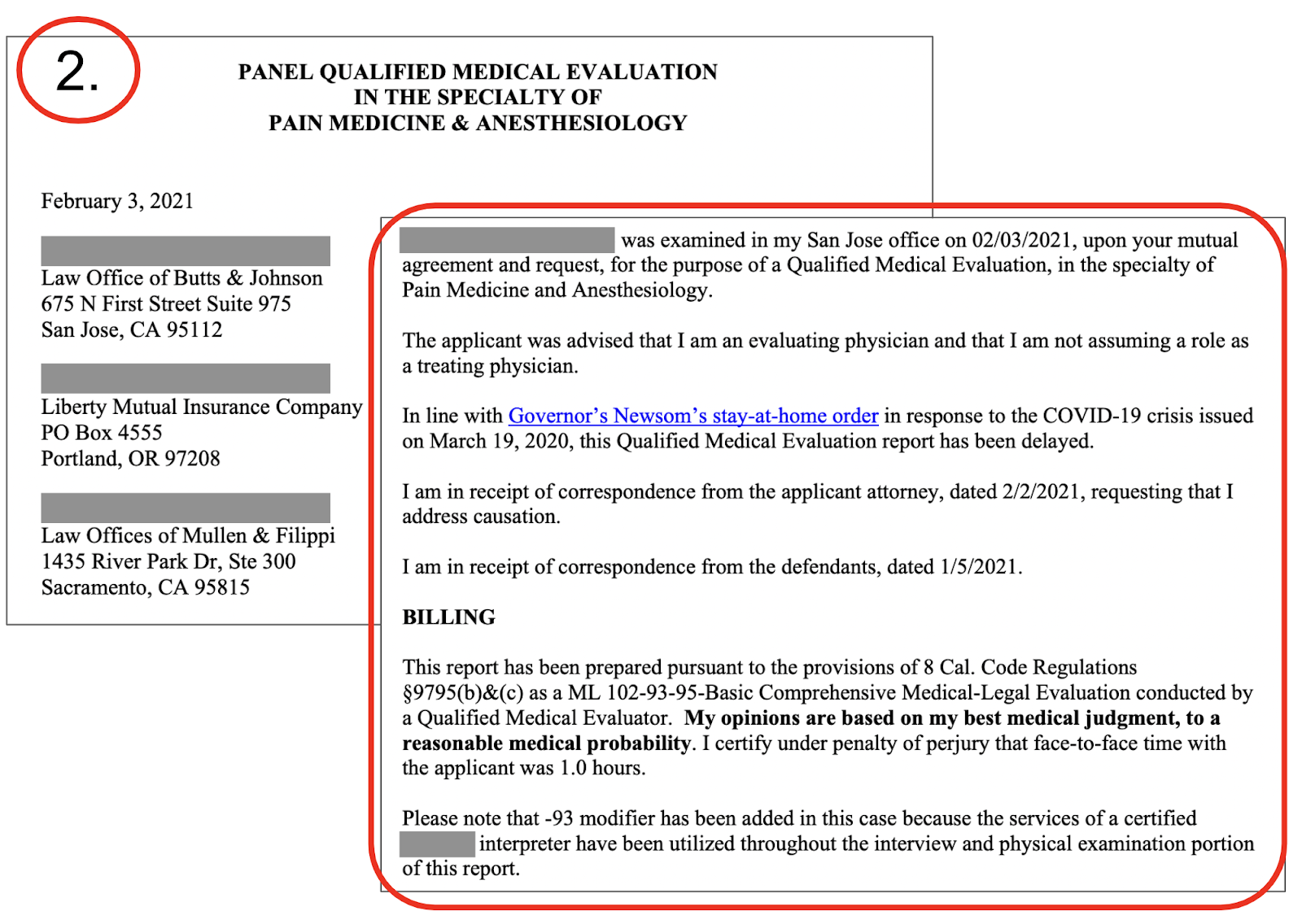 If that sounds ridiculous, it is. 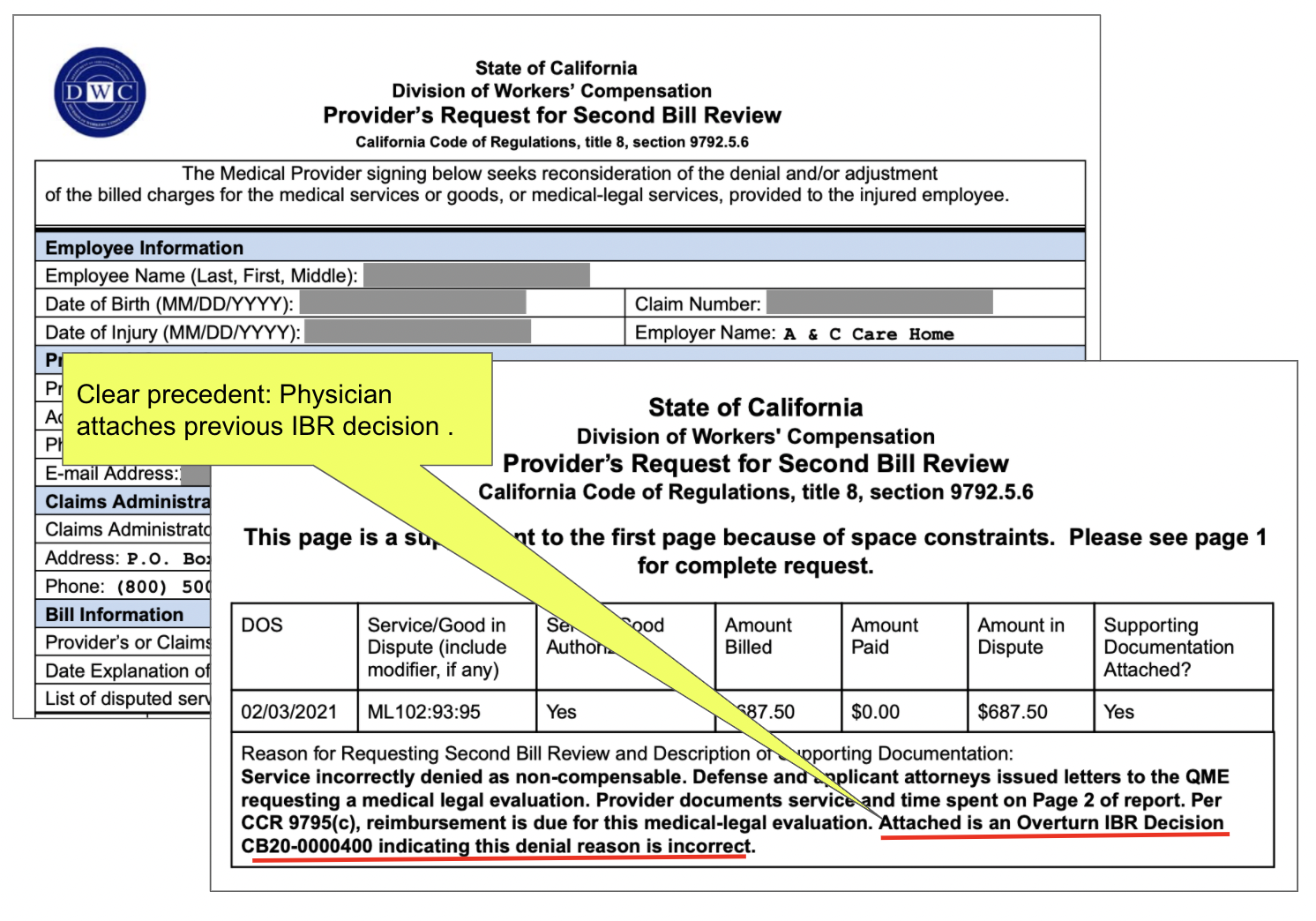 In the appeal, the physician cited and included a previous IBR case where Maximus ruled against the payer for using the same compensability denial reason.

Maximus, which conducts IBR on behalf of the DWC, has repeatedly resolved disputes exactly like this one in the physician’s favor. Below is the Maximus decision the QME included with the Second Review appeal, where Maximus orders payment for the QME when a payer denied a medical-legal reimbursement for non-compensability. 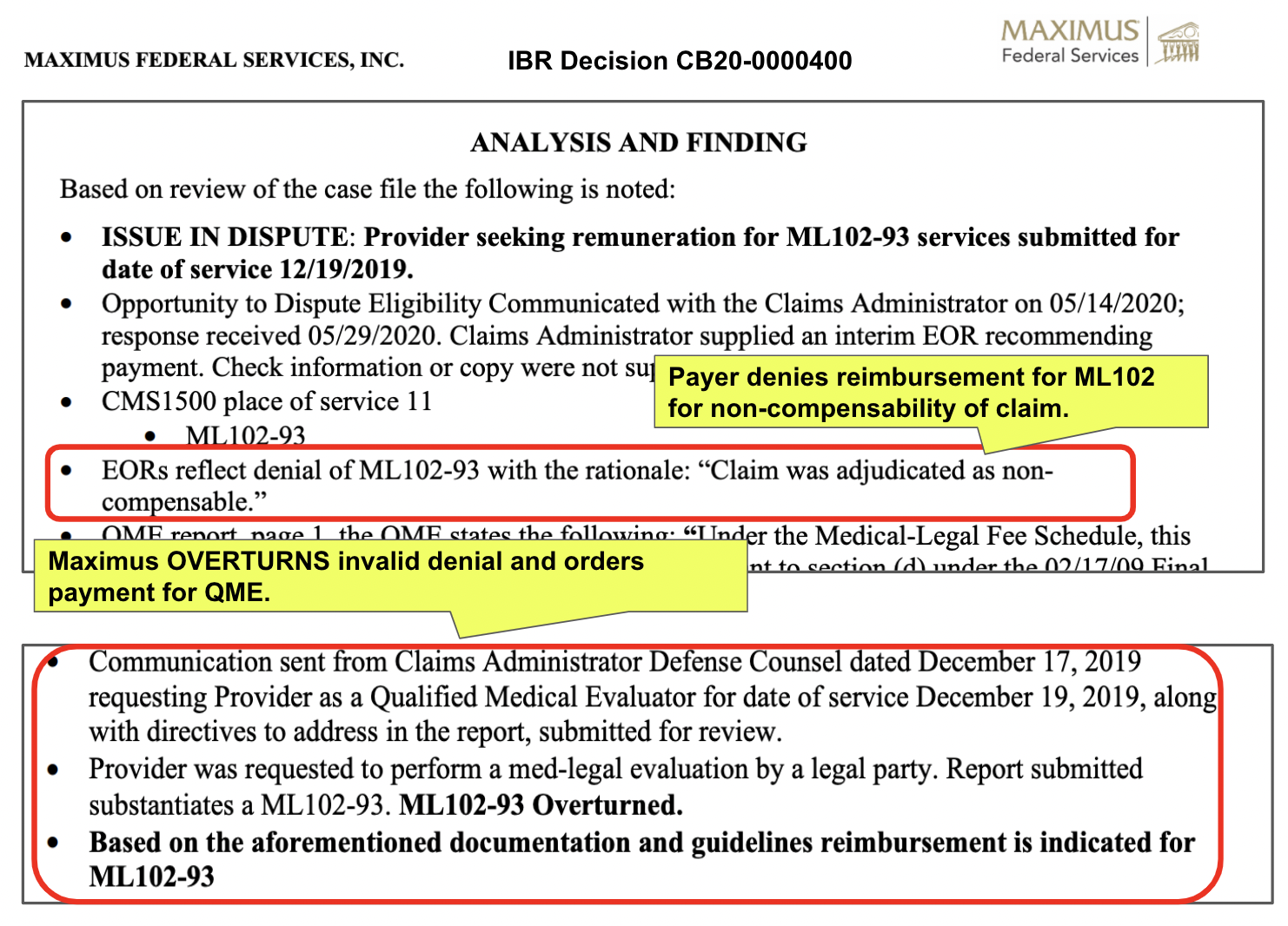 Liberty Mutual, apparently unimpressed with the Maximus precedent, denied the Second Review appeal and refused to reimburse the QME physician for the requested evaluation. 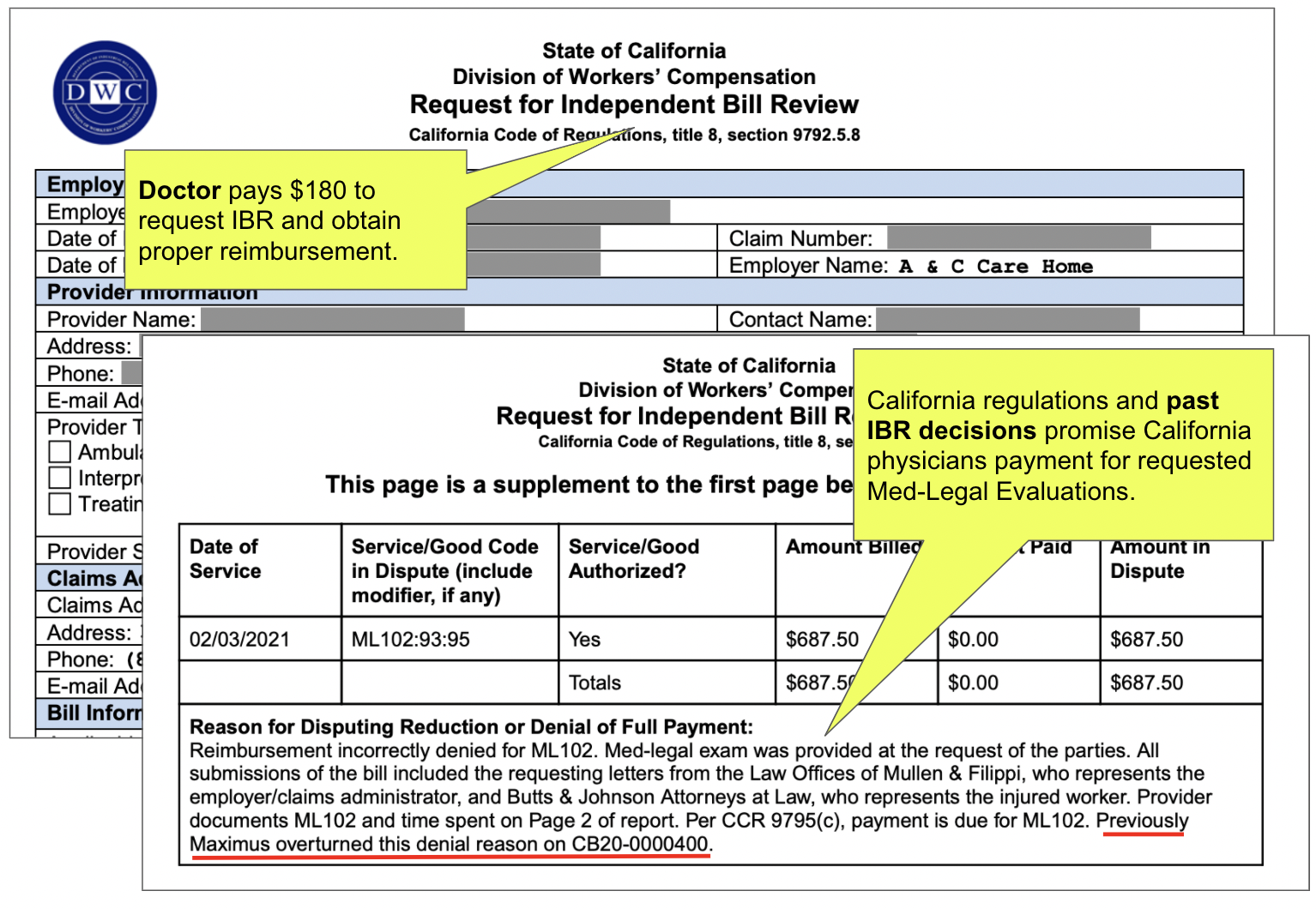 Violating its own clear precedent, the DWC ruled this dispute ineligible for IBR.

With the ineligibility ruling, the DWC is forcing this physician to hire an attorney to argue this simple billing case with the WCAB. Essentially, the DWC abandoned both IBR precedent and the QME physician, who performed the services requested by Liberty Mutual. 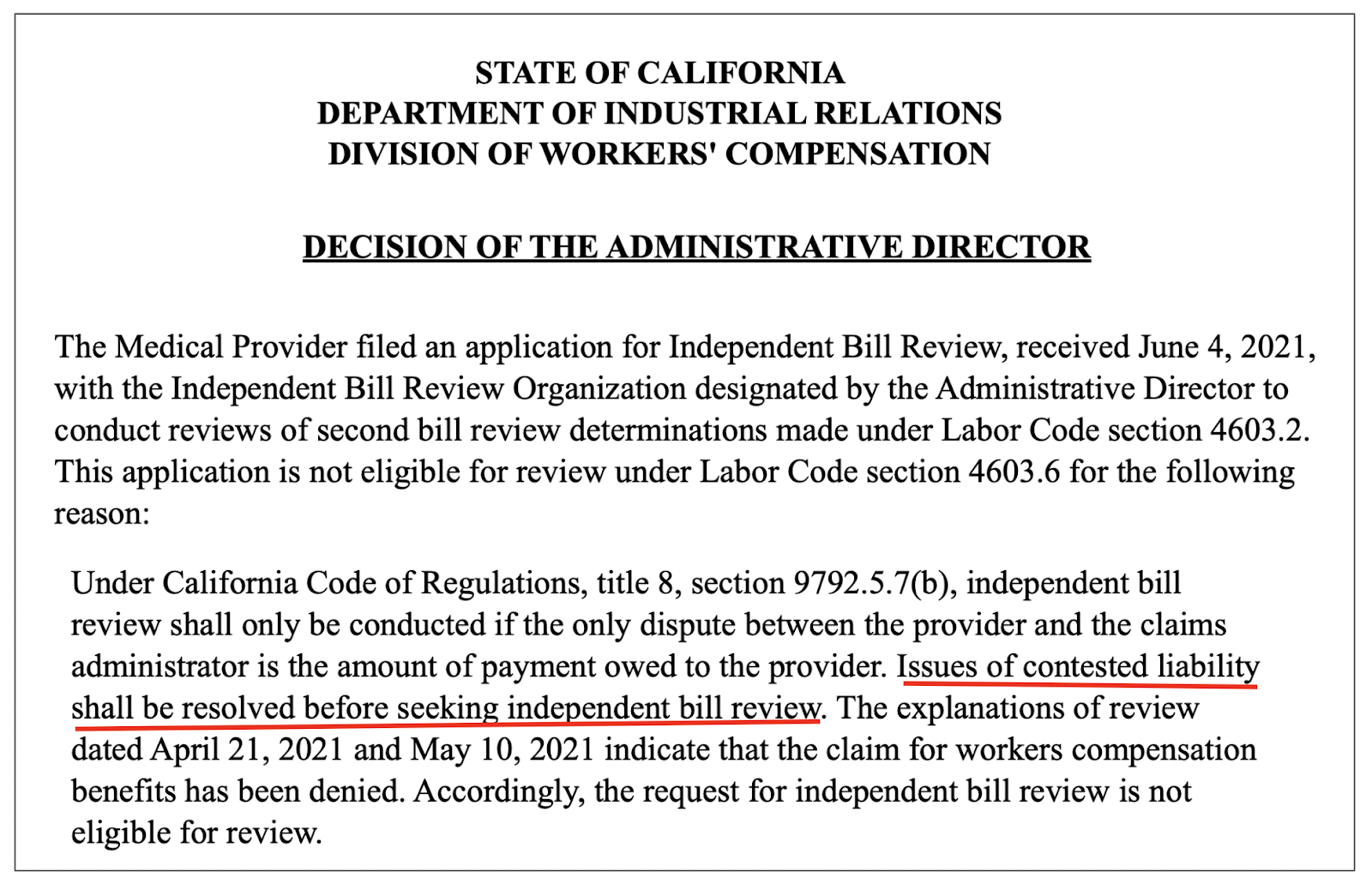 Is it Liberty Mutual’s confident end-run to avoid IBR, or how well the DWC allowed it to work? Or is it the position of Liberty Mutual’s attorneys, whose client stiffed the QME, after the QME performed exactly as requested by those same attorneys?

Regardless, the IBR system in California needs reform to ensure that payers can’t avoid accountability with cynical maneuvers.

Get paid in full and on time — without the hassle. DaisyBill makes authorization, billing, and appeals quicker, easier, better. Reach out to see how our software and services can help your practice.