Our tale of one doctor’s struggle with the Anthem Blue Cross Preferred Provider Organization (PPO) took a disturbing — if predictable — turn.

Despite a doctor’s requests, both The Zenith and Anthem failed to produce a contract, as requested by the doctor, that allows this duo to take 45% of due reimbursement. Further, the pair ignored California law, which bars continued reimbursement reductions when a contract is requested and not produced.

When doctors pushed back against questionable PPO discounts, the duo pushed back harder. Apparently, these two entities will do whatever it takes to claim a portion of the reimbursements owed to providers for treating injured workers.

As previously reported, the doctor had no recollection of signing a PPO agreement that allowed Zenith to apply this discount. More importantly, neither Zenith nor Anthem produced a copy of the contract when asked.

In addition to Zenith, Anthem pawned the discount off to ten other payers (listed at the end of this article), each of which also reduced this doctor’s reimbursement based on the phantom Anthem contract.

In an attempt to halt the revenue carnage —  the doctor formally requested an end to his alleged participation in the Anthem network, as shown in the email below. 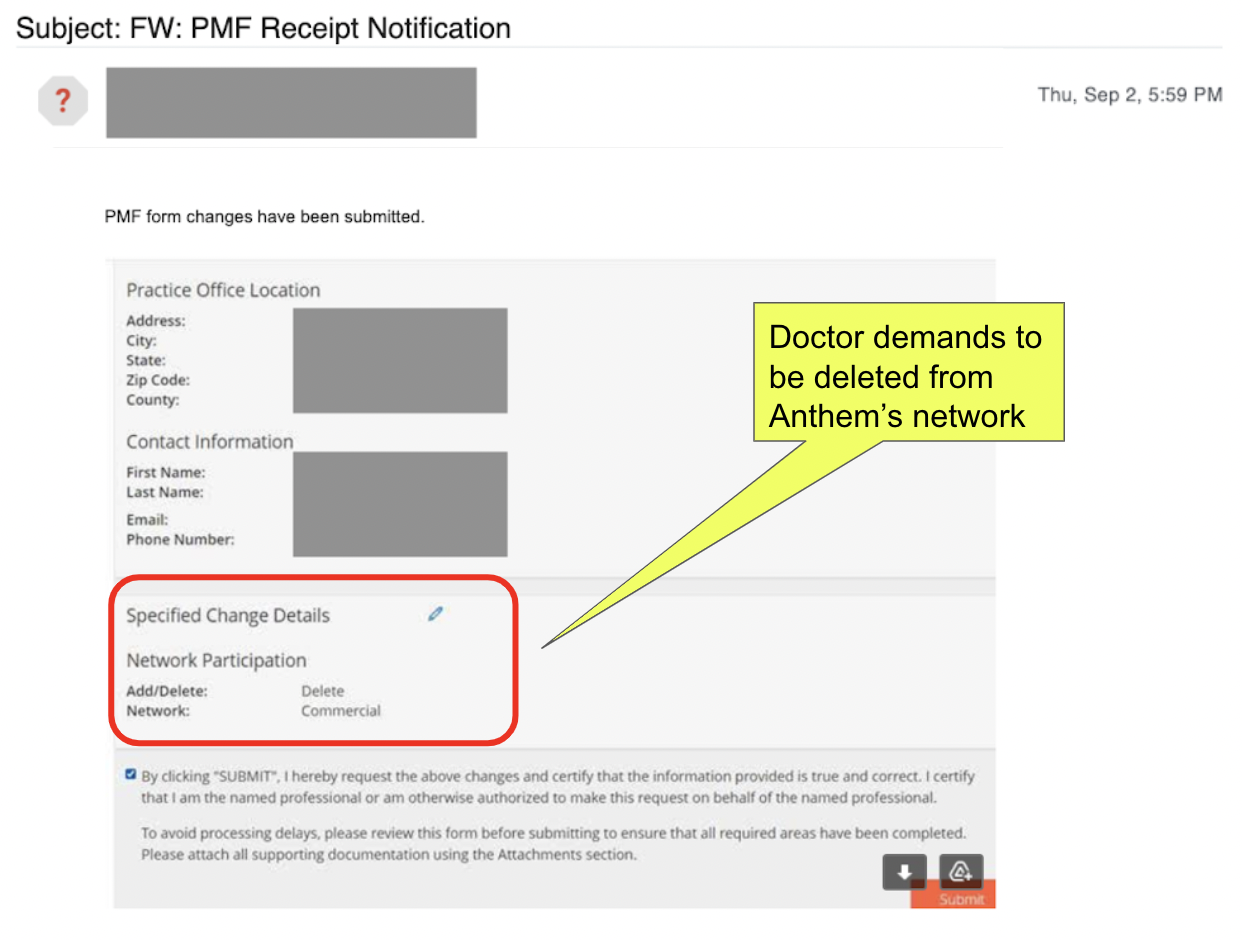 Six weeks later, the doctor received a letter from Zenith.

For refusing to allow Zenith and Anthem to use an unsubstantiated contract to take 45% of the doctor’s reimbursement, Zenith booted the doctor from its Medical Provider Network (MPN). As the letter states:

Your participation in ZMPN [Zenith Medical Provider Network] is predicated upon your contract with Anthem Workers’ Compensation LLC for MPN network participation…At this time, Zenith has determined that you will no longer participate in the ZMPN…

A doctor who treats California’s injured workers objects to an unconfirmed PPO agreement. Zenith, rather than paying 100% OMFS, kicks the doctor out of its MPN, with apparently little concern that the discount was based on a contract no one will produce.

Inquiring minds ask: WHY would a doctor treat an injured worker in the State of California? 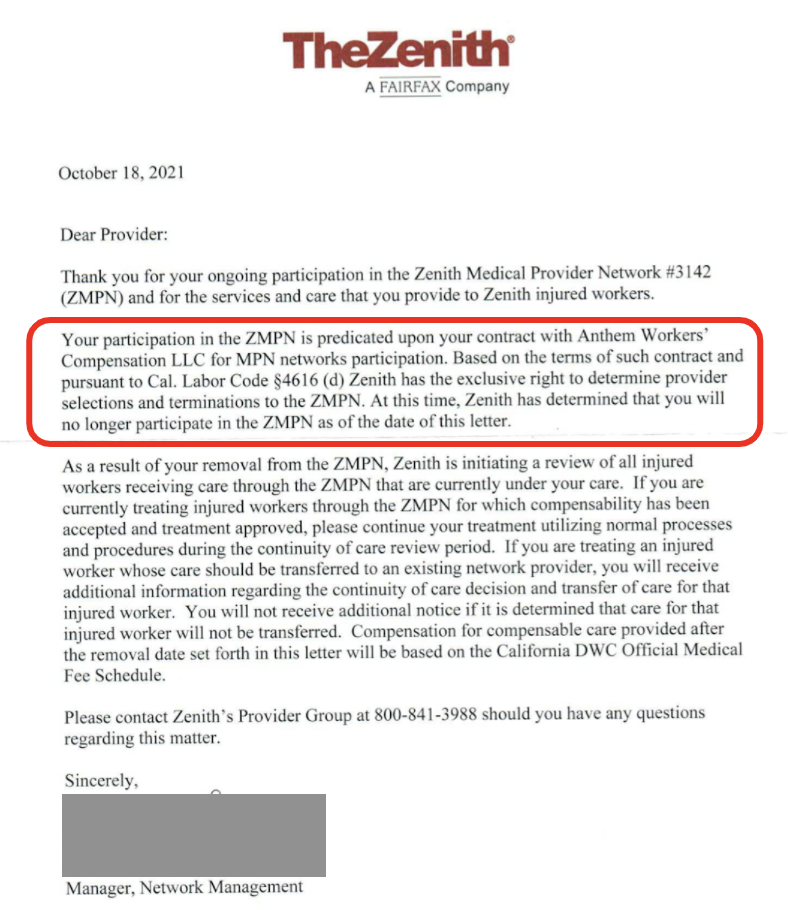 In the final post of this series, we’ll explore the DWC’s refusal to uphold this doctor’s rights. Stay tuned. (P.S. Liberty Mutual makes an appearance in Part III).

As we reported previously, Anthem shared the phantom contract with a slew of claims administrators, which reduced the doctor’s reimbursements to rates substantially lower than California OMFS, including:

California’s Division of Workers’ Compensation (DWC) has a duplicity problem. In the third chapter of our series on The Zenith and Anthem Blue Cross, we discover that ...

This is Part I of our three-part series on one California doctor’s struggle to protect practice revenue from an unsubstantiated Anthem PPO discount.Anthem Blue Cross e...