Since an update to California’s Official Medical Fee Schedule (OMFS) made non-face-to-face services reimbursable again in 2017, there’s been confusion aplenty about how to properly bill and pay for billing codes 99358 and 99359. Even now, providers and payors continue to struggle with the rules regarding these tricky time-based codes.

Recently, a DaisyBill client alerted us to one bill review service’s mistake regarding the relationship between the time the provider spends on non-face-to-face services and the number of units the provider may bill for code 99359. We’re happy to clear up the confusion.

Providers use Current Procedural Terminology (CPT) codes 99358 and 99359 to bill for prolonged services (like record review) that take place before or after physically seeing the injured worker. Before the March 2017 update to the OMFS, this kind of work was done on the provider’s own time and was not reimbursable.

Since the update, providers may obtain reimbursement for prolonged non-face-to-face services if those services qualify.

But calculating reimbursement for 99358 and 99359 is, to put it mildly, a doozy. In fact, it’s so troublesome we hosted an entire webinar devoted to billing for these two codes. It’s unfortunate — but not surprising — that some claims administrators and their bill reviews make mistakes.

For example, bill review service Medata, acting on behalf of Redwood Fire and Insurance Company, incorrectly adjusted charges for 99359. As the EOR below shows, Medata reduced reimbursement for 99359 on the grounds that “the units billed are not supported by the time documented.”

Medata’s error lies in a misapprehension of how much time the provider must spend performing the service in order to bill for a unit of service. After 105 minutes of service, the provider may bill for one unit of 99358, and 2 units of 99359.

To understand Medata’s mistake, it’s important to get a handle on how time spent on prolonged non-face-to-face services relates to the number of billable units.

For the first hour of service, providers must bill a single unit of code 99358. However, that “hour” is billable after 30 minutes of service. In other words, once the provider spends the majority of an hour performing the service, they may bill for the entire hour.

Confused? You’re not alone. Refer to this chart for a better understanding:

The American Medical Association (AMA) lays out these billing rules in their CPT 2018 guidebook, available for purchase here. Independent Bill Review (IBR) further affirms the billing thresholds described above, as shown in the IBR decision below: 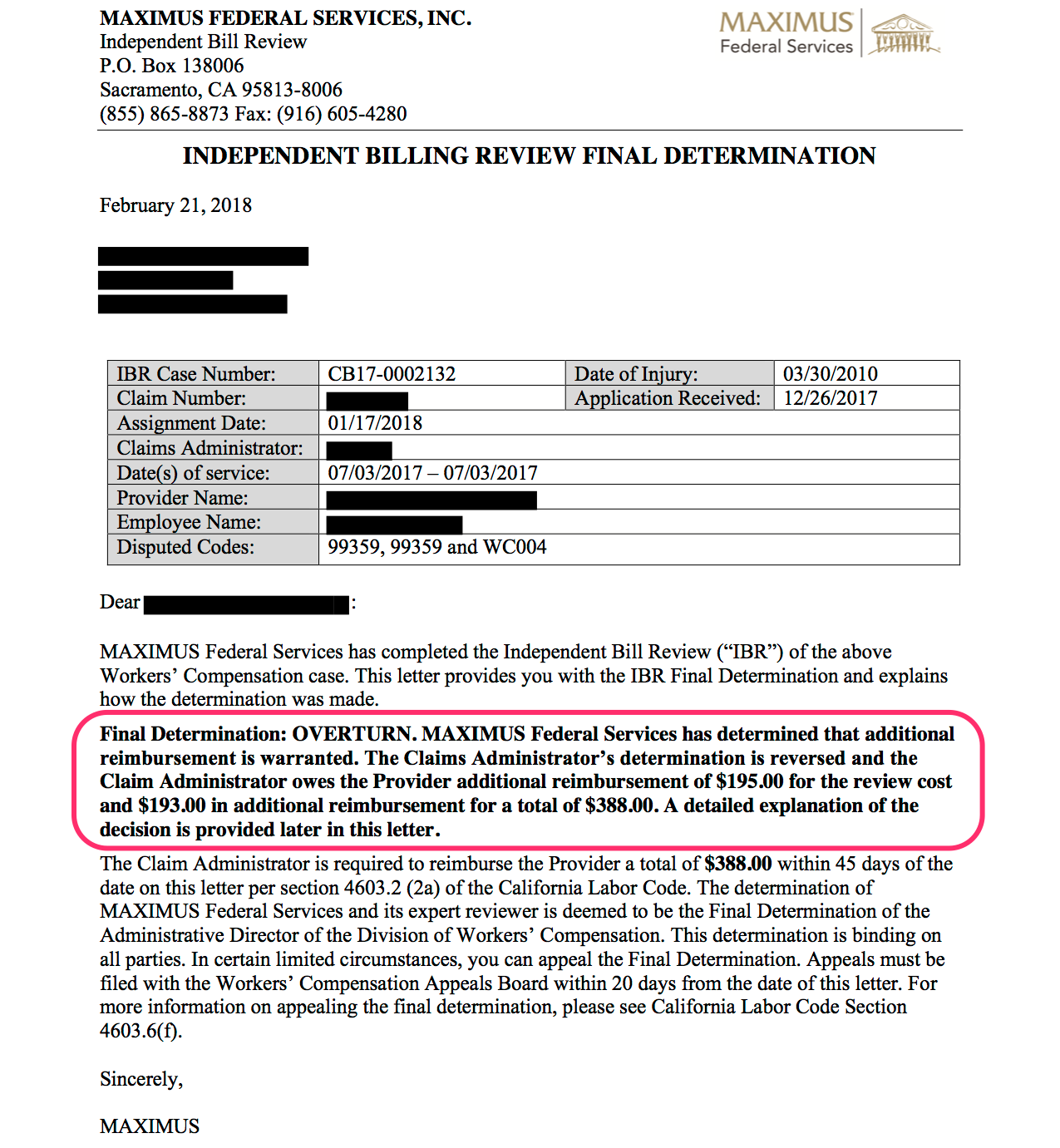 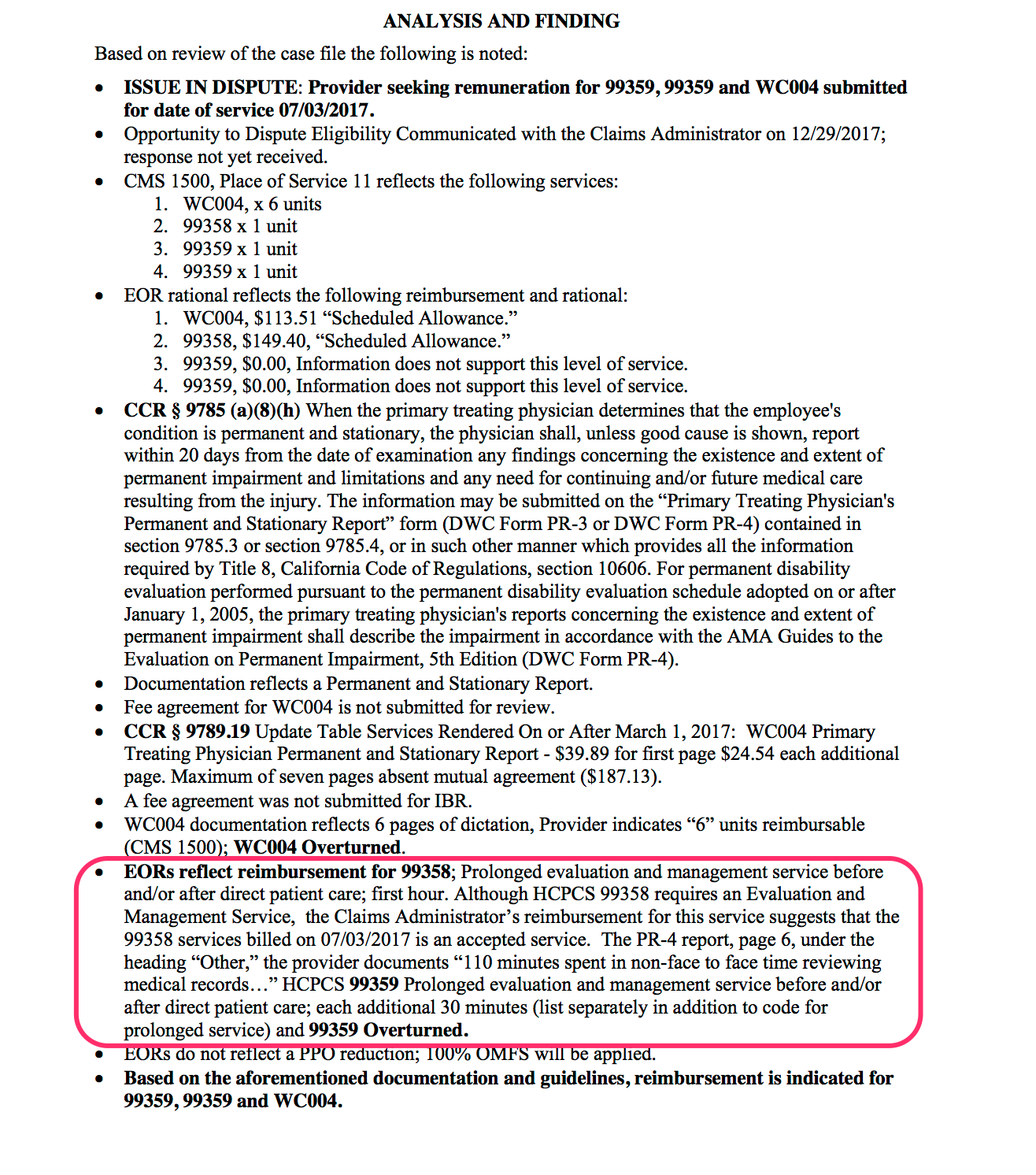 Workers’ comp billing never fails to test even the most experienced providers and claims administrators. Codes 99358 and 99359 are no exception. Know the rules, and proceed accordingly.