Broadspire's brazen defiance went even further: when a provider acquiesced and mailed a Second Review appeal, Broadspire denied the appeal as untimely. Below is the audit complaint filed with the California Division of Workers’ Compensation (DWC), explaining the failings of Broadspire to compliantly adhere to California laws, regulations, and rules.

Unfortunately for providers, an Audit Complaint is the single, free option available to providers to document the inequities of California workers’ comp. Fortunately for providers, the California DWC takes these Audit Complaints seriously; the DWC will pursue enforcement of laws, regulations, and rules when adequate proof is provided exposing claims administrator noncompliance.

A list of employers impacted by Broadspire’s noncompliance is also noted below.

According to Availity, its client Broadspire:

The California regulation is clear. Per CCR § 9792.5.5.(c)(2): For an electronic medical treatment bills [sic] for professional, institutional or dental services, the request for second review shall be submitted on the correct electronic standard format… (emphasis added)

In DaisyBill we make it super easy for providers to file Audit Complaints with the DWC. 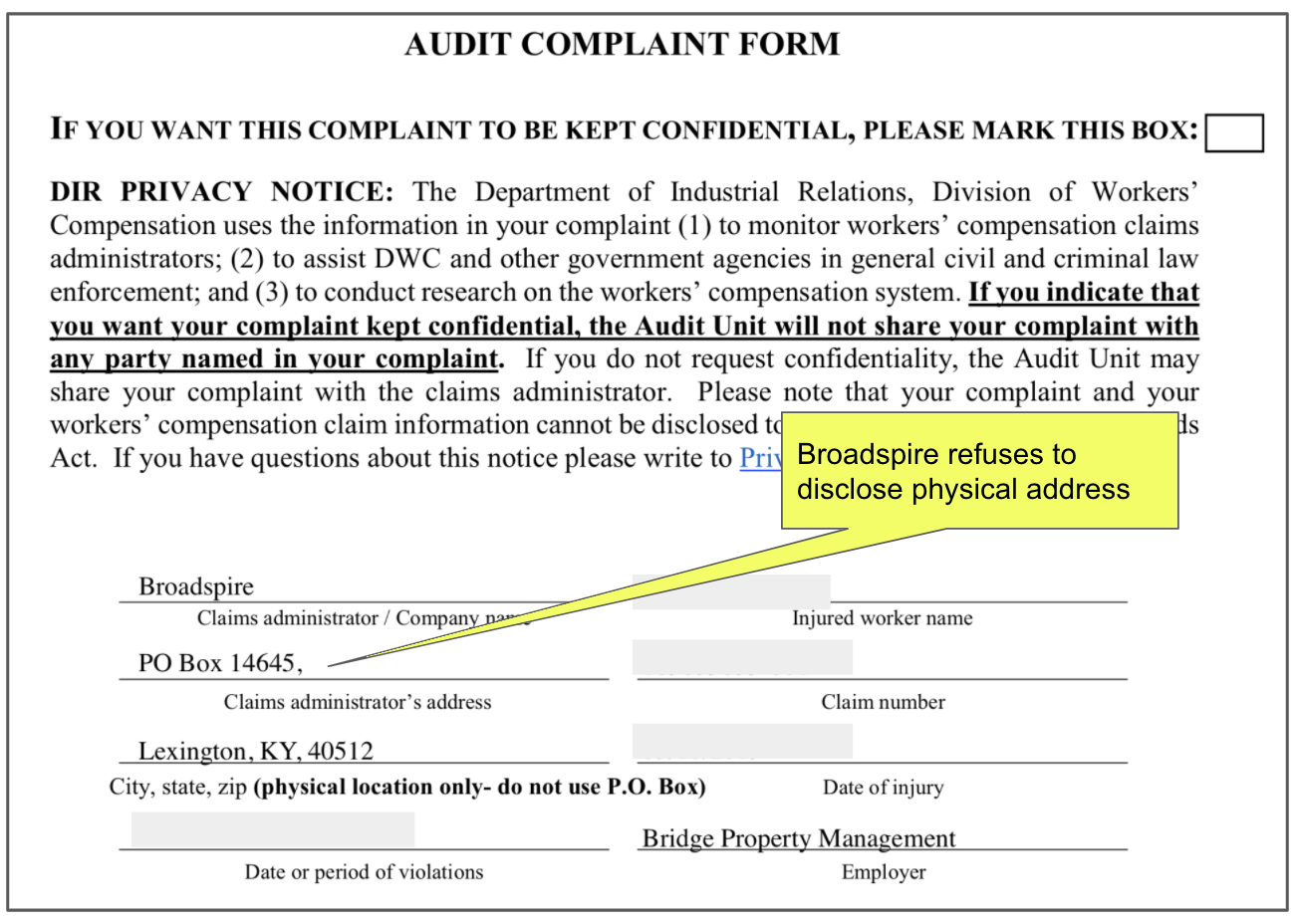 Below we demonstrate the effort required of this provider to attempt to collect the correct reimbursement as guaranteed by the California Official Medical Fee Schedule (OMFS). After refusing to accept Second Review appeals, unbelievably, Broadspire returns an electronic EOR responding to the mailed Second Review appeal. 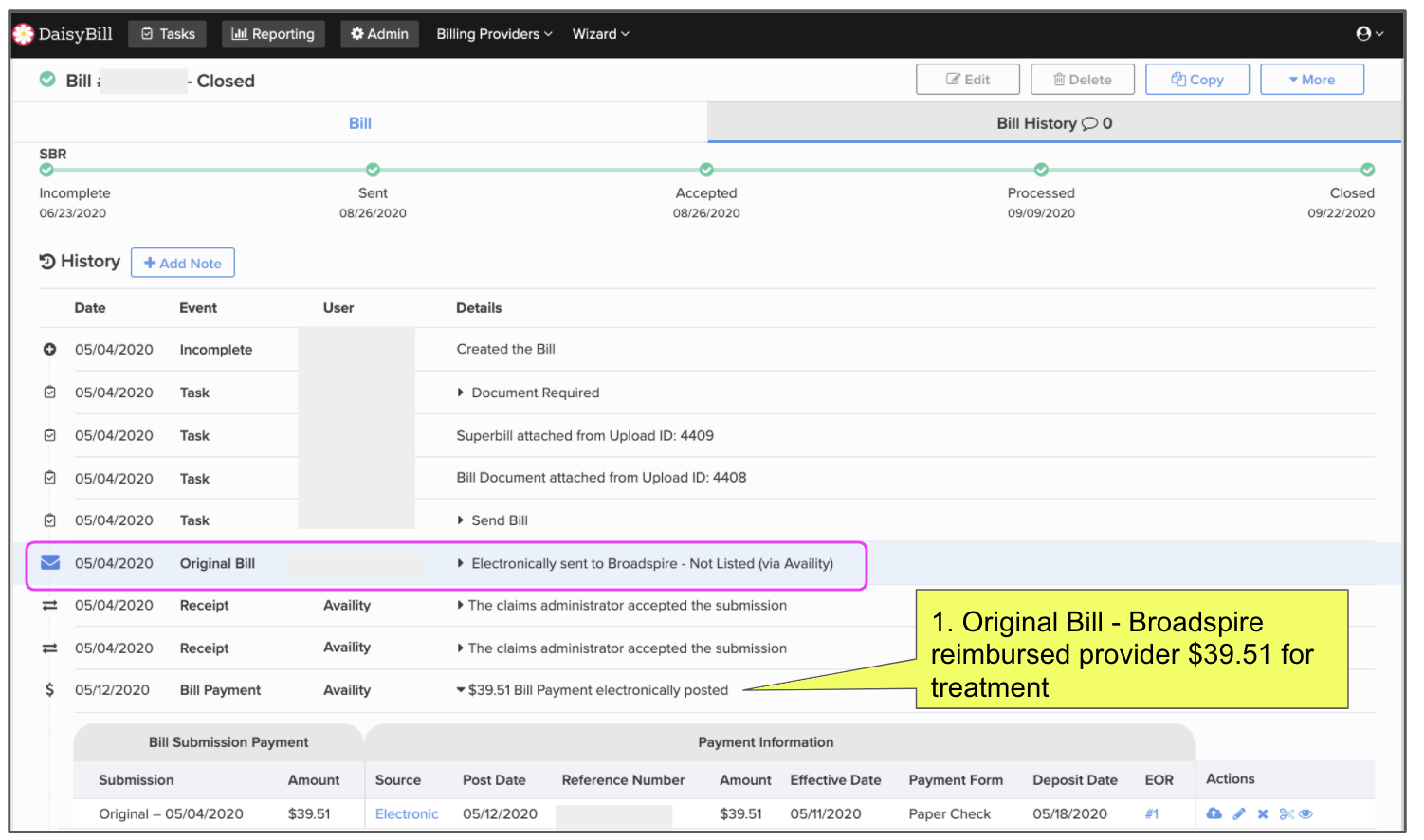 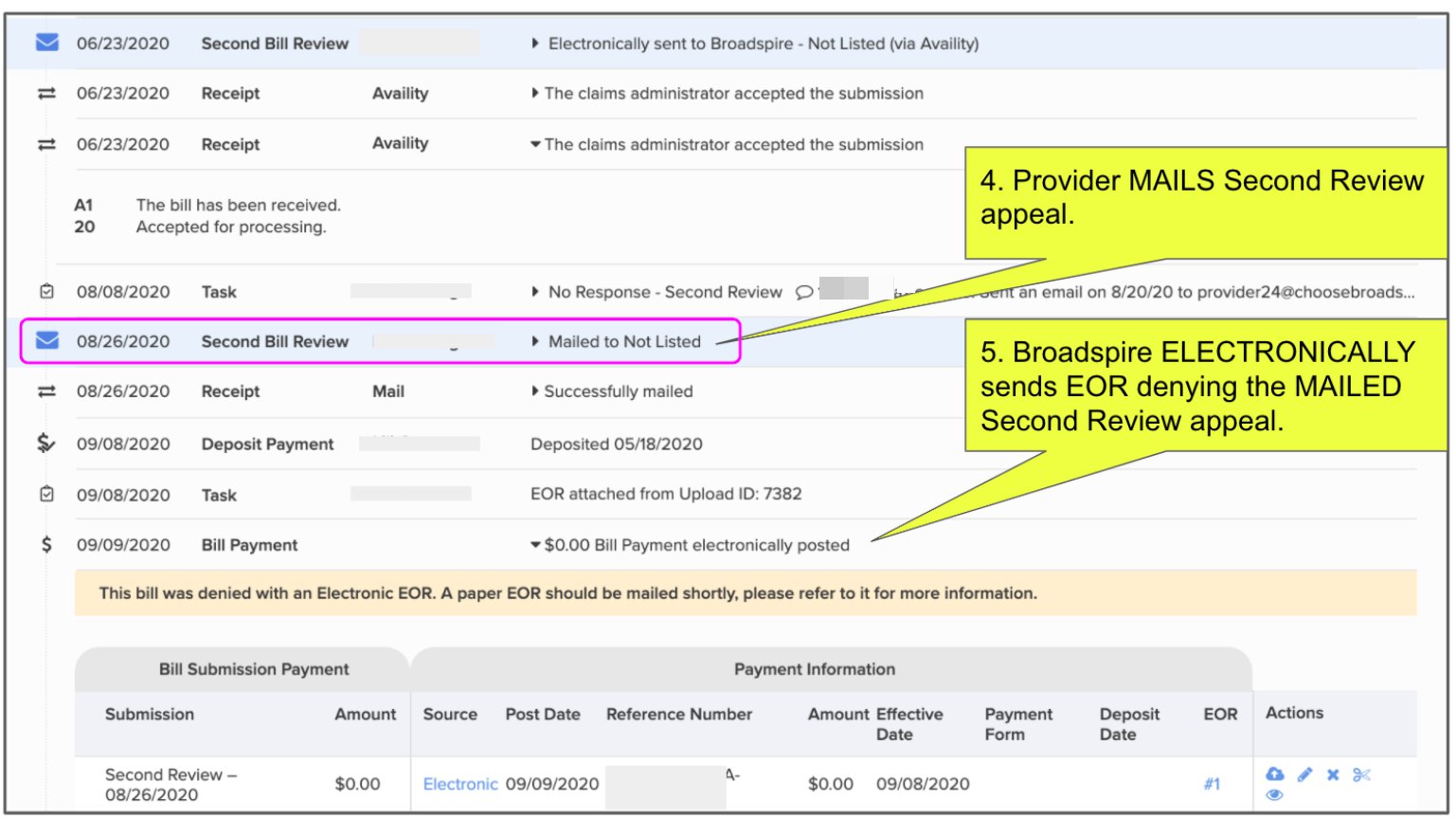 Our hope is that the employers who read these articles will choose to avoid those insurers and third-party administrators that flaunt California laws -- laws put in place to protect providers who treat the employer’s injured employees.

This Broadspire defiance is another sign of the erosion of fairness in the workers’ compensation system -- a system that should protect providers and claims administrators equally but seems to disproportionately and tacitly allow claims administrators to disregard all applicable rules without consequence.

Below is the list of employers where Broadspire refused to accept an electronically transmitted Second Review appeal.

* The California Division of Workers’ Compensation Medical Billing and Payment Guide requires that providers furnish the name of the employer of the injured worker when submitting a bill for services. Below are the employer names furnished by DaisyBill clients for the mailed Broadspire Second Review Appeals. Clients may use different versions of any given employer name.

By law, claims administrators must remit payment for Medical-Legal services within 60 days of receiving the physician’s bill. As of this writing, payment to one physician fro...

It happens every year: Reimbursement rates for workers’ compensation services in California change, and payers reimburse providers at the lesser, previous rates.It hap...