The City of Los Angeles is a public-sector self-insured employer. As such, billing for the treatment of its injured workers can be complicated. For injured worker claims, the City of LA uses either one of three different Third-Party Administrators (TPAs) or the city self-administers the claims itself.

If that sounds convoluted…it is.

But not to worry! Below, see our handy chart outlining which TPAs are responsible for which departments, as well as City of LA contact information for when the correct department is unknown, and more. 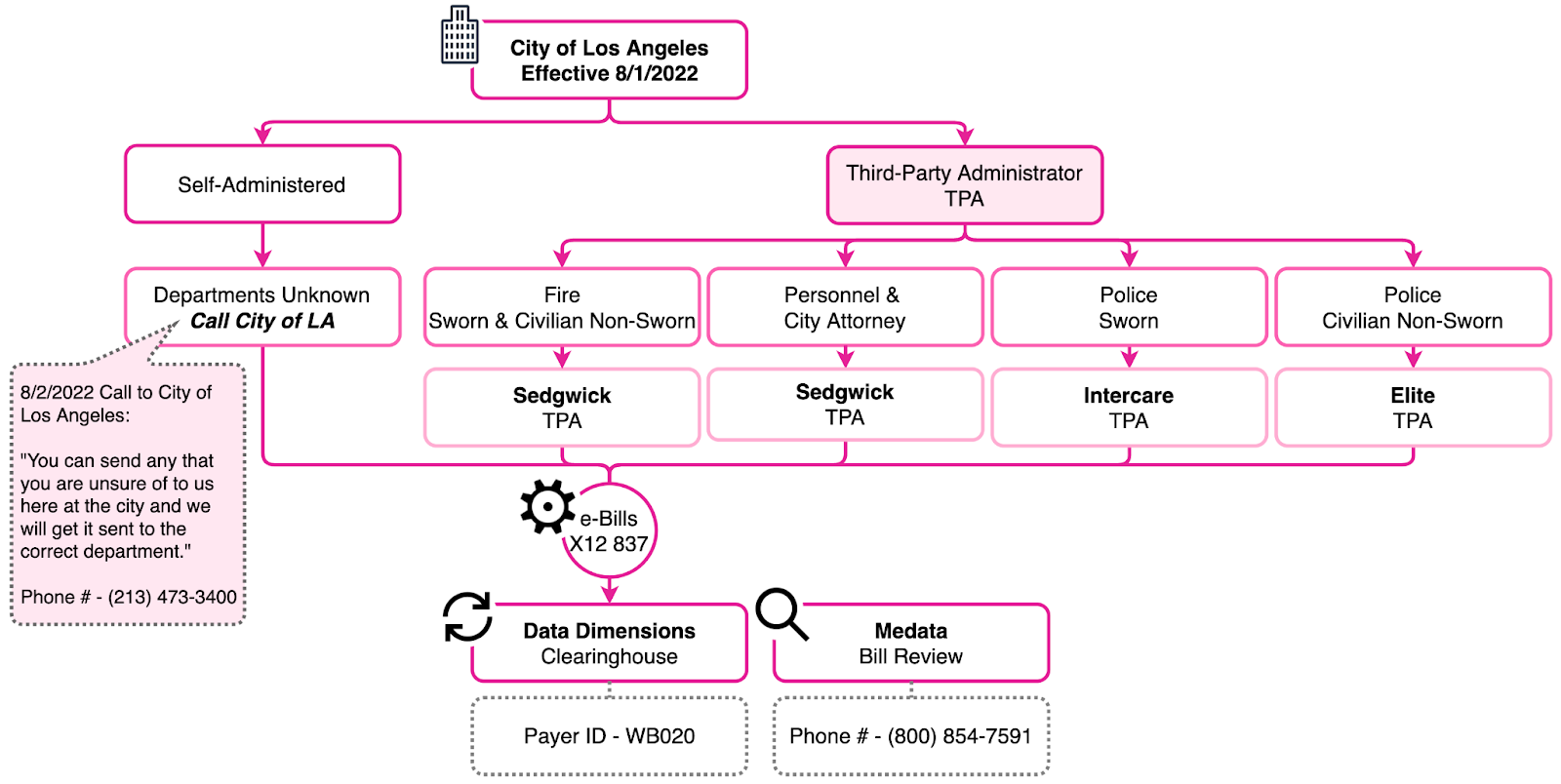 In California workers’ comp, employers can fulfill their legal obligation to cover the costs of work-related injuries by:

The City of LA both self-administers and utilizes TPAs, depending on the department in which the injured worker is employed. Claims for some city departments are administered by a TPA, while the city administers claims for other injured workers, as outlined in the chart above and in the table below:

For more information, though not always timely updated, consult the OSIP’s website, which includes lists (called “rosters”) and addresses of the various types of self-insured employers. The City of Los Angeles appears on the OSIP’s Public Self-Insured Roster (non-JPA Roster), which is labeled “OSIP Public stand alone roster” on this page of its website.

Presumably, the OSIP will update its information to reflect that Acclamation Insurance Management Services, Pomona and Tristar Risk Management, Alhambra are no longer active TPAs for the City of LA.

OSIP uses all of these terms for entities such as the City of LA:

Jul 20, 2022 3 min read
CA TPA Resolves e-EOR Data Errors
When it comes to California workers’ comp payment requirements, there is no such thing as half-compliance.Recently daisyBill reached out to a major Third-Party Adminis...