Medical Provider Networks (MPNs) are under fire — as they should be.

Both practices are cynical attempts to take advantage of how impenetrable the MPN system can be for providers. These manipulative tactics don’t even rise to the level of loopholes — they are simply ploys to cloak incorrectly paid reimbursements or improperly denied services.

Some claims administrators use the provider’s inclusion in an MPN to justify reducing or denying provider reimbursements below the amount allowed by the Official Medical Fee Schedule (OMFS).

For example, Travelers Insurance inexplicably denied payment for authorized services, returning a nonsensical Explanation of Review (EOR) that offered no explanation at all. When DaisyBill reached out to Travelers, a supervisor there pointed to the EOR’s summary message: “NTWK PRICING REDUCTIONS DUE TO MPN.” 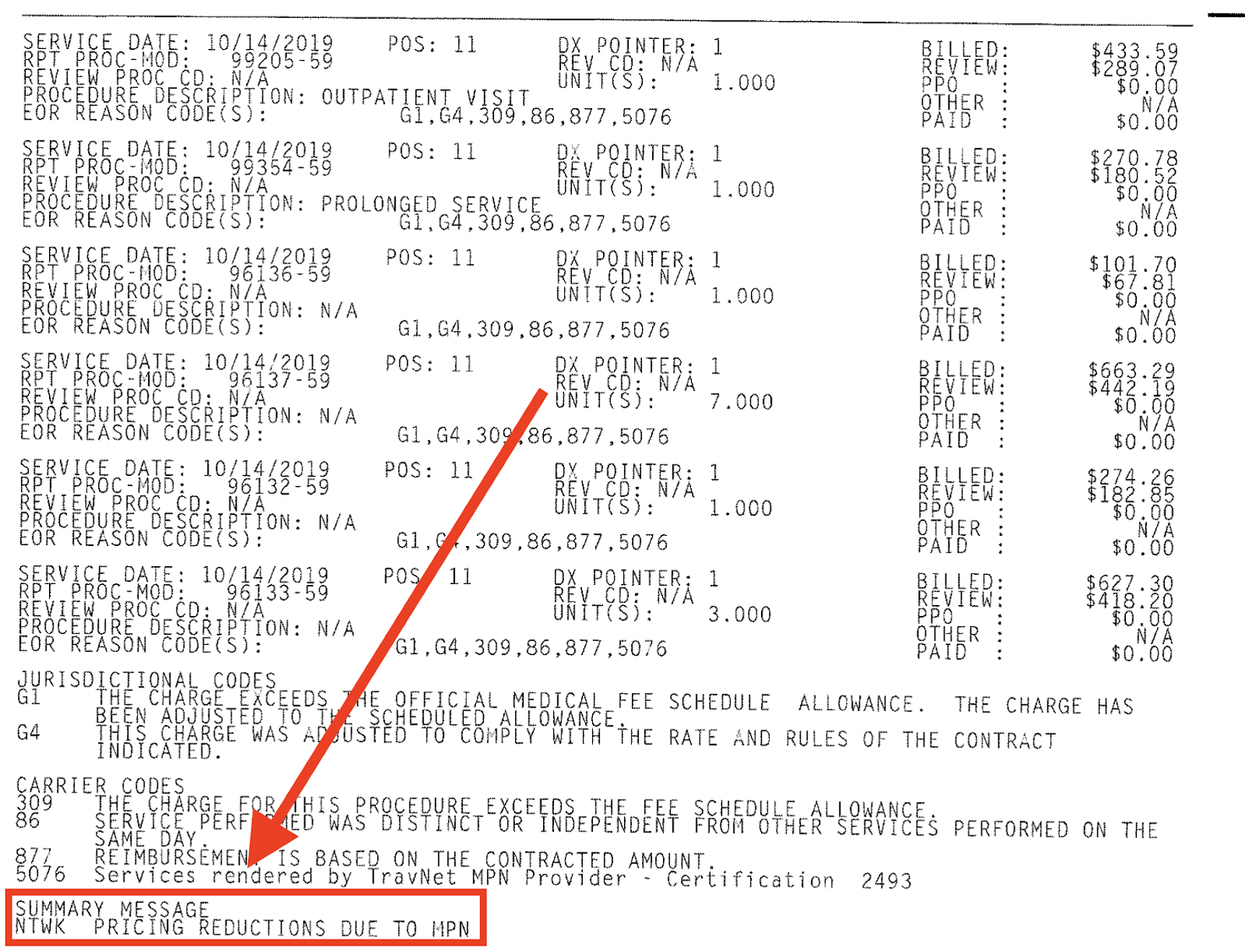 MPN inclusion should not entitle the payer to any sort of reimbursement discount.

Because of their entanglement with various reimbursement discount schemes, MPNs in their current form are as dangerous to practice revenue as PPOs.

To be absolutely clear: The provider’s inclusion, or lack thereof, in an MPN has no legal bearing whatsoever on reimbursement for authorized treatment. This is an unambiguous fact of California workers’ comp. Labor Code Section 4610.3 states:

On their website, the DWC hammers this point home:

...authorization shall not be rescinded or modified for any reason after the medical treatment has been provided based on the authorization, even if the employer later determines the physician was not eligible to treat (e.g. was not an MPN provider) [emphasis added]...

And yet, on many occasions we’ve seen claims administrators deny reimbursement for authorized services on the basis of MPN non-inclusion. Insurance company Employers Holdings even went as far as offering “conditional” authorization, claiming the right to rescind authorization if the provider is not a member of the MPN — in bald-faced contravention of the rules.

Far removed from anything to do with ensuring quality care or even controlling employer costs, MPNs have devolved into just another way to hustle providers out of full reimbursement.

How much revenue is your practice losing to network discounts? DaisyBill gives you a clear picture of your reimbursements, and whether they’re aligned with OMFS rates. Reach out to learn more.

By law, claims administrators must remit payment for Medical-Legal services within 60 days of receiving the physician’s bill. As of this writing, payment to one physician fro...