Gallagher Bassett acts as though there are no consequences for claims administrators in California that choose to ignore these California laws, regulations, and rules.

They’re absolutely correct in this assessment. In pure business terms, Gallagher Bassett is behaving rationally. A claims administrator suffers no consequences when it chooses to circumvent workers’ compensation law and deprive a provider of reimbursement mandated by the OMFS. Instead, as Gallagher Bassett’s revenues increase, the consequences are borne by the unpaid providers, the cheated employers, and untreated injured workers.

For a provider to receive correct reimbursement, Second Review appeals are just one of an escalating series of administrative hurdles that California law forces upon providers. It’s therefore particularly galling that after meeting all the criteria for a compliant Second Review appeal, a claims administrator ignores the appeal by incorrectly denying the appeal as a duplicate bill.

By denying the Second Review appeal, we get to Act 3 of this billing farce, where Gallagher Bassett forces the provider to pay $180 to submit an Independent Bill Review (IBR) within thirty days of receipt of the denial. For the provider, pursuing the dispute to the next level is time-consuming, costly up-front, and often incredibly frustrating, even when the provider wins the dispute.

Rather than properly reimbursing the provider, Gallagher Bassett sits back and simply waits for California laws to grind the provider into surrendering to this payment abuse. While not exactly Jobian, the scenes play out at least as a tragicomedy of seemingly fated failure, abuse of power, and a provider protagonist striving against the odds.

But the villain of this piece doesn’t have to win.

DaisyBill technology guarantees that DaisyBill clients always submit compliant and complete bills and appeals. When electronic billing with DaisyBill, clients can also prove the claims administrator received these bills and appeals. Electronic billing eliminates the other well-known drama of “bill-not-on-file'' because the claims administrator returns a receipt to the provider acknowledging receipt of the bill. 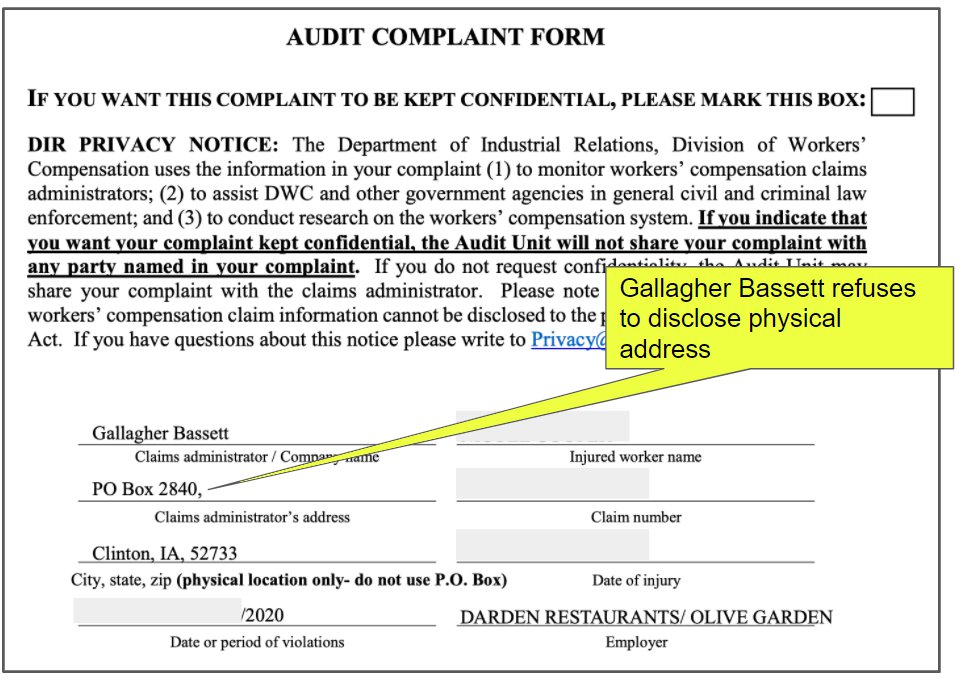 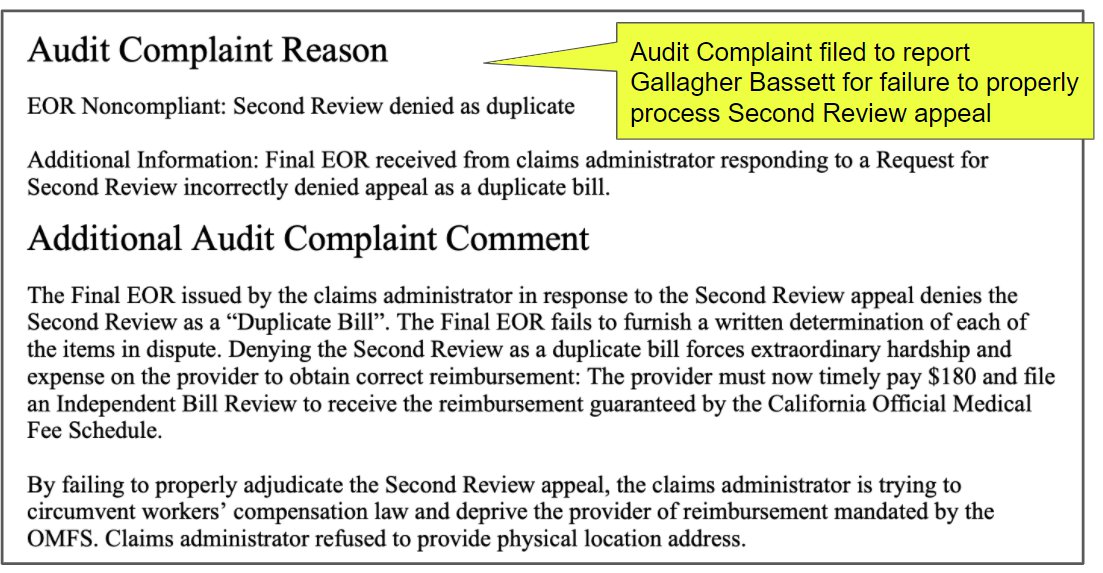 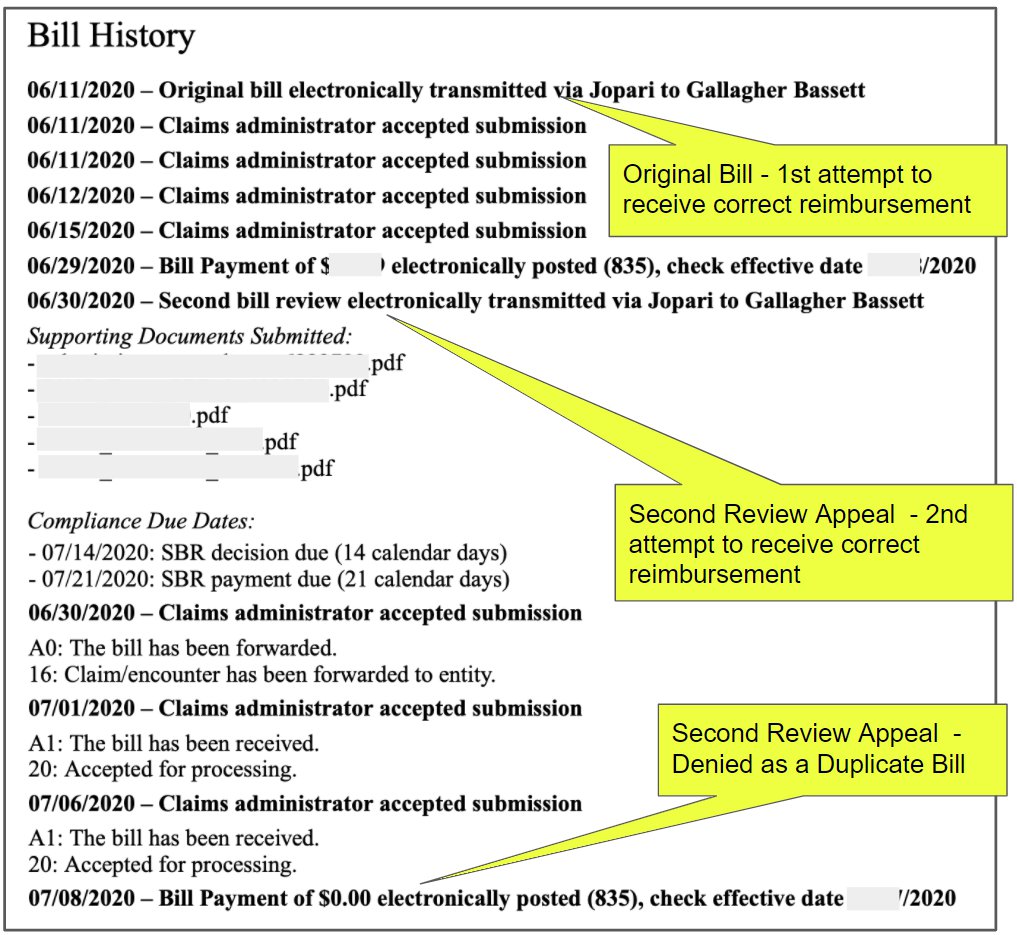