AmTrust recently denied payment for a doctor’s bill, despite having approved payment for 114 of the same doctor’s previous bills, for the exact same injury. The denial reason? The doctor was not in the applicable MPN — despite the fact that the employer’s workers comp insurer does not maintain an MPN.

Most importantly, AmTrust’s false MPN-based payment denial is another example of the abuse California workers’ comp providers face. AmTrust provides yet more evidence of why so many providers decide that treating injured workers is simply not worth the hassle.

After treating the same employee for the same injury 114 times, the provider submitted the bill shown below to AmTrust, the TPA that adjudicates the bill on behalf of Security National Insurance Company (SNIC), which provides the workers’ comp insurance coverage for the employer, Butterfly Effect Hotels, LLC.

The bill from daisyBill (below) shows the employer, as well as the count of bills previously paid for this injury. 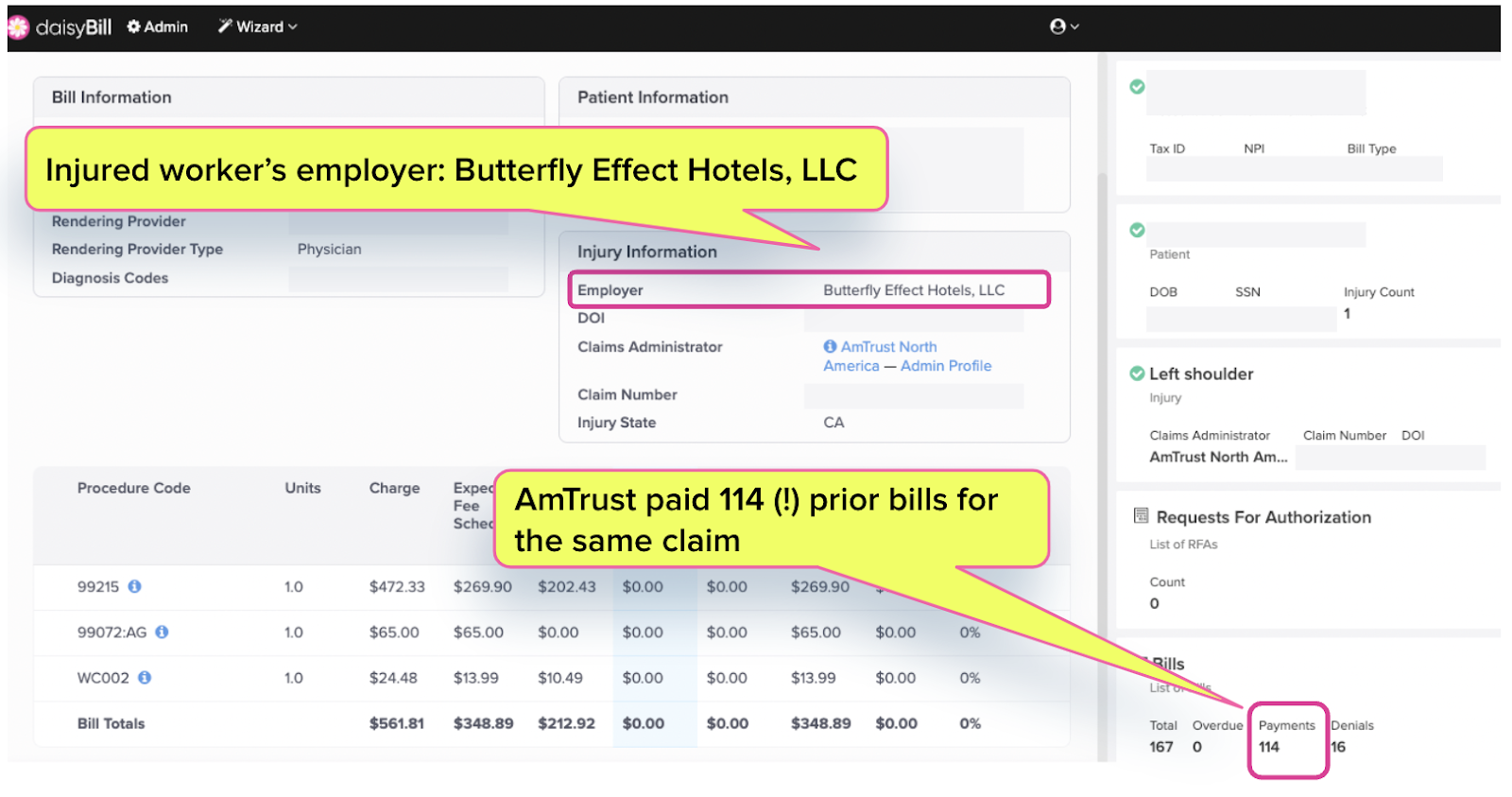 As the EOR (below) shows, AmTrust denied payment of the above bill, stating that the provider was not in the insurer’s MPN. 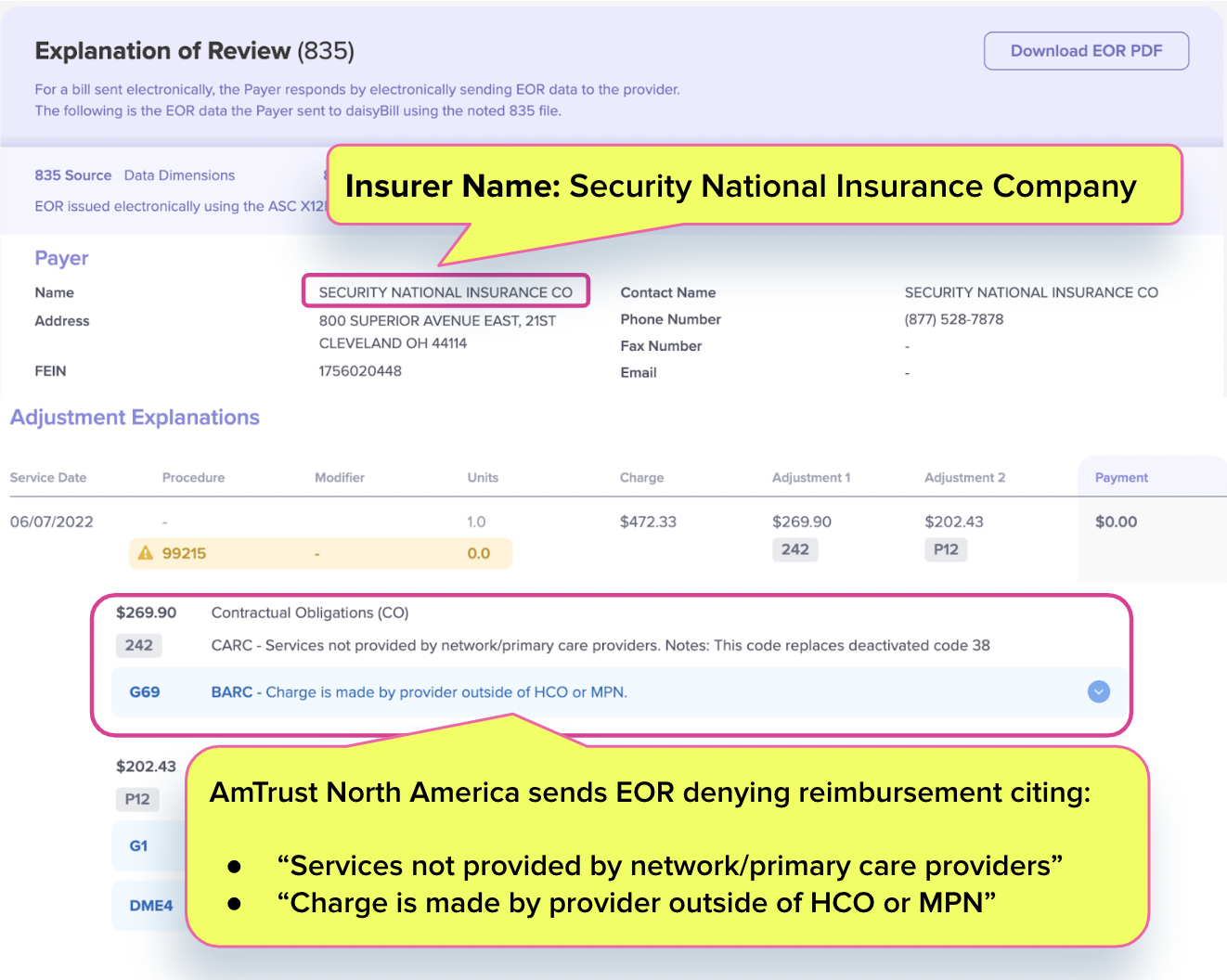 To be absolutely clear:

California Labor Code Section 4616 mandates “an employer or insurer shall have the exclusive right to determine the members of their network.” [emphasis added] As such, insurers or self-insured employers (i.e. the companies actually paying for the treatment) may serve as “applicants,” which maintain MPNs under the auspices of the Division of Workers’ Compensation (DWC).

However, in this case, the insurer paying for the treatment, SNIC, has no approved MPN. In fact 100% of the SNIC MPNs listed on the DWC’s MPN list are currently terminated or withdrawn, as shown in the screenshot below. 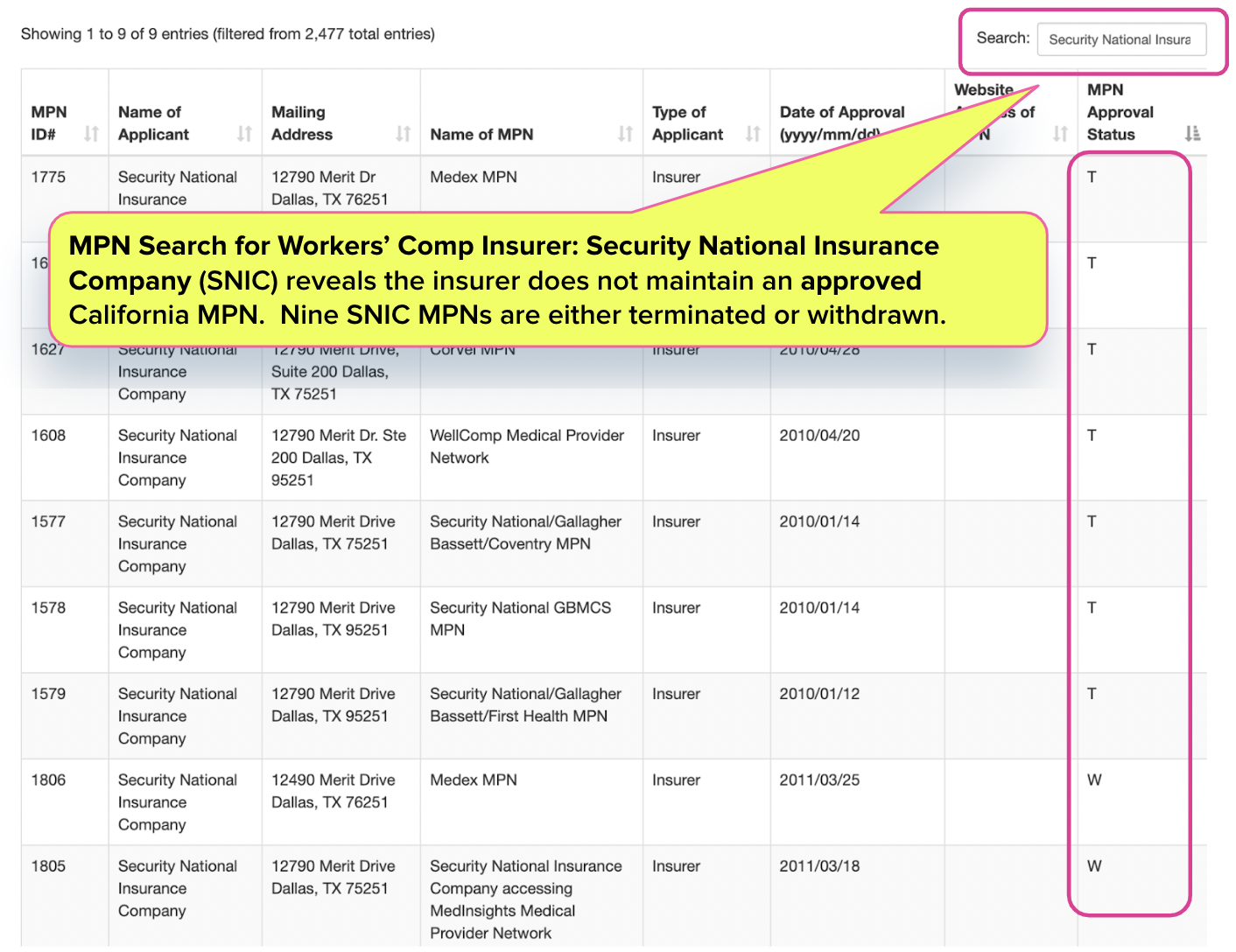 Regardless of the above, AmTrust denied payment for MPN non-participation. The provider may submit a Second Review appeal, but the issue would almost certainly be deemed ineligible for Independent Bill Review (IBR), as it is not a fee schedule dispute. To obtain reimbursement, this provider may have a grueling fight ahead.

How can providers be expected to navigate this complex MPN system for every bill? Sadly, many providers have settled on a necessary, if unfortunate answer: to stop treating injured workers altogether.