In yet another instance of a claims administrator improperly denying payment because the provider was (allegedly) not a member of the applicable Medical Provider Network (MPN), Gallagher Bassett listed the wrong MPN on its invalid payment denial.

In this case, Travelers Property Casualty Company of America, as the workers’ comp insurer, has the exclusive right to establish an MPN that determines which providers are eligible to treat this injured worker. As such, Travelers maintains a single approved and active MPN: CorVel/Express MPN.

Yet, Gallagher Bassett denied payment, stating that the provider was not included in the Gallagher Bassett Platinum MPN, an MPN that has never been affiliated with Travelers. Read (and grimace) as more MPN payment abuse rains down on providers who agree to treat injured workers.

After treating an injured employee of Molina Healthcare, insured by Travelers, Gallagher Bassett sent the provider the Explanation of Review (EOR) denying payment, citing that the provider was not in the Traveler’s MPN. 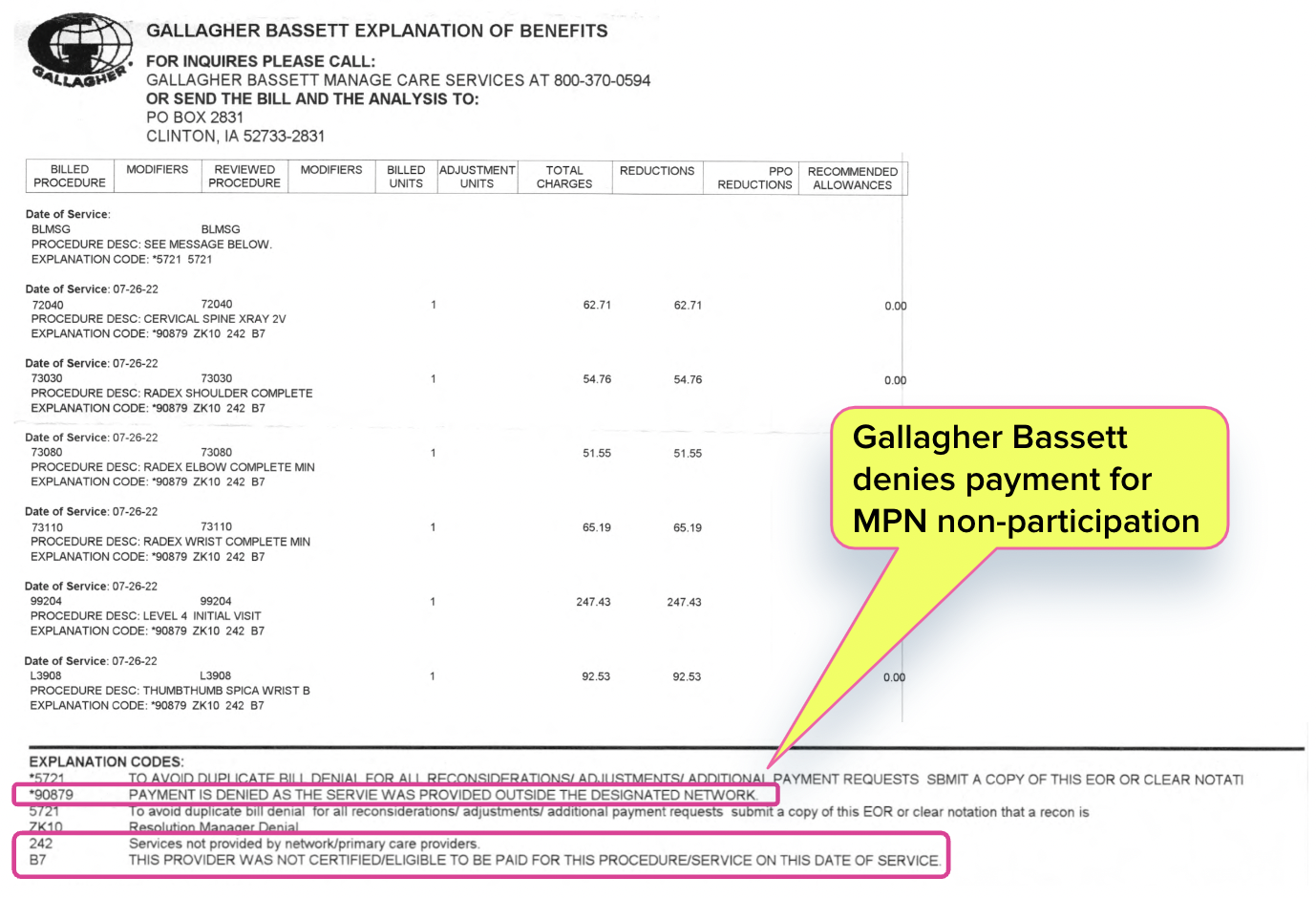 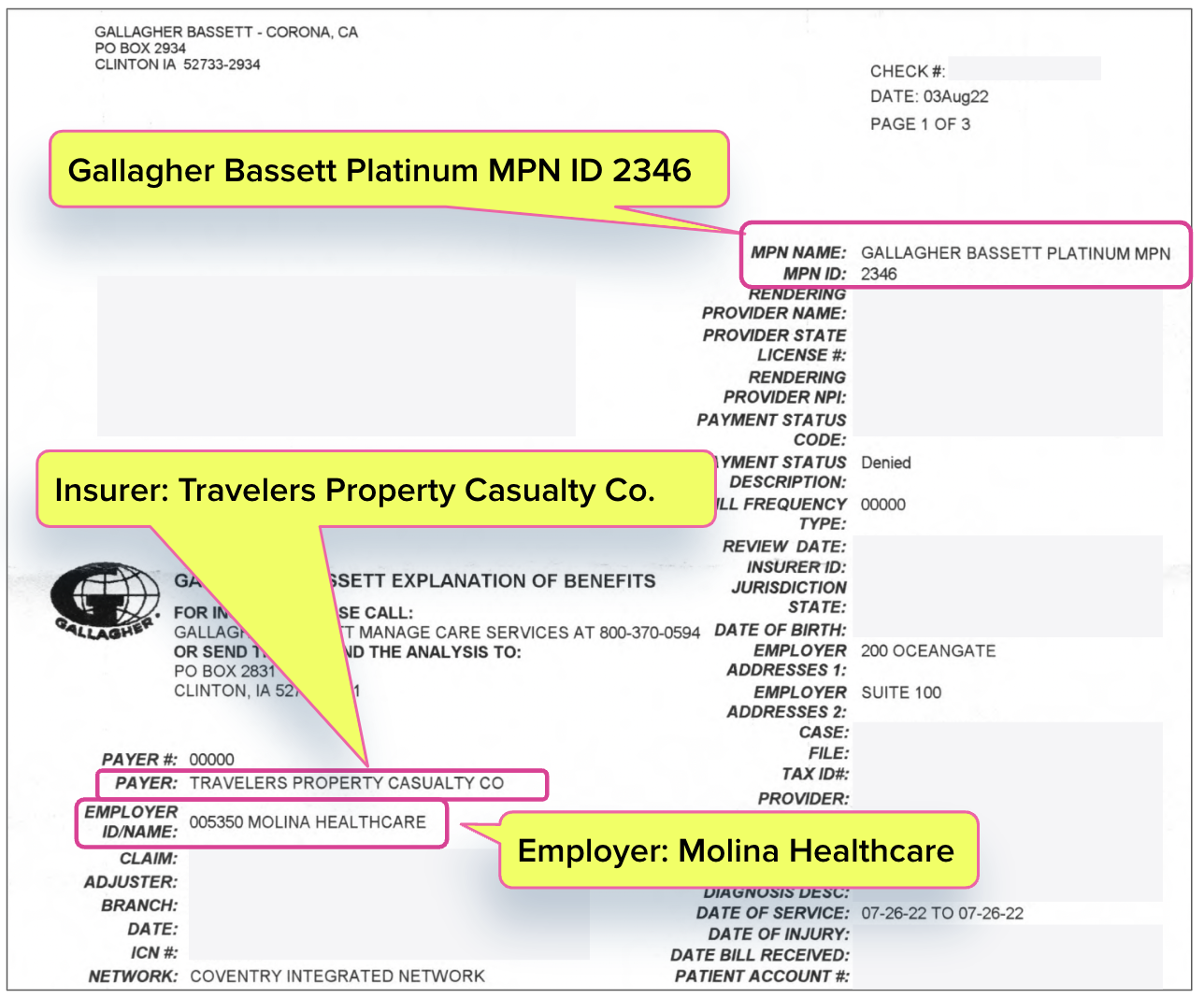 Yet there’s one serious problem: Gallagher Bassett Platinum MPN is NOT an approved MPN maintained by Travelers. As the DWC MPN list (below) shows, Travelers maintains a single approved MPN: CorVel/Express MPN. 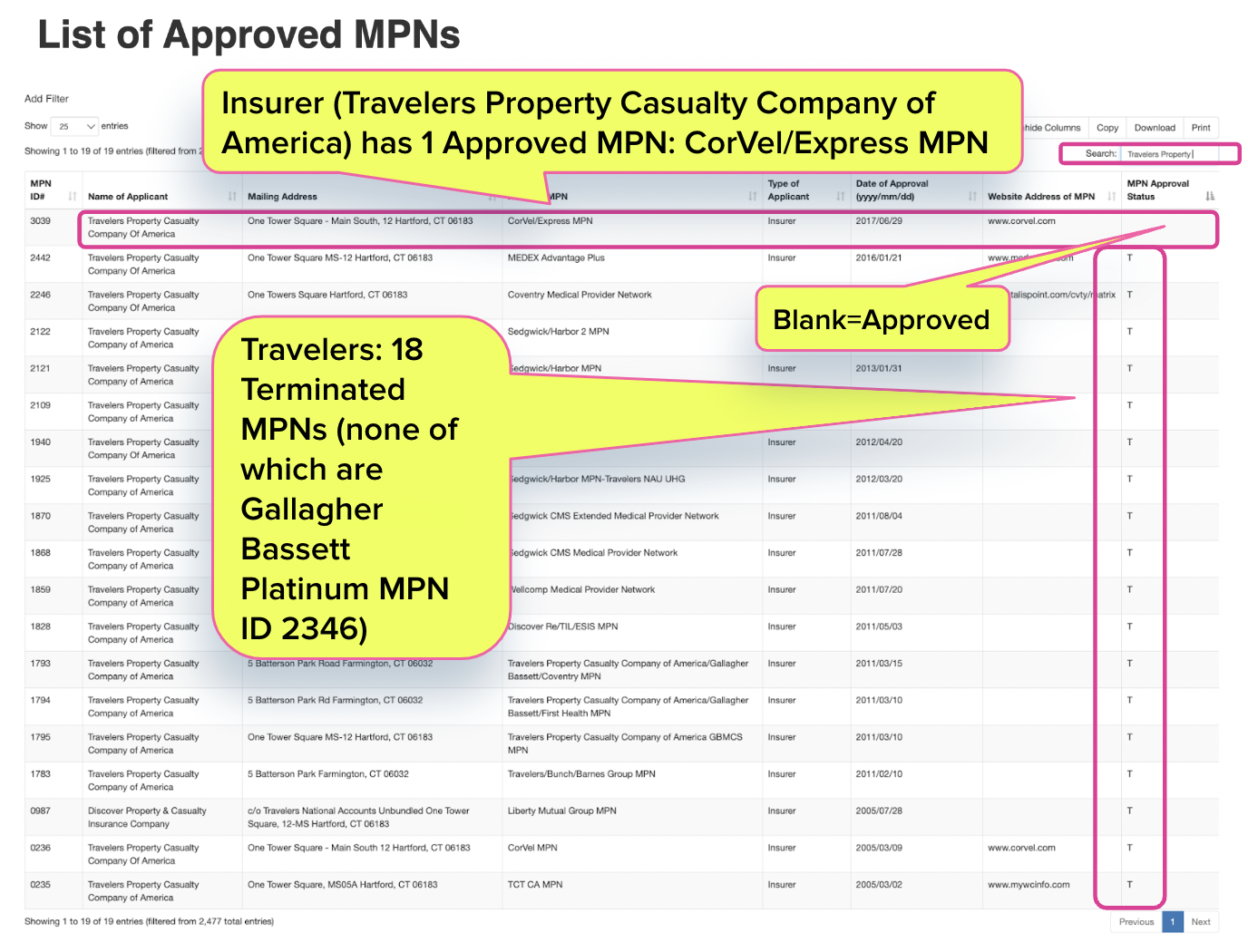 Rinse and Repeat Rant: This is insane payment abuse of doctors who agree to treat injured workers. Full Stop. How can providers be expected to devote the necessary time and resources to investigate every dubious MPN denial thrown their way? Unfortunately, many don’t; instead, they simply stop treating injured workers.